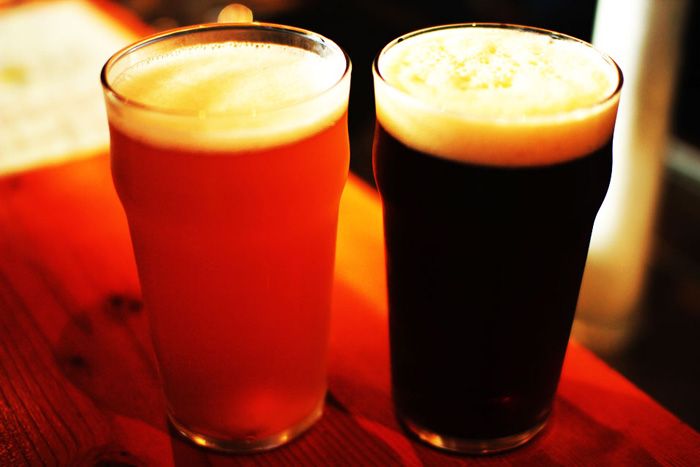 Whether Paul Kelly will feel moved to mark the occasion with a song is questionable, but for those of us keen to see the craft beer revolution spread into every corner of Australia, this promises to be a big week for Ballarat. The Mallow Hotel will be unveiling six new craft beer taps on Thursday, taking its total to 11 and giving the city’s drinkers a genuine destination for good beer. With Bendigo having succumbed to the craft beer crusaders at Bendigo Beer, after being given its first taste by The Dispensary Enoteca, and a couple of venues popping up in Geelong it’s about time one of Victoria’s main regional centres hopped on board – especially with Red Duck now brewing there and the inaugural Ballarat Beer Festival having drawn a sell out crowd in the thousands to the City Oval back in January.

“My husband and I moved here about two years ago and it was shocking,” says Mallow co-owner Sophie Robb. “We’d been a bit spoilt in Melbourne, where we’d worked at The Terminus and Royston and lived in Fitzroy and Northcote so we were disappointed with the lack of good beer, good food and good pubs. That was the reason we decided to start our own.”

Having made the decision to take over a venue, the process was “surprisingly quick”. A suitable pub came along with an offer too good to refuse and within two months the Mallow was theirs. They set about giving it an overhaul, replacing the majority of the existing taps with better beer and working on luring in the locals.

“I was pregnant at the time so we ended up having a baby and opening the pub a couple of weeks later – it was a pretty hectic time for us!” says Sophie. “It’s been pretty tough as we’ve had a lot on our plates but it’s got to a point where we’re really happy and have got new taps installed.

“When we came in the original six were Carlton Draught, Cascade Pale, Cascade Green, Cascade Light, Guinness and Bulmers. We ended up taking off one of the Cascades and put on Mountain Goat Steam. There was an uproar; people were horrified and thought we were crazy. It outsells Carlton Draught easily now…”

It’s a situation that left Sophie and husband Dallas confident enough to install the six additional taps, all of which are dedicated to craft beer. They’ll be pouring from them for the first time at 5pm this Thursday, when their beer offering (other than the lone Carlton Draught tap, of course, and one pouring Napoleone & Co Cider) will be:

“Some people are still shocked when they come in for the first time, but if you take the time to talk to them most will try the other beers,” says Sophie.

“I think Ballarat needs it. We had the beer festival here and that was huge but surprisingly no other pubs have jumped on the bandwagon, possibly because they are locked into contracts. Also, a lot of publicans will be wary as they are stuck in the same mindset as their customers. I hope it changes, although it might take a while.”

Given how fast things have changed in the likes of Bendigo, Brisbane, Ipswich and Newcastle in the past year – instigated by a few passionate beer lovers – hopefully it won’t be too long. Even if it is, at least Ballarat’s existing craft beer lovers and any visitors to the city can find a safe harbour when in the mood for a beer.

“I think it’s a wonderful thing,” says Dallas. “I’m happy that we’re the first pub here to do it.”