From the people that brought you Mountain Goat malt shakes come Beer Cocktails! Yep, that’s right. The folks at Beer DeLuxe are continuing along their path to educate drinkers about beer in the most unusual and creative ways, this time with a mix of hop-infused spirits and the use of actual beer or concentrated versions of the malts used in the brewing process to create twists on classic cocktails.

They’re the brainchild of barman Kris, a chef by trade, who decided to bring some of his skills from the kitchen to the front of house. 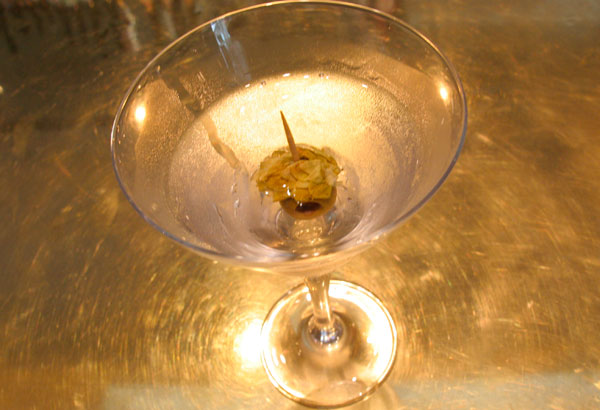 Among his creations are a Malt Whisky Sour (see above) that substitutes the concentrated wort – the sweet liquid created from water and malt in the mash tun in the early stage of the brewing process – from Mountain Goat’s Hightail for sugars and a Hop Martini using Vermouth infused with three different hops.

“To infuse the hops, I put the spirits into a bowl inside a hot water bath, add the hop flowers and stir for a couple of hours,” says Kris. “It happens pretty quickly.”

The infusion tends to give the white spirits a green tinge and a heady hop aroma, although the impact on flavour appears minimal. Also on the list are cocktails using Mad Brewers' Apple Saison, the delicious Hitachino Nest Sweet Stout (better in Crafty’s eyes than their much raved about Espresso Stout) and a Galaxy-infused, single hop vodka. 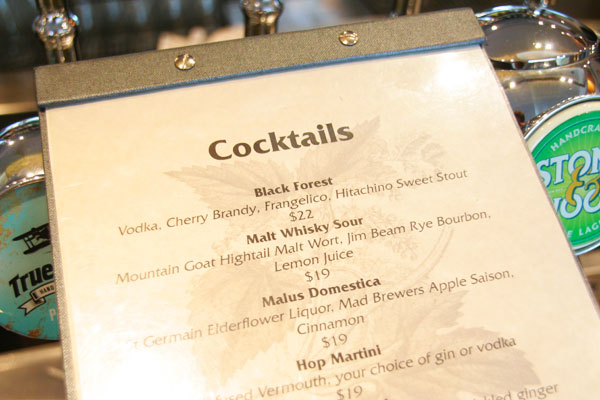 Crafty tasted the Malt Whisky Sour, in which the concentrated malt gloop really comes through on the nose and gives the cocktail some added body, and the Hop Martini, where the obligatory olive on a cocktail stick now comes with added hop flower.

They’re available now so give them a go and let us know what you think. The malty Goat Shakes are still available in the upstairs bar too.