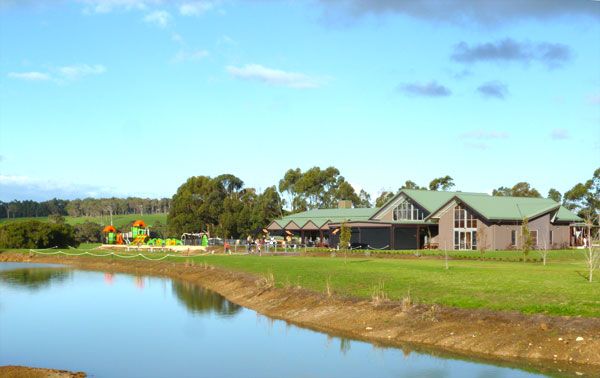 Driving from Perth to Margaret River takes less than three hours, which can make it easy to find yourself over-indulging in long winery lunches, strolling on postcard picture beaches or rambling on to some guy at a market stall who makes his own chutney. And, if you’re a bit of a beer nerd, you can find yourself spoilt for choice with many breweries now calling âMargsâ home.

The most recent brewery to open in Margaret River is Cheeky Monkey Brewery & Cidery, owned by Murray Burton, who is best known for Ferngrove Wines. Located on the long and scenic Caves Road in Margaret River, it opened its doors on May 5 to an eager crowd. And, despite being just a couple of months old the demand has already stretched the new brewhouse to its 12-hectolitre capacity. Head Brewer Jared Proudfoot (aka âRedâ) has two additional tanks on order and, judging by current demand, he really needed them yesterday.

As you enter the doors, Cheeky Monkey welcomes you with a variety of open spaces defined by assorted styles of furniture: high tables near the bar, long tables for big groups outside and cosy couches with ottomans by the fire. Food is available all day, which is great for the unplanned spontaneous visit and, with a kidâs playground to rival a small theme park, Cheeky Monkey will be easily tagged as a âfamily friendly destinationâ; the Margaret River region is a tourist hub for the South West and, unlike most of the wineries, the breweries need to appeal to a far greater demographic than your regular beer geeks.

Along with great beer, service and food you also have to entertain the kids, hence the playground. But you also need to give the sports fans something to look at, the music lovers something to listen to, the tourists something to take pictures of, and the locals something they will come back for. Thatâs one hell of a crowd and Cheeky Monkey seem to be hitting all the marks with a little footy on the TV, the occasional bit of acoustic guitar, a pretty little lake out front and all set amid a perfect country setting with some damn fine beer. 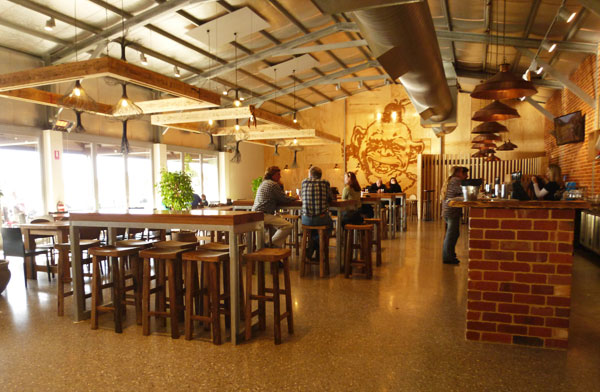 The brewery itself is brand spanking new and, while those stainless steel tanks are a bit shiny now, Cheeky Monkey is just a few months away from its first summer – nothing like peak season to really test the new equipment… Theyâve got a cool room full of hop pellets and a messy desk covered with notes and funny pictures, which makes itâs easy to look around and wonder how or why anyone works in a regular office. The brewhouse is behind closed doors and though customers canât see the brewing process they are invited to have a chat with Red. It highlights one of the great aspects of the Australian beer community; Iâve yet to meet a brewer who doesnât have the time to chat with a fellow beer lover.

Red grew up in Margaret River but when he applied for the head brewer position at Cheeky Monkey he was still in Scotland working for craft beer punks BrewDog. In 18 months there he worked his way up from a novice to senior brewer (top dog you could say…) and he felt ready to return to his hometown.

He quickly settled in to his first head brewer position and was given freedom in creating his beer list. The original list he pitched to the owner is the same one youâll see on the taps today. The beers reflect both the knowledge he gained and the non-traditional approach to beer styles that he loved about BrewDog. It also appears fitting with the venueâs attitude; as the name Cheeky Monkey implies, they want you to take a seat, enjoy some beer and, above all, donât be afraid to have a little fun.

Currently the beer line up consists of five beers; four core brands and a special release under the label âBrewerâs Choiceâ. The Hagenbeck Belgian IPA, Hatseller Pilsner, Old Reliable Classic Pale Ale and Traveling Monk mid-strength Red Ale make up the core beer range with a sweet pear and dry apple cider on offer as well to provide customers an alternative. Hopefully thereâs something on tap to suit all curious palates. The first “Brewerâs Choice” was Redâs choice (his assistant Dave will have his time in the spotlight soon) and is the Southern Wailer; a Black IPA that sold out in quick time. For the next, Red is using cocoa nibs and husks from local Gabriel Chocolate to create a winter warming chocolate stout.

The beers will be tweaked a little more before Red throws them into the Perth Royal Beer Show in November, the first awards he will have entered as a head brewer.

âIt seemed like the right thing to do,“ he says of the choice to enter them into his home state awards first rather than earlier at this years AIBA or The Royal Adelaide Beer Show. Red admits that his beers donât fit neatly into the categories for awards but this isnât an accident. In what could be the influence from his time with BrewDog, Red brings a degree of that boundary-pushing approach to his own beers. Hagenbeck, the Belgian IPA, is a move away from the more popular American IPA style, with Belgian yeast adding an interesting banana and more hefeweizen-like characteristics to his IPA. The Hatseller Pilsner is made with all New Zealand hops, making this Kiwi Pilsner something with âa little more characterâ than your average pilsner. 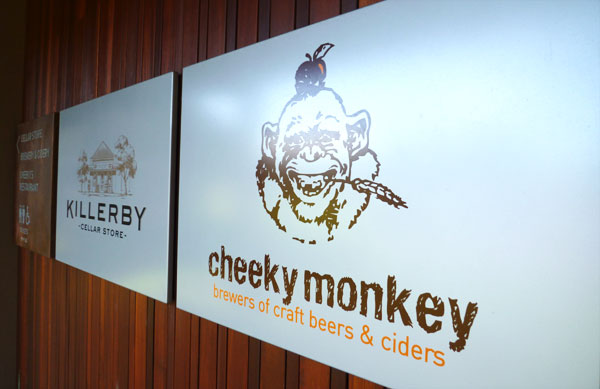 The future for Cheeky Monkey looks busy. At this stage the Old Reliable Classic Pale Ale and Hatseller Pilsner will be first into kegs and bottles, so hopefully itâs not too long before you can get a pint of Cheeky Monkey at your local craft beer loving venue. [To date, the beers have only appeared on tap outside the brewery at the Great Northern during Good Beer Week as part of the Pint of Origin series] The bottling will require help from their friends at Billabong Brewery and youâll also see selected beers released in take home five litre kegs just in case carrying a case out of the bottleshop doesnât tickle your fancy. Cheeky Monkey will also launch a series of regular beer events, with the first planned for late August: a dinner to showcase the core range currently on offer. Red hopes to keep the locals interested with events like these and with an already strong Friday afternoon following it seems quite possible.

With a lot of items on the Cheeky Monkey to-do list it appears Red will be keeping very busy. âIâm a brewer. Iâm not happy unless Iâm brewing,â Red says, and by the sounds of it heâs going to be kept happy for a quite some time.

This is the first article for The Crafty Pint by Pia Poynton, a craft beer loving lady from WA currently working and living in the Margaret River region. She has her own beer-flavoured blog called Girl plus Beer, which you can check out here. Alternatively, keep up with her adventures in beer and food via Twitter.