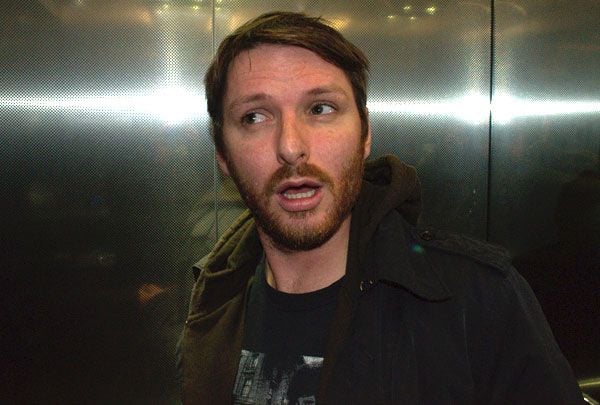 Blog Of The Month: Ale of a Time

You may have come across Ale of a Time before. It’s been running for nigh on two years now, after all. If you haven’t, there’s a good chance you’ve come across its creator’s writing before anyhow. Or, if you live in Melbourne, you’ll probably have rubbed shoulders with him at a beer event or three.

After starting his blog in 2010, Luke Robertson was spotted by the editor of Australian Brews News and has become an increasingly regular contributor to the site. Most likely, you’ll have read his series of previews on the brewers who created one-off beers for May’s Great Australasian Beer Spectapular, while most recently he documented his trip to Wellington for this year’s Beervana.

He’s among a growing band of bloggers looking to develop their beer writing in other fields and well worth a read. Here’s what he has to say about himself, his blog and, of course, beer.

Name of blog:
Ale of a Time And you’ll also find me here

When did you start the blog?
I think it was November 2010

I write about:
Started off as beer reviews but I try to get keep it original with some travel stuff or interviews and the occasional rant…

What you do when not blogging:
Work full time as a âContent and Media Data Specialistâ (yeah I don’t know either).

Other hobbies include, Yelling at the TV, homebrewing, and sitting quietly.

Why did you start writing the blog?
It actually started as a university project. I was a few units into a âsocial mediaâ degree and one task was to start a blog and a twitter. I figured beer was a good topic.

Why should people read it?
I refuse to use the word ânotesâ when describing a beer. [Hint taken, Luke – Crafty]

What do you love / enjoy most about beer?
The variety, the history, the people and the places… OK, that’s four things. Let’s say the variety. From 2 per cent berliner weisse to 18 per cent imperial stouts, beer has something for everyone. Most people just don’t know that yet. 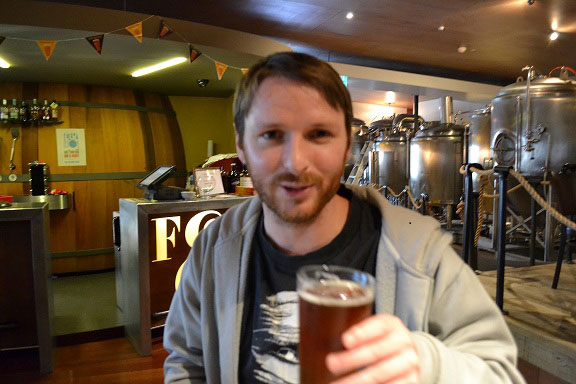 Ale of a Time: Fully focused on the beer

As if any other country in the world would have a brewery called âFeralâ. Anyway, that beer is number one for me.

Favourite non-Australian beer?
I had a Cantillon Lou Pepe Framboise the other day â I reckon it’d be tough to top that.

Favourite place to enjoy a beer?
Recently my brother moved over to Melbourne and every Sunday he comes over for a big dinner. I don’t think I can think of a better place for a beer than at home with my girlfriend, my brother and a Sunday roast.

You probably want a bar though, so the Courthouse Hotel in North Melbourne – fantastic bottled and tap beers and it’s comfortable and cosy; or the Bay House in my home town of Westport, New Zealand. Sitting on the deck in the sunshine watching the surf roll in is pretty spectacular.

Hopes for beer in Australia?
To go into any bar and find at least one locally owned brewery on tap and to not have to settle for wine at a restaurant. Fine restaurants often have every ingredient down to perfection â house baked bread, locally made butter and salt etc â yet are happy to serve five types of internationally owned green bottled lager and some cheap internationally-owned-so-called “locals”.