Beer, bars and bands. Is there a finer trio of activities on which to dedicate your spare time? Certainly not in the mind of James Davidson, aka jayelde, creator of the blog of the same name that’s dedicated to his three favourite social pursuits.

Since launching in February of this year, it’s become primarily a document of his ongoing exploration of the world of craft beer, an exploration that brings to mind the words of Jason Pierce in Spiritualized’s Straight and the Narrow: “I don’t fall off the wagon you know / I take a dive and go as deep as I can go” – not, we should add, that we’re suggesting that James is in any way a lush!

His enthusiasm and passion for good beer have seen him join the roster of writers contributing to online beer magazine Oz Brews News – and has rubbed off on his wife to the extent that she regularly cooks with beer and will be supplying Crafty with one of her recipes in the near future. He’s the kind of guy that celebrates his engagement with a bottle of Holgate’s Beelzebub’s Jewels instead of champagne, therefore just the sort we want on Crafty. So here he is…

I write about: All things beers, bars and bands, primarily focused on my personal experiences of craft beer; Melbourne pubs, beer bars and local live music venues; and little Aussie bands that may not normally receive deserved exposure or attention for their live performancesâ¦ or I just like them.

What you do when not blogging: Work in Communications at CSIRO, helping the world understand and access all things science.

Why did you start writing the blog? Essentially, the blog was created as an outlet for my eternal journey to discover the best beers, bars and bands that I can find. It is driven by my passion for writing and social media, combined with a strong desire to share with fellow random locals the joys of Melbourneâs beer and live music scene.

I was also keen to focus the blog on the not-so-trendy or well known places and artists that deserve more recognition, if only just for doing their thing and doing it well. 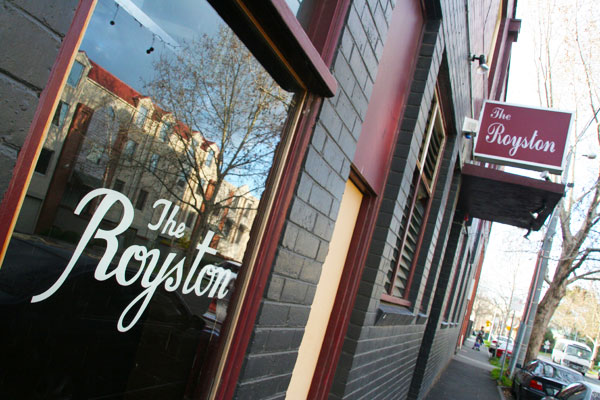 I love to support the âlittle guysâ, doing whatever I can in my own small way for local businesses who are independent or do not have the backing of a major corporation, because I find that is were real passion and quality transpires.

Why should people read it? For a personal account of what is good and bad about being a random beer-loving, gig-goer in and around Victoria (and sometimes beyond).

I do not have any professional connection to the brewing, hospitality and music industries. Therefore, I tell it like it is and my perspective is of the common person, a regular patron and consumer.

With my over-organised personality, I love to know a little about something before experiencing it for the first time. Therefore, I will often research online any venue, event or product that I am planning to encounter. However, I am often frustrated by gaps in the information available, such as the basic details of a barâs opening hours. Hence, my blogging aim is to provide some insight into how best to enjoy beers, bars and bands, expanding on the often limited or commercially driven information that you can find online.

What do you love / enjoy most about beer? The astonishing diversity of the brews and the passion of the brewers. I will never cease to be amazed how much brewers can do with only hops, malt, yeast and water! In my experience, the variety in taste, texture and performance available in beers far exceeds that provided by any other beverage, including wine and coffee.

Socially, the conversations that beer can open up, on any level, will forever keep me coming back for another round.

Also, a good beer will make anyone smile!

Your favourite Australian beer? I could never pick one!

I have tasted too many brilliant, flavoursome and unique beers brewed by Australian microbreweries to be able to pick a favourite brewer or beer style, let alone an individual beer. My beer discovery journey has taught me that the enjoyment of a beer is just as much dependent on the time, place and situation as the beer itself.

Initially, it was Holgateâs Big Reg (a malty red Vienna Lager) that opened up my eyes to the Australian microbrewery industry, so that beer will always be a sentimental favourite for me. It is also a fine session drinking beer! The other Aussies that I truly love as anyday beers include Mountain Goatâs Hightail Ale and Little Creaturesâ Pale Ale.

Beyond that, this year I have experienced incredible delicious joy when drinking Holgateâs Beelzebubâs Jewels (barrel-aged and triple-fermented barley wine), the B2 Bomber Black Belgian IPA from Bridge Road Brewers and Moo Brewâs Imperial Stout. If I was rich, I would drink nothing but these beers during the winter months. Unfortunately, they are all very limited, with the B2 Bomber a one off small batched brewed for the 5th Anniversary of Bridge Road Brewers.

However, there really can be a moment for any beer. For example, I had no problem drinking pints of XXXX in a regional Queensland pub over a game of pool on a warm afternoon, especially because the pint was only $4.50 (and XXXX was the only beer option)! In any other time and place, I would give XXXX a very wide berth.

Favourite non-Australian beer? As a session, drinking beer BrewDogâs 5am Saint and Punk IPA are the benchmark for me. For something a little richer, I can never get enough of the Meantime Coffee porter or the NÃ¸gneÃ Imperial Stout.

Favourite place to enjoy a beer? For pure convenience and grungy personality, my âlocalsâ in The Royston Hotel and Mountain Goat Brewery, which can be found side by side in Richmond. 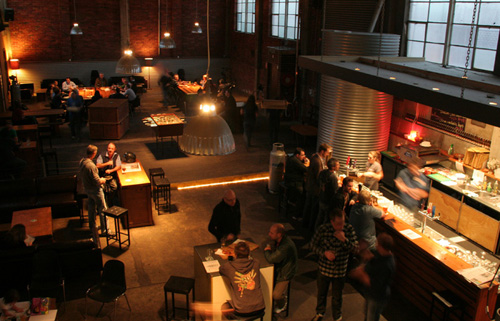 A very honourable mention also goes to Melbourneâs Biero Bar, for providing a new twist to experiencing high-end craft beer. Further, their upfront and straight forward tap beer pricing ($5 pots and $10 pints) makes drinking there on a budget so easy and can amount to some serious bargains, considering the wonderfully unique beers they have available on tap.

Otherwise, any good beer garden/beer rooftop on a sunny day is a winner for me, as long as they offer some beer variety. A great example is the rooftop of The Fox Hotel in Collingwood.

Hopes for beer in Australia? Firstly, for the wider population to at least be aware of the variety in beer styles and quality available to them, along with willingness to regularly try something different. Beer drinkers need to know that there are much better beers than the common lagers brewed by Fosters and Lion Nathan. Also, many of the fashionable âPremium Importsâ are locally brewed under licence and do not stand up to the taste and quality of local craft and boutique beers. Such knowledge and awareness will only come from wider accessibility to craft beers, which will require a new level of support, cooperation and fair competition across the beer and hospitality industries.

Next, I hope to one day be able to walk into ANY Australian pub or bar (not just a speciality beer venue) and see at least half the beer taps pouring quality craft beers from microbreweries and independent brewers, right along side the usual well know lagers produced by multi-national macro breweries (if they must still exist).

Ultimately, I would love for Australia to no longer have a ânational beerâ or for your beer choice to be determined by the State you are located in (VB in Victoria, Tooheys in NSW, XXXX in Queensland, etc). Rather, for Australia to be renowned as a destination for beer diversity, invention and benchmark quality, as well as the home of some of the worldâs best craft beers. There is a very very long way to go before this could become a reality, with Government support at the top of the shopping list, but we may just be at the cusp of something exciting!

For now, Iâll just keep blogging about it and hope that it will interest readers in exploring more beers.