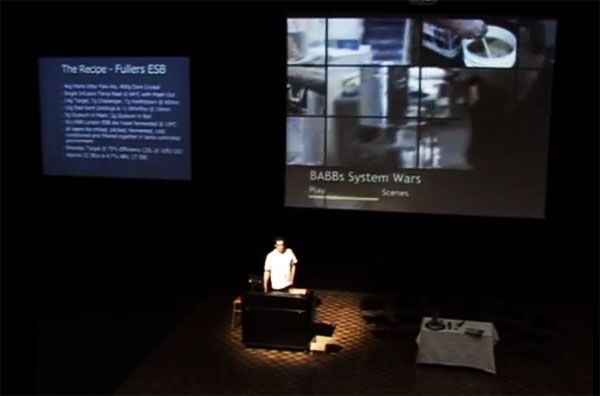 The craft beer scene in Queensland has been enjoying welcome growth in the past couple of years, with a steady rise in the number of quality beer bars and new breweries. Its home brewing scene is equally healthy too, and the two worlds are set to collide next month when the second Queensland Homebrewing Conference (QHC) opens the second Queensland Beer Week.

Two years on from its debut in 2011, the QHC returns “a little bigger and a little better”, according to founder David Kitchen. The day long event features presentations from five top Australian brewers, the introduction of breakout sessions and a first appearance from Spiegelau, who will be running a similar glassware masterclass to those that dazzled The Crafty Pint during Good Beer Week last month.

“I had been to the Australian National Homebrewing Conference each year,” says David, who runs the Brewers Choice Home Brew Store chain of six stores around Queensland. “At the first one in particular I was stunned at just how good it was and by the time the second one came around they were looking for other states to do it.

“I suggested to one or two other people up here that we could take it on, but they didn’t want to do it. I thought we could at least do a state one and put the idea to a couple of the local clubs to help. They told me it couldn’t possibly be organised in less than a year but we did it in six months and ended up having a fantastic conference.”

The Queensland event runs on alternate years to the ANHC and in its fallow year last year held a world record attempt for the most people brewing in one place at the same time. So did they succeed in setting a new mark?

“Yes,” says David, “because there wasn’t one! Guinness won’t recognise alcohol-based records any more, which for a company that sells beer seems rather odd. So we made up our own certificates and as far as we’re concerned it was the most people brewing in one place at one time.”

This year’s conference takes place on July 13 at the Southbank TAFE. Speakers include Ben Kraus from Bridge Road, Ian Morgan from Holgate, Josh Uljans of Moon Dog, Ian Watson from Fortitude / Noisy Minor and Wade Curtis from 4 Hearts. Breakout sessions include brewing sake and yeast cultivation, while there will be Club Wars and a dinner to end the day that will be wrapped up with a speech from a couple of the characters behind The Scratch.

All in all, it’s a day that’s set to fully celebrate the local home brew scene.

“There’s probably nine or 10 clubs around, with five, six or seven in greater Brisbane,” says David. “We have got some very, very good brewers and took out the national homebrewing title this year for the first time.

“It’s really in the last two years that the whole craft brewing thing has moved ahead significantly up here, and part of that has been driven by Brisbane home brewers. Wade Curtis is an ex-customer of ours and there’s another one who is setting up a brewery now.

“We decided to move from November so the conference could be part of Beer Week as we are the main sponsors as well. Numbers wise I’m reasonably optimistic that we will hit more than 200. We’re already at the same numbers as last time and there’s still a few weeks to go.”

If you’d like to be there, you can buy tickets via the QHC website. There you’ll find a full rundown of events and speakers too.

The full program for Queensland Beer Week has now been released online too – check it out here.