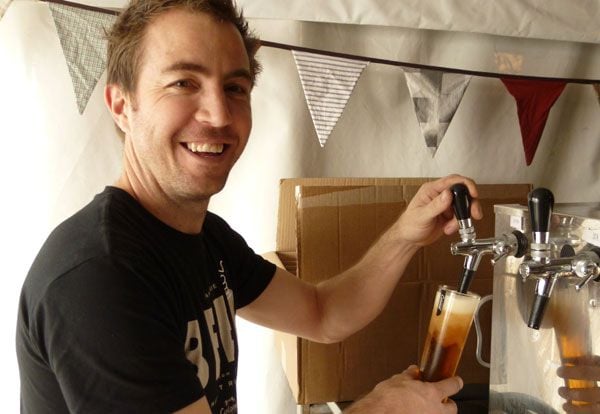 If you had the last keg of a limited release baltic porter, what would you do? Most of us would grab an empty glass and start pouring but Justin Fox, head brewer at Colonial Brewery, instead saw an opportunity to create something different.

The beer in question was the Margaret River brewery’s Baltic Porter, or “Balty” as he was affectionately known at the time, and was released last October as part of Colonialâs limited edition series of long lost beer styles. Balty was silky smooth, with flavours of dusty chocolate, rich dark fruits and black coffee, and almost a year later was still drinking beautifully.

Colonial Brewing are also sponsors of the Truffle Kerfuffle, a festival celebrating all things truffle, and thus an idea to fuse the two was struck: âBaltyâ was indulged and infused with half a kilo of fresh Manjimup black truffles. The result was a one-off created especially for the festival that was very moreish, with soft cacao sweetness and strong earthiness. Itâs a damn shame only a handful of growlers made it out of the festival (one of which may or may not have made it into this happy writer’s fridge…).

But while the beer’s only public appearance was at Truffle Kerfuffle, it got people talking. Some liked it and some didnât, some found it interesting and some werenât really sure. But the people behind the beer certainly took something from the experimentation with flavour and the banter with punters that followed. They liked it so much so that it is a concept at the heart of Colonialâs upcoming new beer series, âProject Xâ.

If âProject Xâ sounds mysterious and fun like some sort of Austin Powers mission, then so it should. The beers produced under the label could be anything and wonât be brewed to any specific style. Quantities might be as little as two kegs or as many as twenty and they will only be released to craft beer loving venues.

âItâs an avenue to do something quite different and get it out to people,“ says Justin (above at Truffle Kerfuffle), who has put together a pilot brew system for Project X and will work together with brewery manager Richard Moroney and assistant brewer Sorcha Gillen when developing each beer. He sees it as a great compliment to the very style-based nature of Colonialâs existing core range and, while there havenât yet been any hints about what sort of beers to expect, Richard confesses that some ideas are quite extreme.

Given the craft beer world is full of people experimenting, this might not seem so unusual, but the team at Colonial intend to take things a little further. They want to know what you think too.

In a first for the brewery, each Project X beer will be released with an evaluation card. Richard hopes for honest feedback, even if itâs not flattering. 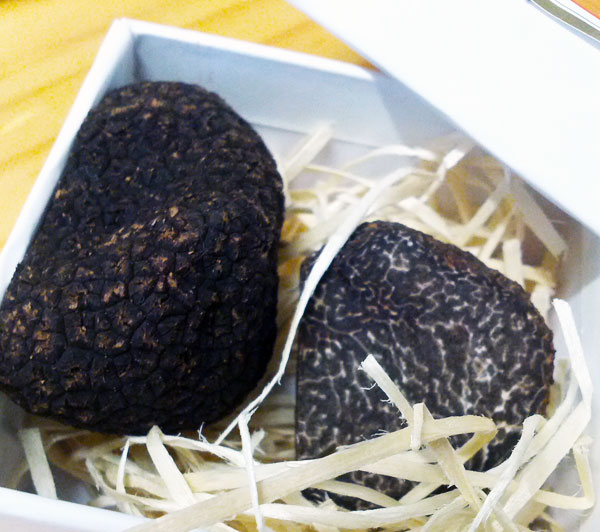 Where it all started: with a kerfuffle over truffles.

âWe want people to turn around and tell us if itâs shit or too confronting,“ he says.

While the feedback may influence and guide the beers, the goal of Project X isnât to create a crowd-sourced beer. Justin and Richard hope Project X will instead contribute to the growing craft beer culture by encouraging more chat about beer, its flavours, what you liked and what you didnât like. According to the people behind the scheme, without a label telling you what style of beer it is, the clutter of style expectations and perceptions on what you âshouldâ be tasting is thrown out of the window.

âHereâs a beer we created,“ explains Justin. "Sit down, drink it, tell us what you think.” It’s an invitation that’s quite simple but appealing too.

A release date for the first Project X beer hasnât been set, but Justin expects the first beer to appear before winter is over. Keep an eye on our New Beers section and the Colonial Brewing Facebook page for updates on where Project X will pop up near you. And donât forget to take your pen when it does.

Thanks to Pia Poynton for the article. You can follow her adventures in the WA beer scene at girl+beer.