Howling At The Moon

First, a reminiscence. Back in June, while following the exploits of the Beer Ambassadors as they toured America’s craft breweries, Crafty had a thought: “Someone in Australia should set up a brewery that only makes ridiculously out there beers. They should sod the 4.5% pale, the wheat beer and the porter, announce themselves with something like an Imperial IPA, charge higher prices accordingly and say, ‘This is what we do. Like it or lump it.’”

Admittedly, Crafty was on a heavy course of opiates at the time after discovering that when a car hits a pedestrian, the pedestrian comes off worse. Yet just a couple of weeks later, a business card for Moon Dog Brewing caught his eye on the counter at Carwyn Cellars. “Moon Dog, hey? That’s not the first time I’ve heard that name…”

“We’re looking for a site in Richmond and hope to open early in January,” said Josh, the chap whose number was on the card. “We’re working on recipes for our first beers now. There’s a spiced Pumpkin Ale coming in at 8.5% and…” 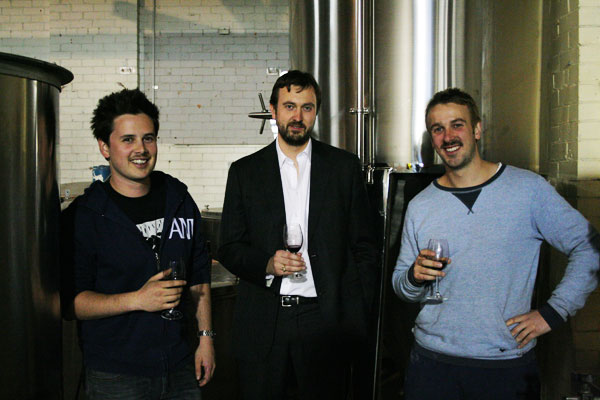 “What? As your first beer?”

“Wow. You want to know what I’ve been thinking over the past couple of weeks…”

Fast forward to November and Josh Uljans and his Moon Dog partners – older brother Jake and mate Karl van Buuren – have secured their site in Richmond, purchased most of their brewery gear and are spending every spare minute getting it ready for what they hope will be their first commercial brew in January. Quite what that will be isn’t yet clear, but the recipe ideas on their whiteboard indicate it will be suitably nuts: possibly a huge IPA variant, possibly a spiced stout with brandy, possibly something aged in one of their bourbon barrels, perhaps a tentatively named Intergalactic Baltic Porter. Whatever it is, it will be in keeping with the fledgling Moon Dog story. 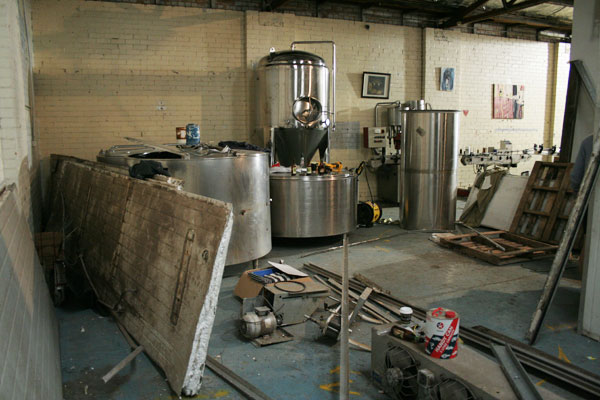 Ignore the day jobs (two business analysts and a lawyer) and concentrate on the fine print. The factory sits between CUB’s Abbotsford site and a brothel (The Duchess), their current brewery sign consists of duct tape stuck to a wall, they bought most of the equipment off eBay (including a 60-year-old compressor that may be useless as the CFCs it requires are now illegal, a tank used by a business specialising in seaweed-based cosmetics and an open fermentation tank from the former Wagga Wagga brewery that hasn’t been used in around 80 years) and the Uljans brothers have both taught the violin in the past.

“The beers are going to be outrageous,” says Josh. “Unique and innovative.” And “fucking big” in the case of the IPA, apparently.

“We want to expand the types of beer that people might not otherwise have tried before,” adds Karl. “We’re going to work on developing our own yeasts so we can take our beers into the teens and beyond without having to rely on techniques like freeze distilling.” 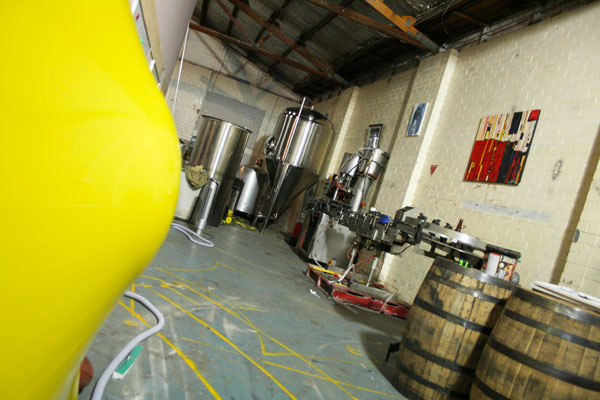 Their plans are nothing if not ambitious and, unless you’d met the three of them (all still in their 20s), you’d suspect born of the kind of madcap thinking inspired by ingesting Bill Hicksian levels of shrooms. But, given their business backgrounds, you’ve got to believe they’ve thought it all through and are confident there’s a market. Certainly that was Crafty’s reckoning back in the opiate days – there’s a growing number of hardcore beer lovers out there on a constant search for something new and, with most of the more extreme beers still coming from overseas, willing to part with cash for the experience.

One thing’s for certain: their beers will need to be good from the start.