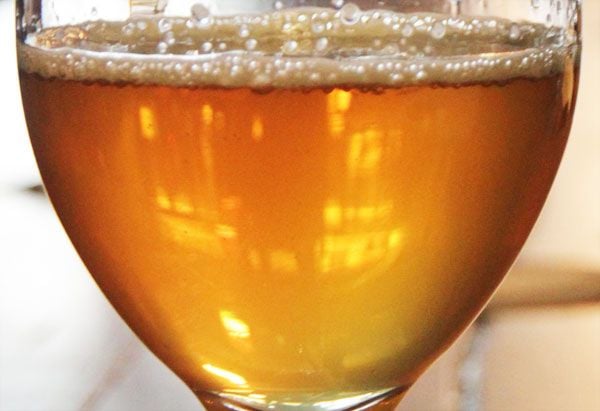 With summer approaching, we decided to look at the lighter end of the beer spectrum for our next Blind Tasting. As such, we opted for a rather loose collection of beers that fall under the Golden / Summer Ale bracket. And, as usually happens in these circumstances, we sent resident Beer Scholar Chris Brady for a trip down Memory Lane to find out a little more about them before they passed our lips.

A lot of the good things in life are golden (golden hour, golden handshake, Golden Plains, Spandau Ballet’s 1983 hit Gold). So it comes as no prize that there’s also a golden ale. Golden ales share the mass appeal burnishing all things golden (including the Spandau hit, admit it), and are the perfect accompaniment to that most golden of seasons.

The birth of a style

Summer is great. Everyone loves it. We often have holidays, spend more time outdoors and happily wear less clothes than we usually would. Summer is a time for lazy afternoons, balmy evenings and cold, pale beers. Unless you’re a psycho who enjoys glugging room temperature Russian Imperial Stouts whilst sweating bullets, summer drinking demands a particular type of ale. Hot weather beers must be sessionable and delicious, and many drinkers, as they stand around a barbecue poking blackened bits of ruminant, demand beers that are characterful without being overly obtrusive.

In the dim and distant 1980s, lager was the only beer to sup in the sun. Here in Australia that would often meaning neutral lagers at labelled as “bitter”. Over your scribe’s homeland, the UK, it was a similar picture with thirsty hordes of ruddy faced office workers scorching their alabaster limbs on the three hots days of the year whilst throwing down Eurolagers such as Carlsberg, Skol and Heineken. If you really fancied yourself as a connoisseur you’d drink Stella Artois, which was marketed as being “Reassuringly expensive”. Or, if you were a pasty English teen, you’d drink cheap cider that came in 2 litre bottles because you were only 15 and didn’t know any better. [Or cans of Aldi’s Saracen Lager – four for 99p and 4 per cent ABV when they first came out – Crafty]

As for ale, well, ale had a problem. People didn’t want to drink it in the heat. In fact people increasingly didn’t drink it at all. It was perceived as too dark, too heavy and too boring. Ale brewers faced a challenge. They needed to produce a beer that would successfully compete with lager for what marketers call “share of throat” without alienating ale drinkers with a dumbed down bitter.

One of the first beers to successfully pull off that neat trick was Summer Lightning, which was brewed in the cellar of a Wiltshire pub by the then tiny Hop Back Brewery. Summer Lightning was launched in 1989 and unwittingly helped to mint a new style, the English Golden Ale. Summer Lightning was a runaway success that spawned a number of similar easy drinking ales but satisfied both sweaty lager boys and bearded ale drinking curmudgeons.

Contemporary craft beer satisfies an evermore adventurous drinking public with the ESB’s, DIPAs, RISs and any number of acronyms you care to think of/invent. Yet there are times when even hardened beer geeks find themselves hankering after an easy summer drink. And let’s not forget there is also a vast horde of drinkers who want something a little more adventurous and crafty than, say, VB or XXXX Gold but aren’t ready for the full acronym assault.

This is where golden ales neatly step in and fill an overlap in the consumer Venn diagram, where a craft beer drinker and his macro father-in-law can share the same beer (and by share I mean two glasses not two straws). In this way, golden ales could be said to be the ultimate “gateway beer”.

These days golden ales is have well and truly come of age and there are plenty of examples to choose from, though some are not labelled as “golden”, but attract tags such as “summer”. The big, summery crowd-pleaser in recent years has been Stone & Wood’s Pacific Ale, a hugely fruity slayer of the bland that, if recent expansions are anything to go by, is still pulling in new drinkers. Brand new beers seem to pop up daily, with both Feral and Mountain Goat having recently unleashed their own summery takes on the style.

Golden ales are refreshing and reasonably low in alcohol (often in the 4 to 5 percent ABV range). Malt flavours are restrained as these beers are generally all about the zesty, quenching hops. These hot flavours and aromas can vary depending on whether the beer follows the English nation or is more New World in the cut of its jib. Having said that, there can be some overlap here as many brewers choose to go down the hybrid path, using both American and English hops to create a sun-dappled melange of fruity, floral and citrus tones. [And let’s not forget those who take inspiration from elsewhere, such as Red Hill and 3 Ravens with their more “kolschy” or “altbier-y” Golden Ales – Crafty.]

Fans of more forthright beer styles might feel that these golden summer ales, in trying so hard to please all of the people all of the time, run the risk of being just okay, without ever being truly special. However, the best examples can be magical and it’s worth remembering that time and place are important factors in our enjoyment of any food or beverage – a fact that anyone who’s ever had a particularly fine golden ale overlooking an iridescent ocean under a coruscating sky can attest to! Use of the term has dropped away somewhat in recent years, but there's really one way one to describe Edward Kerr's research into barley protein at the University of Queensland: microbrewing. read on This year marks the 50th anniversary of the first postgraduate brewing course offered in Ballarat - and there's no sign of the course slowing down. We chatted to a few of the key figures from the past half century about its past, present and future. read on