Smiles From Beer To Beer

There are many ways of starting a new business. You can spend years carefully plotting every step, drawing up reams of business plans, running projections through computers, seeking advice from far and wide. Or you can decide that it’s time to let the head rule the heart and, to quote The Crafty Pint’s Aunty Valerie: “Follow your dream!”

Now, we’re not saying that no planning went into Simon Dunstone and wife Kate Henning’s decision to quit their well paying jobs and buy a brewery in a large shed in the 500 person town of Myponga. But listening to their tale, there’s a refreshing innocence to the adventure they’ve embarked on in the company of the three dogs after whom the Smiling Samoyed Brewery is named – especially in the very early days after they took over the reins of the former Myponga Brewery in November 2012.

“We didnât even know where to buy a keg of craft beer,” admits Simon. “So we rang up breweries that we’d been to and asked if we could have some.”

This being the craft beer world, the answer was, of course. “Yes.” And soon beers from Lobethal Bierhaus, the Steam Exchange in nearby Goolwa, and Brewboys were pouring alongside what little beer from the former brewery was deemed good enough to avoid the drain. Lobethal was the first beer to pour, which seems only right and proper as it was a visit to that brewery in the Adelaide Hills that set Simon on the path to becoming a brewer.

“We both developed a passion for craft beer since getting together,” says Simon. “I used to drink Coopers or James Squire Golden Ale then discovered this world of craft beer. Lobethal was a big moment for me. I thought, âThis is cool, Iâd like to do this one day.‘â

Now that they are doing it, working together on everything from brewing and packaging to running the bar and cooking pizzas (while studying brewing at Ballarat), the support from the SA beer community has remained strong. Simon was invited to showcase his beers and be part of the panel at our recent IPA Blind Tasting at The Wheaty (where his IPA polled fourth in the public vote ahead of big hitters like Feral and Little Creatures) while the brewer at McLaren Vale, just up the road in Willunga, has offered to store their grain if space becomes an issue.

There’s been family support too. Kate’s parents took over the freehold and lease the property to the couple, while Simon’s dad has used his carpentry skills to help them open up more of the former dairy farming warehouse, build new furniture and add seating to a deck overlooking the neighbouring reservoir. 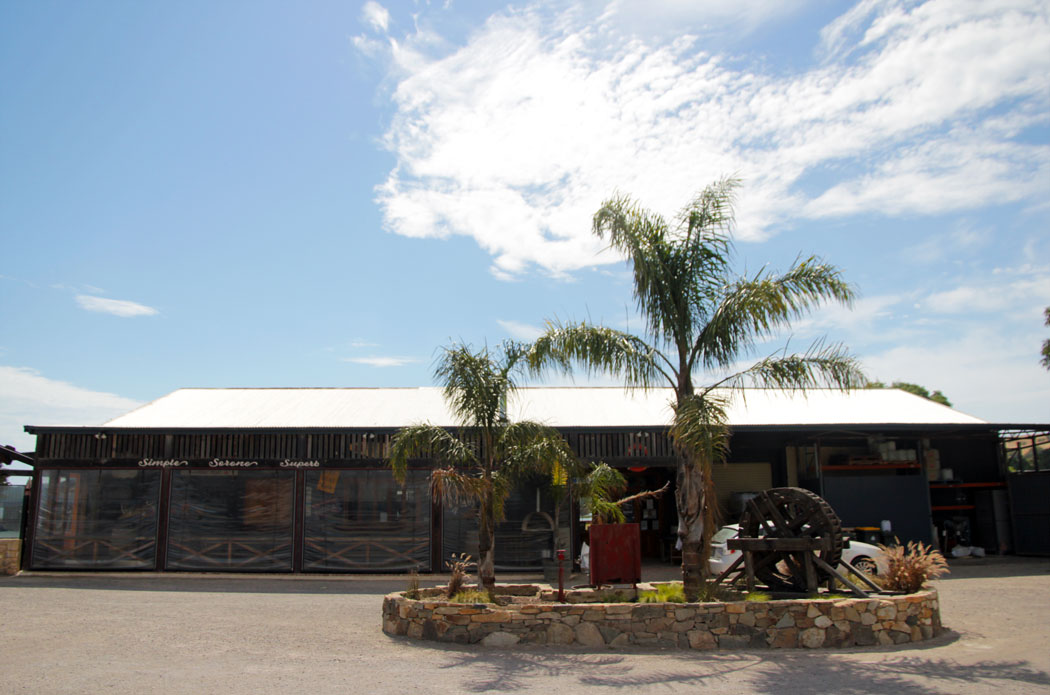 The former Myponga Brewery site an hour south of Adelaide

Gaining family support was essential to their plans, with their wedding in 2012 proving a useful persuader. Although it took place at a winery, they asked the chefs if they could replace wines on the degustation menu with their beers and invited their parents along to assist with matching them with food.

“For me, the proudest moment of the day involved the mums,” says Kate. “They were both non-beer drinkers, but they came down and had the three beers with each course as we decided which to choose. They were commenting on what worked and what didnât.

“On the wedding day, they had something invested in these beers we were serving so were going around talking to people about the matching of the beers' characteristics with the dishes.â

Today, along with the three Samoyeds that are an ever-present at the brewery, it’s all about winning over the locals and tourists coming through. And they seem to be doing a good job of it, with a fine range of beers that includes a fruity, unfiltered Kolsch, a full-flavoured Galaxy and Nelson Sauvin Pale Ale called 12 Paws, a sessionable Dark Ale, an IPA and a Chilli Beer – the one concession to the lineup of their predecessors. Having initially expected that one of them could handle bar and kitchen duties on the days they’re open, they now employ up to seven casual staff at weekends; having added pizzas to the offering so that it’s more family-friendly and bargained on selling six or seven a day, last Sunday they sold 67.

Thus far, it seems there’s no danger of them having to return to their former careers as a software developer (Simon) and litigation lawyer.

“Being a lawyer just isnât much fun,” says Kate. “We figured that worst case scenario was we go bankrupt and go back to our old jobs.”

“Weâve sacrificed a huge amount,” adds Simon. “You change your whole lives for this. You donât have weekends any more.”

âAll of our friends work Friday 9 to 5,“ says Kate. "We work seven days a week and Friday to Sunday is off-limits. People come to see us and to have a meal on weekends and we donât get to talk to them at all â but we love it.” 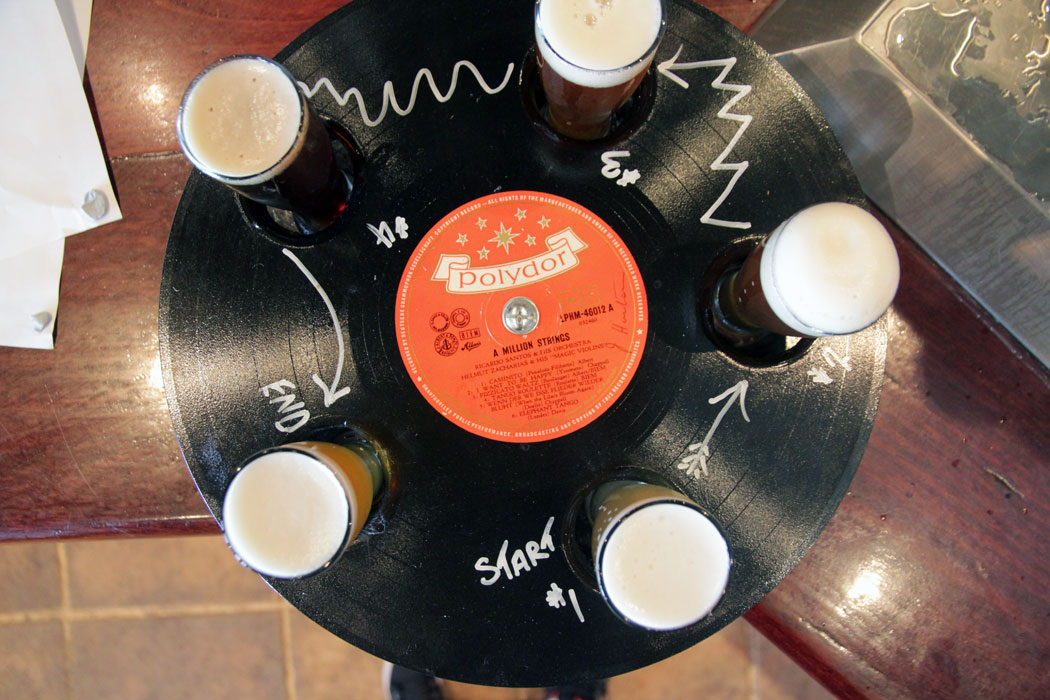 The coolest tasting paddles in Australia?

They love it. Their dogs love it. The people passing through, where they can check out the artisan markets across the other side of the brewery’s car park on weekends, love it. In fact, there’s so much love that they’re already working on expansion plans. Not that they’re alone in this.

As we’ve covered on The Crafty Pint recently, Big Shed Brewing has just opened in Adelaide, Brewboys are putting in their own brewery so they no longer have to travel to Woolshed in Renmark and The Wheaty will soon start brewing too. Meanwhile Lobethal has just added an impressive new bottling line and expanded from three to 13 tanks, Prancing Pony is going great guns in Mt Barker, Clare Valley Brewing Co and Mismatch Brewing came into being last year and… well, you get the message.

“It certainly feels like 2014 is going to see a lot more interest in craft beer,” says Simon. “It really feels that things are changing in SA; for a long time it was the Lobethal Bierhaus, Steam Exchange, and a little bit of Brewboys.”

Who knows, he and Kate might even find time to take down the Myponga Brewery signs and put some Smiling Samoyed ones in their place…