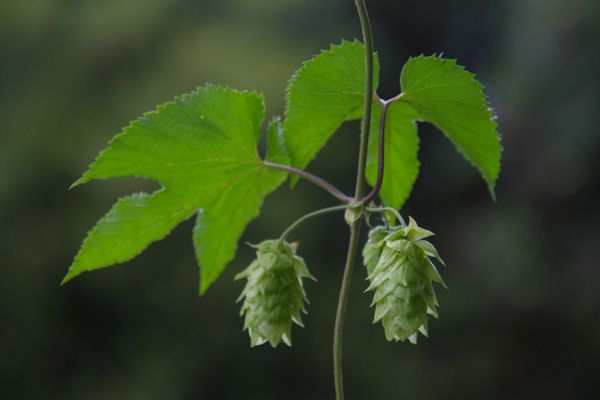 How Beer Is Made 2

It’s been around for millennia and takes on all manner of guises, yet making good beer’s really all about understanding how to use four simple ingredients in harmony: water, grain, yeast and hops.

In the second and final part of his feature “How Beer Is Made”, Holgate brewer Ian Morgan picks up with the boil, having ended up with wort (or sugar water) at the end of part one, which you can read here if you missed it first time around.

So what do we do with all this sugar water? The wort is drained off and transferred into the âkettleâ. Itâs a larger piece of equipment than the Breville you use to make a cuppa, but the same principles apply. The kettle is where the wort is boiled and the hops added.

The hops! Given the amount of attention that hops get in beer advertising, itâs not surprising that many people think beer is âmade from hopsâ but, in reality, these flowers act like spices in a stew â sprinkled on top of the âmeat and potatoesâ of the barley malt to enhance the dish. Hops give beer its bitterness, as well as certain characteristic flavours, depending on the variety used.

Brewers have used the flower of the female hop plant since at least the 11th century. Like its close botanical cousin, cannabis sativa, the small, cone-like flower (about the size of the end of your thumb) contains resins that provide the sought after effect. In this instance, weâre looking for bitterness.

The resins contain a compound known as âalpha acidâ which, when boiled over a period of time, provide the bitterness in beer. The resins also contain myriad oils that can lend distinctive aromas to beer. The list of hop varieties is as long as a mash paddle and keeps growing as hop farmers experiment with different hybrids. Each has a particular profile of flavours and aromas. Some of the more typical hop aromas might be described as grapefruit, passionfruit, pine, âspicyâ or âearthyâ â all depending on the acuity of your sense of smell and your proclivity for bullshitting your mates.

The hops come into play here in the boil. Those alpha acids need time and a good roiling boil to lend their bitterness to the brew, so weâll pitch in some hops high in alpha acids at the beginning of the boil and let this kick along for about an hour or so before chucking in some more hops. These hops will be chosen not necessarily for their bittering properties but for the aromas they produce. Because the oils that produce those aromas can evaporate up the chimney if we let them boil too long, weâll usually pop them in just before the end of the boil. You might hear the terms âbittering hopsâ and âaroma hopsâ bandied about to refer to the types of hops used for either application.

At the end of the boil we have a bittersweet liquid called âhopped wortâ. We need to add one final and absolutely crucial ingredient before this stuff can become beer.

Yeast is a single celled fungus whose sole purpose in life is to eat, excrete, and reproduce. This might sound more exciting than it really is, given that yeast reproduces asexually. But regardless of what saccharomyces cerevisiae gets up to in the privacy of its own home, beer lovers are the beneficiaries of all this activity. The humble âsugar mushroomâ is what turns our bitter sugar water into beer, a process called fermentation. 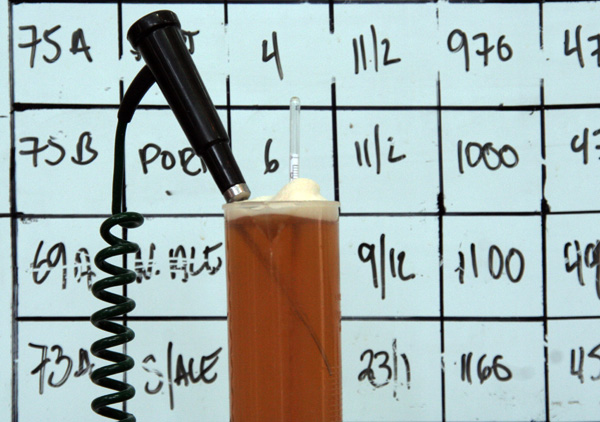 We have none other than Louis Pasteur and his microscope to thank for this knowledge. Although yeast had been doing good deeds since that first pot of soggy Mesopotamian bread started to bubble, it was generally considered a mystery or a blessing. Medieval monks knew the stuff as âGod-is-goodâ. The off-white yeast foam would be collected from the top of one bubbling brew and added to another, generation after generation, and there was much rejoicing.

A few mutations and adaptations took place along the way. For example, sometime in the 1400s a handful of lucky Bavarian brewers found that their yeast was fermenting at much cooler temperatures and producing a cleaner tasting beer at the end of a long, cold fermentation. This little mutant was the precursor of our modern lager yeasts.

But getting back to our brew, we now have a kettle of boiling hot hopped wort just waiting for the yeast to do its business. But if we pitch our yeast straight in to the kettle it will react much as you would if dunked into a pot of sticky 100C liquid. We need to cool it down first, and do so quickly. While the beer is above 80C (Pasteurization temperature â thereâs Louisâ work again) it remains sterile, but once it cools down all that sugar becomes an attractive dish for any bacteria or fungus floating around the place. We want our yeast to become the predominant life form on planet beer, so we need to cool the beer down quickly and get the yeast in as soon as possible.

If weâre brewing ale we need to get the hopped wort down to about 20C. Ale yeasts perform well at that temperature; itâs cool enough not to bake them, but warm enough for them to produce the characteristic fruity aromas, known as âestersâ, found in ales. If youâve ever enjoyed a good pale ale at a proper cellar temperature (around 12C) youâre likely to pick up apple or banana aromas. Those are esters from the yeast.

The descendants of those 15th century Bavarian mutants like it cold, so if weâre brewing a lager, we need to chill it right down to about 10C. The fermentation will take longer, but they wonât produce those esters or other fermentation by-products, leaving the malt and hops to speak for themselves.

Many breweries use a âplate chillerâ to quickly get the wort down to the desired temperature. These are like a sandwich of numerous thin plates that separate cold water or refrigerant flowing in one direction from hot wort flowing in the other. The cooled wort is transferred into a temperature controlled vessel called a âfermenterâ where the yeast is added and the fermentation begins.

Fermentation can take anywhere from two to three days for an ale to a week for a lager. During this time the yeast first gets busy reproducing until it has the numbers to eat up the sugars in the wort, excreting ethanol and carbon dioxide as it goes. Itâs quite amazing that the result tastes so damn good.

At the end of fermentation we have beer, but itâs still a bit rough around the edges and known as âgreen beerâ or âyoung beerâ. Before this callow youth is ready to go out into the wide world the brewer will allow it to mature. The beer is put into a maturation tank that keeps it at near 0C for several weeks, allowing the hop and yeast sediment to settle out and the flavours to round out a bit.

Before it is packaged in kegs or bottles the beer might be filtered â either for the simple aesthetic aim of presenting the customer with a nice clear beer, or with a much finer filter that can remove any bacteria that might have crept in along the way. Some breweries might instead (or additionally) pasteurise the beer after bottling, heating it above 80C in order to kill any bacteria. Both sterile filtration and pasteurisation help prolong the âshelf lifeâ of the beer, acting as insurance against possible infection, but some argue that these processes affect the taste of the beer.

Beers that are âbottle conditionedâ, on the other hand, are not filtered or chilled. A small dose of additional sugar or yeast is added to the beer after the primary fermentation has finished and before packaging. As we mentioned before, yeast eats sugar and excretes carbon dioxide and ethanol. This conditioning dose provides a miniscule amount of alcohol, but enough carbon dioxide to give beer its fizz.

Beers that are filtered or pasteurized have some inherent carbonation from the primary fermentation, but might need to be boosted a bit by having carbon dioxide diffused through the beer in the tank. This process is called âforced carbonationâ. 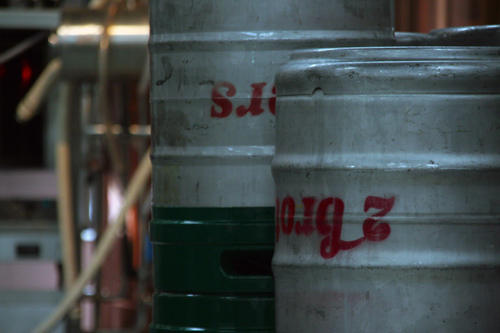 One way or another, the beer is now ready to go into a keg, bottle, or can. Packaging is probably the least glamorous aspect of brewing, but one that takes up a lot of a brewerâs time, energy, and money. Youâll find microbreweries using everything from the same sort of hand fillers and cappers that many home brewers are familiar with, to running state of the art bottling lines. The former option is time and labour intensive â perfect for the brewery that is short on funds but long on friends who will work for beer.

The packaging itself – bottles, caps, labels, six pack holders, cartons â is a huge expense for breweries. The packaging alone in a carton of beer weighs about 5.7kg, contributing to shipping costs. Thatâs 5.7kg of glass and cardboard to hold 8 litres of beer. Kegs are a much greener option. The keg itself weighs about 13.5 kg and holds 50 litres of beer and they are almost infinitely recyclable. So thereâs another good excuse to head down to your local for a pint!

Where to from here?

Even after ten years of brewing I remain astounded that such a simple process can yield such a variety of results. Malt, water, hops and yeast are all you need to make anything from a pale delicate lager to an intense imperial stout and myriad tastes, smells, and colours in between.

Hopefully this little primer gives you a better understanding of the basic steps in brewing. Millions of words have been written on the intricacies of every step and ingredient described here. If youâre interested in learning more, you might start with a visit to your local homebrew store, a tour of the nearest craft brewery, or just enjoying the odd crafty pint at a good pub.