Hmmm… Looks like there may be a bit of love for Boatrocker within the Crafty team. Here’s Pia “girlplusbeer / Crafty Pint WA” Poynton’s take on Sunday’s Good Beer Week Palate Cleanser at the Braeside brewery while there are still Crafty-penned write ups of his dinner at Merricote and the Mega Dega at which their Berliner Weisse opened affairs to come.

Ah well, they’re destined for big things so why not…?

The Event:
There’s nothing like a long Sunday lunch with the family and that’s how the Palate Cleanser at Boatrocker Brewery in Braeside feels. Well, if you’re part of family who love sour beers that is. Flash back to last year’s Good Beer Week where Matt and Andrea were hosting their first Palate Cleanser event in their new Boatrocker brewery: Matt spoke of his passion for sour beers and his plans for the Chardonnay barrels he had recently acquired before we sat down to an afternoon of sour beers hand picked by Matt.

Now jump back into the present and the brewery has been up and running for over a year, there is a wall of Chardonnay barrels that are full and marked with chalk indicating their liquid contents. Saison, Flanders Red, Lambic: they are all resting and waiting for the when the time is right. 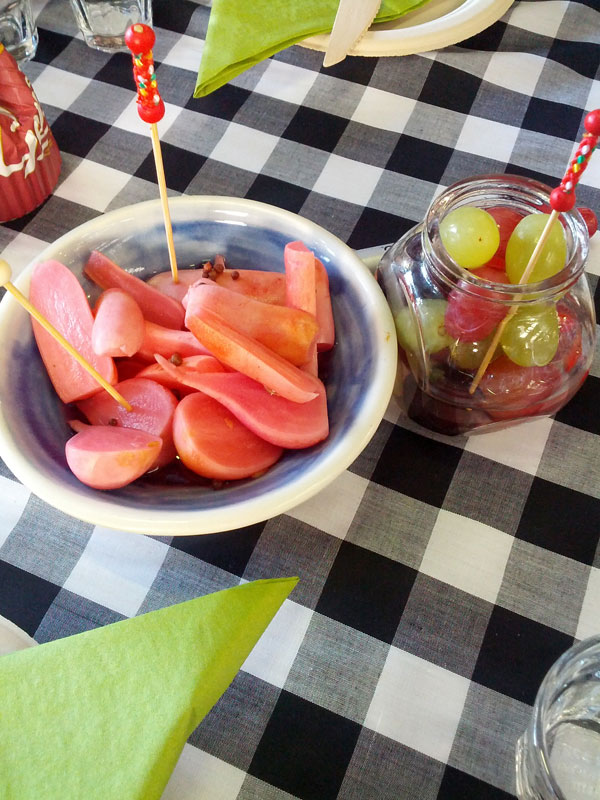 This year the Palate Cleanser event featured more of Matt’s hand picked favourite sours but this time Boatrockerâs own beers were in the mix too. The Boatrocker Mitte is a Berliner Weisse style beer aged in Chardonnay barrels with brettanomyces bruxellensis and lactobacillus cultures. Mitte was served first as an aperitif, its balanced acidity made for a beautifully tart and refreshing way to start a long lunch.

The afternoon finished with Matt tapping the last 10 litre keg of Boatrocker Ramjet, their whisky barrel aged imperial stout, to share with everyone. But wait, thereâs more: Matt and Andrea also sent everyone away with a gift of a bottle of Boatrocker Mitte.

The barrels are filled, the food is great and hospitality is second to none, if this event isn’t amongst the first to sell out next year I will be very surprised.

Boatrockerâs Ramjet, having seen a little more age, has rounded out into something incredible with currant, port and chocolate flavours with a mouthfeel thatâs smoother than a Barry White compilation. 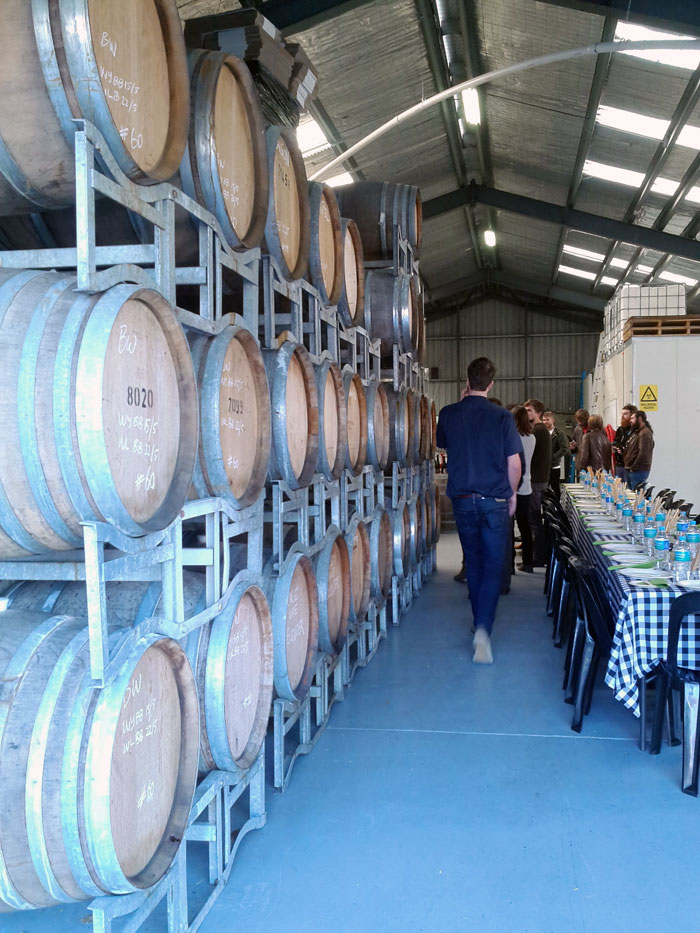 Highlights:
We were treated to a sneaky taste of their lambic straight from the barrel that has been ageing for eight months so far with another two years to go. This was tasted side by side with Lindeman’s Gueuze CuvÃ©e RenÃ©, a blend of young and old lambic and then refermented in the cellar. Lindeman’s complex tartness is what Boatrocker aims to be when it grows up and just eight months in you can taste the flavours developing.

Chatting with Matt about their in-house barrel program and plans for future beers. Thereâs currently some barley wine ageing in Pedro XimÃ©nez barrels, next week Boatrockerâs next batch of Ramjet will get started and letâs not forget about all those beautiful Chardonnay barrels!

The Event in Three Words:
Sours have landed.