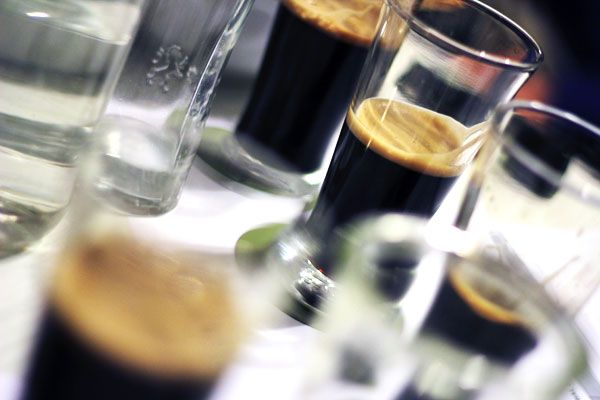 The other day, an email arrived about a new beer that was the result of a collaboration between breweries. There were two attachments both purporting to be about said beer. A cursory glance showed that each contained a particular brewer’s tasting notes for the same beer. Yet they appeared to be different.

Earlier this month, we brought back the Crafty Pint Blind Tasting Panels, which again threw up some interesting results and, as is usually the case, the odd beer that didn’t present as well as we know it has in the past.

This week, the Craft Beer Industry Association announced that it would be launching its inaugural Craft Beer Awards, to take place during this year’s Sydney Craft Beer Week.

Vaguely related to that and the blind tasting, in an ongoing email conversation a local brewer suggested that perhaps the best way to judge beers effectively was to have the same panel sample the same beers several times over a 12 month period, a little like the golfing handicap system.

Tomorrow, a book that we have written about Australian beer, 150 Great Australian Beers â Your Guide to Craft Beer and Beyond, lands on bookshelves around the country. In our very first discussion with the head of books at Hardie Grant, the book’s publisher, he asked if we would be interested in writing a book that rated the best beers in Australia. They publish James Halliday’s books and magazine and were considering something similar for the beer world.

All of the above share a common theme: the tasting and rating of beers and the subjectivity that surrounds this. Since launching The Crafty Pint, we have written about hundreds of Australian beers, the majority of which we have tasted before putting words online. Yet we have never rated them. Sure, when something blows us away we’ll say so but we prefer to tell the story behind a beer, or entertain, or simply describe and leave drinkers to draw their own conclusions.

There are a number of reasons behind this but, perhaps the most significant one is that we are aware that people’s tastes vary, what one person enjoys in a beer another will not; indeed, people’s palates change over time as well. Perhaps of equal significance is the question as to why should the inhabitants of Crafty Towers be the arbiters of what is a good beer and a bad beer? There are brewers out there who have been making, tasting and judging beer far longer than we have who would be better placed to pass judgement and, aside from the anonymous world of official beer competitions – which are still capable of throwing up the occasional surprises, they don’t.

Thankfully, while there have been plenty of occasions in which beers come our way that may not have been to our liking, there has only been one sent to us for sampling for the New Beers section that was truly hideous. Clearly, something had gone badly wrong in the bottle, something confirmed by opening a second. We checked online to see if anyone had written about the beer and found some positive responses from those who had tried it in draught form. The conclusion we drew was that there was nothing to be gained by writing a negative piece about a beer that had clearly become infected since being packaged so we contacted the brewer privately, they checked their stock, then withdrew the batch from sale.

So, what are we getting at here? Well, it is very rare that outside the confines of our weekly newsletter we ever pontificate on anything at The Crafty Pint. We see ourselves as a news site and resource rather than a home for opinion and generally prefer to do anything of a political nature outside the public sphere. But the coincidence of so many things relating to tasting, reviewing, rating and such over the past month got us thinking about why we do what we do, so we thought we would work it out in words and, at the same time, potentially kick off a semi-occasional new section on the site: The Pondering Pint.

People’s tastes do vary. Opinions on beer are, to an extent, subjective. Sure, the more you taste and the more you understand beer, the chances are you will find faults more easily in poorly made beers, come to appreciate what it is that makes for a good beer, be that balance, subtle complexities, an interesting experiment, or a well crafted structure in whatever format the beer may be. And you will become better able to appreciate good and bad versions of beers in styles you wouldn’t actually choose to buy. Yet were you and your mates – or even a group of commercial brewers – to sit down with the same selection of beers there would be differences of opinion.

In relation to the events listed at the top, with the collaboration beer we decided to taste the beer and draw our own conclusions before reading either of the tasting notes. When we did, we found that our experience of the beer was closer to that of one brewer than the other. Then, the following evening we revisited the beer and picked up more of the aromas described by the second brewer. Perhaps it was the temperature at which the beer was poured. Perhaps it was the fact that the first tasting had been on a fresh palate, whereas on the second night it followed another, darker beer. Or perhaps it was the glassware: one night a Spiegelau IPA glass, the second a goblet. Either way, while the experience of drinking the beer was very similar on both occasions, the aromatics did present slightly differently.

As for the Tasting Panel, as we’ve reported before, one of the participating brewers said the way they were run was so honest he almost wished his brewery’s beers weren’t included, so we’re confident they offer fair feedback. Yet, as we have highlighted when running the results on the site, the beer being judged is only as good as the bottle picked up off the shelf of whichever bottleshop we visited that week. In some cases, it is impossible to know how long it has been sat on a shelf or in storage or how it has been treated since leaving the brewery; a good reason, perhaps, for sampling beers as fresh as possible or at the source.

As one brewer has said in the past after a beer of his with a good reputation had fared badly (and whose brewery was already taking steps to deal with the issue): “It is what it is. You can only judge what’s in the glass.” 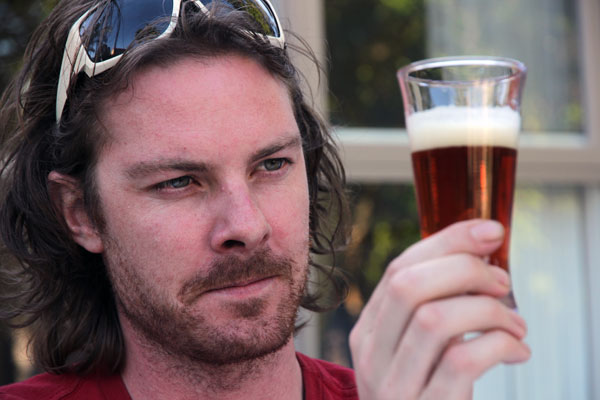 But if the Panels highlight the need for more brewers to package beer with greater longevity and stability, better date stamping or more realistic best before dates, and for said beers to be treated better whilst making their way through the retail chain, then we are happy to continue potentially upsetting the occasional brewer. (Of course, one of the main reasons for doing them is to encourage keen beer drinkers to set up their own blind tastings with friends, expand their sensory perceptions and see what a difference the removal of a brand’s reputation can make.)

With regard to treating beer judging like golf handicaps: best of luck! It’s hard enough getting together a few friends in the industry who all live locally to run our Panels, let alone bringing together teams of judges on a much larger scale for a couple of days to judge beers for the existing beer competitions. What the idea does perhaps highlight, however, is what makes a good or trophy-winning beer great: the ability to always be good and pick up gold medals or trophies year in, year out a la Feral’s Hop Hog. Yes, many beers are in a constant state of being tweaked, changed or enhanced and batch variation, at least with certain styles, is to be expected. But as craft beer looks to take hold properly in Australia the one area in which brewers will be striving to eradicate variation is in terms of quality.

As for the book, by its very nature there is an element of rating insofar as we try to highlight many of what we believe are the best beers currently available in Australia (within certain parameters such as availability and so on). The beers therein are a mix of the very best, our favourite from particular breweries, great examples of a particular style or beers that stand out through their unique nature. The closest we got to rating was to pick three from each style that we particularly enjoy at the start of each section.

But is our approach the right one? By choosing not to rate beers are we just avoiding putting our opinions out there? Certainly some brewers like to sing from the rooftops when their beers fare well in awards or rate highly in The Local Taphouse’s Hottest 100 or Critic’s Choice book and traffic when we publish the results of our Blind Tastings is always high.

Given the most ardent beer lovers are rarely shy with their opinions, it seems there’s little need to pour petrol on the fire to start debate (especially when they can rate to their heart’s content on Ratebeer, Beer Advocate or Untappd). So is it best to leave the individual to draw their own conclusions, perhaps with a guiding hand to assist their understanding of beer and beer styles? Or is the rating of beer both valid and necessary?