In the opening moments of a video shot to mark the 15 year anniversary of Holgate Brewhouse, Paul Holgate points out that it’s 25 years since he and wife Natasha met.

"So ours is a love story really, I suppose," he says, with a grin.

They're not the only couple in Australia to have gambled everything on a brewery. But, after spending time in their company in advance of this weekend's 15th birthday bash, it's clear that the story of Holgate the brewery is one that's utterly entwined with that of Holgate the family. From the moment Paul looked up and smiled at Natasha as she looked for a seat in the chemistry library at university, through the days she spent delivering kegs with their one-week-old child strapped into his car seat, to the weekends when Paul, exhausted after a week running the brewery single-handed, would take care of the kids while an equally exhausted Natasha embarked on a long weekend running the newly-purchased Keating's Hotel - bar, restaurant, accommodation and all - it's hard to imagine a brewery that better justifies bearing the name of its owners.

The story started a quarter century ago. Paul and Natasha were both studying science degrees in Melbourne. They'd met briefly one afternoon at a practical class after lab apparatus broke and two groups were moved together. Then, the following day, Natasha recalls: "I walked into the Chem Library and there were only two seats left. Paul looked up and smiled so I went and sat next to him."

The rest, as they say, is still being written.

Once they'd graduated, marriage and careers followed quickly, at which point Paul and his dad began building the house they still call home in Woodend. Paul's home-brewing began too, focused on creating beers he'd enjoyed but couldn't easily find, such as Old Speckled Hen from the UK.

"I'd had my epiphany around that time," says Paul. "While at uni, we'd drink at the Clyde in Carlton and Coopers Sparkling was on. That got us away from the mainstream beers.

"The home-brewing just followed my regular passion for making things. When I was a teenager I made bread and jam and ginger beer at home. We were a family of nine kids without a lot of money so everything was homemade. Mum taught me how to make jam then I started playing with yeast and bread and looked to make things from first principles."

That love of making things and a trip to the US in 1997 during which they visited many small breweries and brewpubs led him to persuade Natasha to allow him to build a brewery in a shed at the back of their house. By the time it was up and running, their first child had arrived and a second was to follow soon afterwards, while Paul was still commuting to his engineering job in the city every day.

"The breweries that we saw [in the States] were tiny - like your local bakery," he says. "They were run by ordinary folks like us having a go. I thought we could have a go too."

So they did, figuring that if it didn't work out they'd pack it in and sell the gear.

"I thought the beers would appeal to like-minded people," says Paul. "And there weren't many of them, I tell you!" 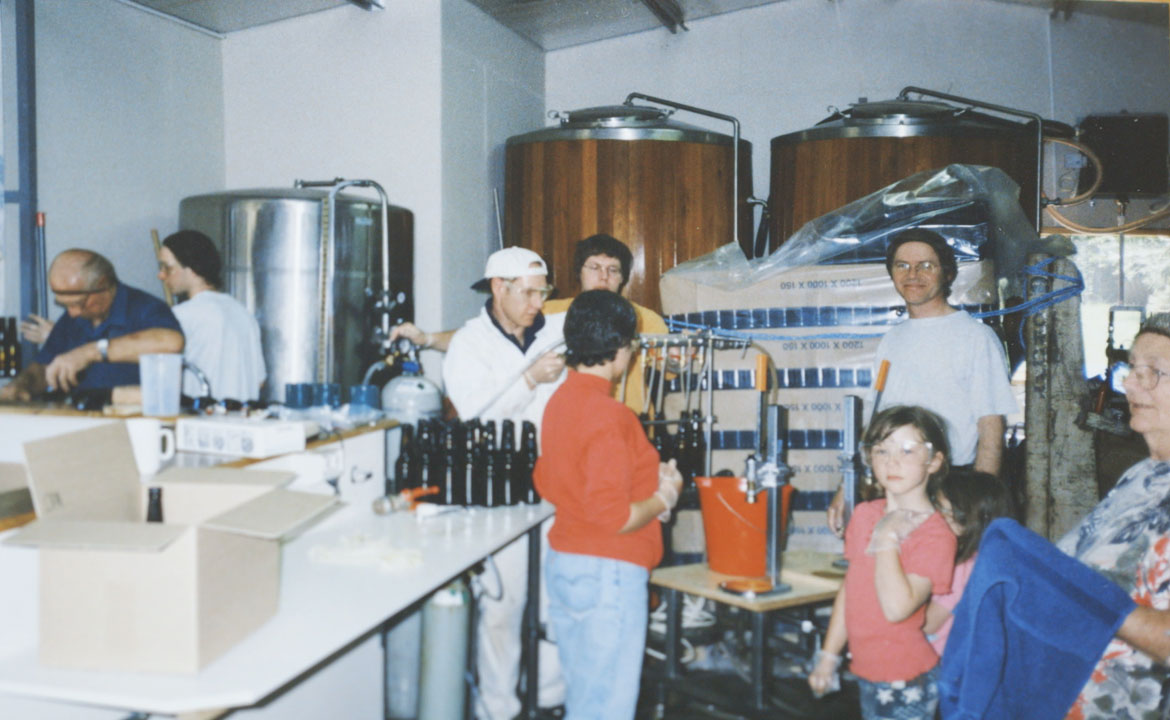 That said, they found a few willing venues locally: the Farmers Arms and Lake House in Daylesford; one in Trentham; the Brandon in Carlton that poured ESB from proper casks through a handpump. Given it was 10 years before they employed a salesperson, deliveries were still being handled in house.

"James [their second] came three weeks early and a week after he was born I was on the road," says Natasha. "People were saying, 'He's tiny!'."

"I was brewing at weekends and still working in Melbourne during the week so would load up the car in the morning before going to work," says Paul. "Then when Natasha arrived at a pub she'd get someone else to unload the keg."

And so it continued, with the business successful enough not to pack it in but leaving Paul - after three years working full time Monday to Friday, cleaning tanks in the evenings, then brewing and packaging at weekends - in his own words, "a basket case".

"Maintaining quality became harder with the open ferments. We had an extremely small space. There were infections," he says. "Quite a few times I'd do the whole Basil Fawlty routine. I'd be on the floor crying, pulling my hair out. 'Another batch has gone!'."

So, driven by pure stubbornness - "I don't think we've ever been the type to really consider walking away," says Natasha - just as they had witnessed the growth of small breweries in the US, they looked at the example of the wineries in their local region and began planning to move out of their shed and into their own venue, one they hoped would appeal to tourists as well as locals. They considered green field sites and kept an eye open for hotels becoming available, when the perfect opportunity arose: the old Keating's Hotel in Woodend, just two kilometres from their front door, came onto the market. 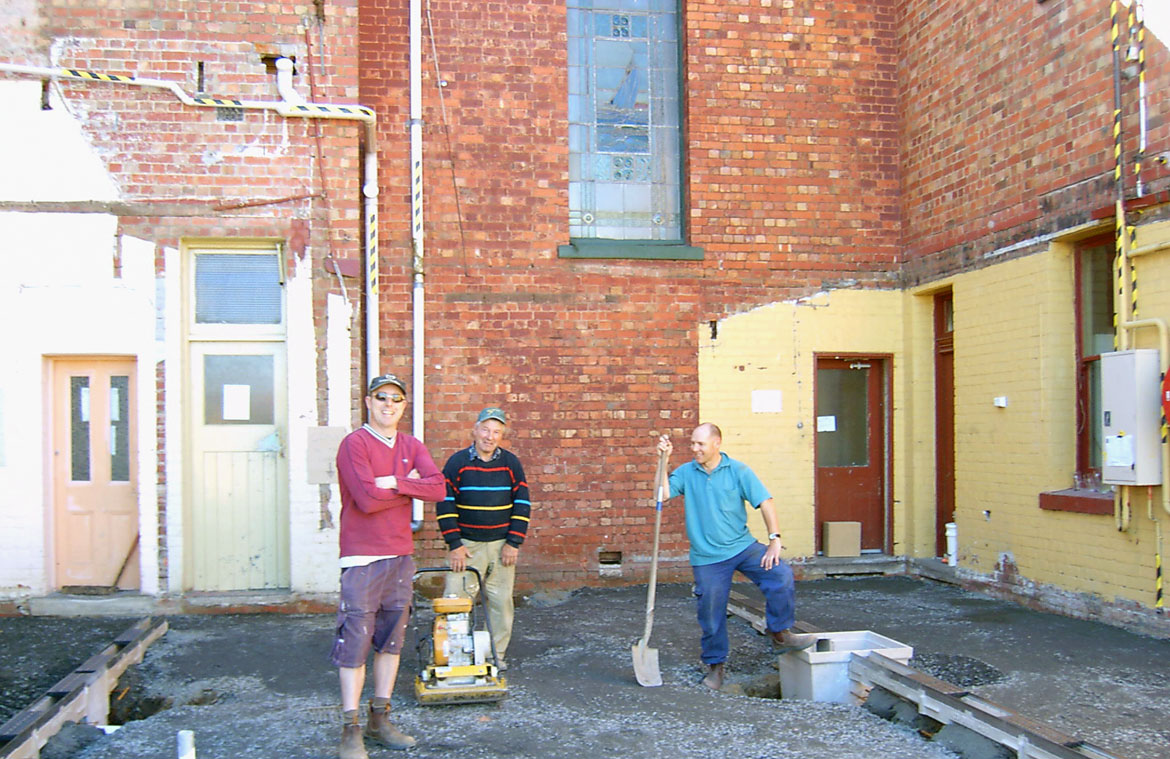 For Natasha, who moved to Melbourne from Sri Lanka as a child, it offered the chance to satisfy a life's dream of running a restaurant (albeit one that was the definition of dingy when they bought it and led to thoughts, post purchase, along the lines of "What have we done?"). At the same time, they were conscious of taking on too much and infringing on their family setup.

"We were very protective of ruining our family life and that helped keep our business small," says Paul.

It took a lot of effort to maintain the two: business and family. James grew up assuming everyone had a brewery in their backyard while, for eight-and-a-half years, Natasha was at the hotel every day developing the bar, restaurant and hotel side of Holgate and working 70 hour weeks, while Paul was brewing, renovating the hotel and, on weekends, looking after James and older sister Emily. Not that he minded as it meant he got to take them to watch Geelong without having to drag Natasha along. Indeed, in comments reminiscent of Trainspotting's "What were you talking about?" nightclub scene, he admits that outside of brewing he's most interested in "footy and tennis", while Natasha's happiest indulging her passion for "fashion and shopping".

It wasn't just a desire to maintain a happy home that kept things small, however. Ask Paul whether he has considered - or indeed is considering - contracting out production of any beers to help manage growth and he becomes so animated and the reasoning flows so swiftly and persuasively you realise it's not on the agenda. Not now, not ever. 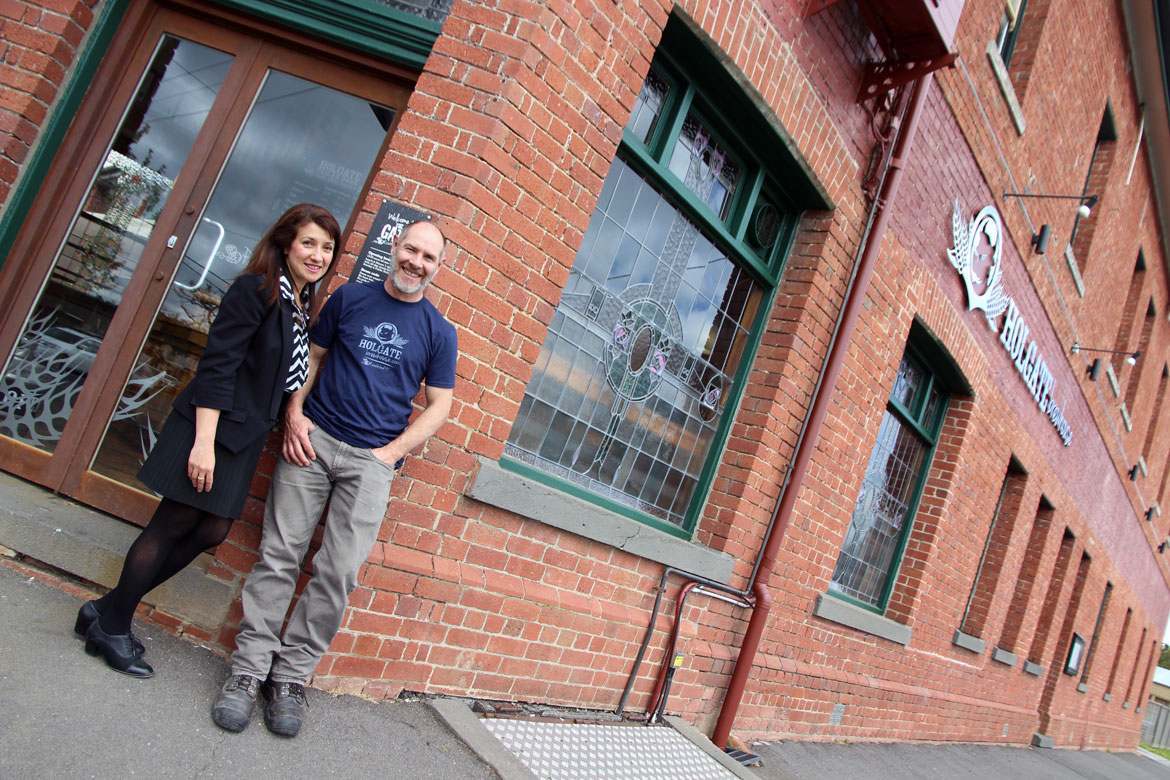 Which brings us to now. Fifteen years on from the first beer, their hotel remains their biggest single customer and, despite a solid presence all along the East Coast, their output is a far cry from the biggest of the microbreweries in Australia. That said, plans are in place to build on land adjacent to the hotel, expand the brewery, install more green measures and create a visitor centre where people can learn about beer, brewing and the history of Holgate while sampling beers and take a walk along gangways over the brewery. Hopefully, all this will happen within two years.

As with their 10th anniversary, this current milestone is being marked with a beer. Five years ago, it was a new one - the Nut Brown Ale that lives on as an annual release to this day. This time around, it's a reworking of one of their two launch beers. Paul's first two commercial releases in 1999 were the ESB - a nod to his family's English heritage that was then called Old Pale Ale but, in terms of recipe, has barely changed to this day - and a White Ale inspired by business trips to his company's Dutch head office, where he and his then colleagues would tuck into Hoegaarden. The 15th anniversary White Ale is a beefed up version, measuring six percent ABV and with whole oranges and grapefruits added for good measure.

It's been brewed using some of the very same kit the first White Ale came out of in 1999, albeit kit that is now dwarfed by the towering tanks more recently installed at the back of the hotel. And, just as the original kit is still getting a good workout, so is the original brewer.

While many of the brewery founders who've been around as long (OK, there's bugger all of them) or close to as long as Paul have stepped back into more directorial or ambassadorial roles, it seems the teenager who loved to play with yeast still can't get enough. He still likes to get his hands dirty and, in recent months in particular, has been spending more time in the lab, the part of the business receiving most attention in recent years as he looks to refine and improve the consistency of Holgate's brews.

This process has seen him head to the States to study yeast management and return to introduce significant changes to processes at the brewery.

"The last four months I've been brewing a lot of batches myself," says Paul. "And that's my love and my passion. I'd been doing a lot of marketing and sales and I'm not so good at that!" 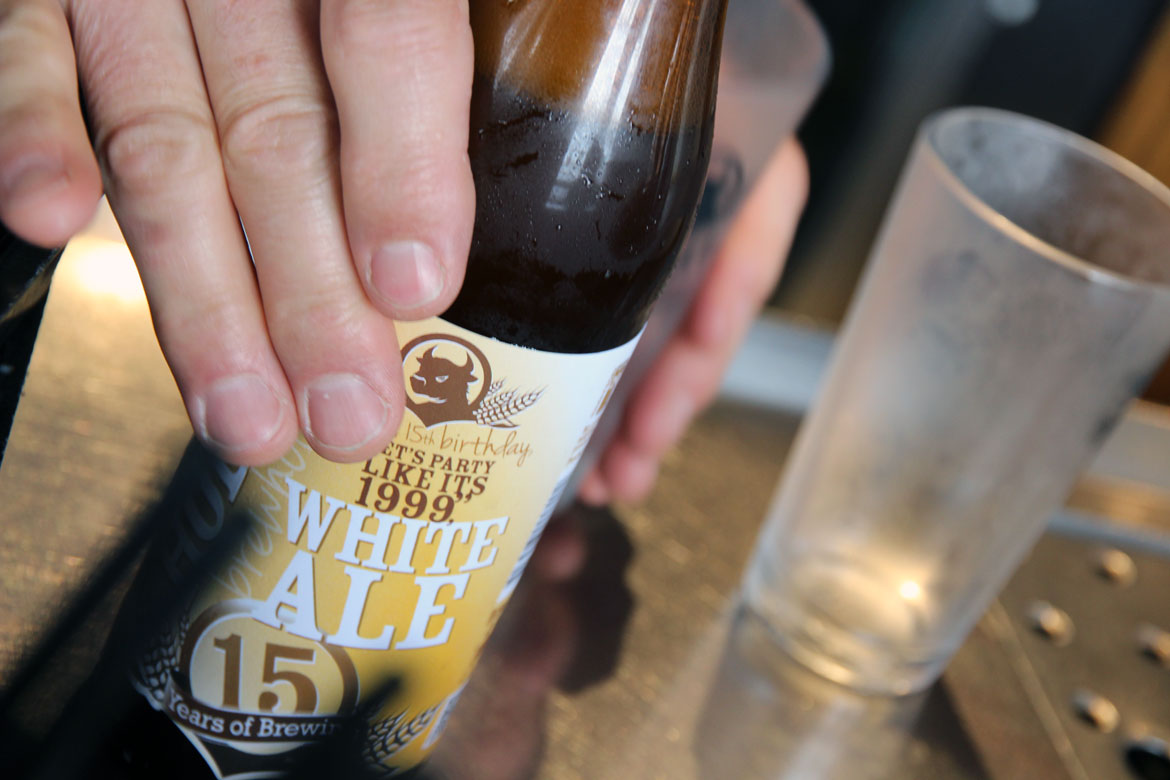 The beers he and his small team are brewing the most these days are the Mt Macedon Pale and Road Trip IPA, two beers that form part of one of the most diverse ranges in Australia. Every year, Holgate brews a Czech style pilsner, English-inspired ales, German and Belgian wheat beers, strong Belgian ales, US-inspired hop bombs, a barley wine and the occasional barrel-aged release.

But that doesn't mean the teenage desire to make stuff has been exhausted just yet.

"Every weekend, there's dad's pizza night," he says. "I make my own dough and make homemade pizzas."

And, as far as we know, not once have the pizzas left him on the floor crying.

Paul and Natasha will be celebrating their 15th anniversary this Sunday (October 12) with an Oktoberfest in a marquee at the rear of their hotel. You can find out more and snap up tickets here.

You can view the Holgate story in video form here.