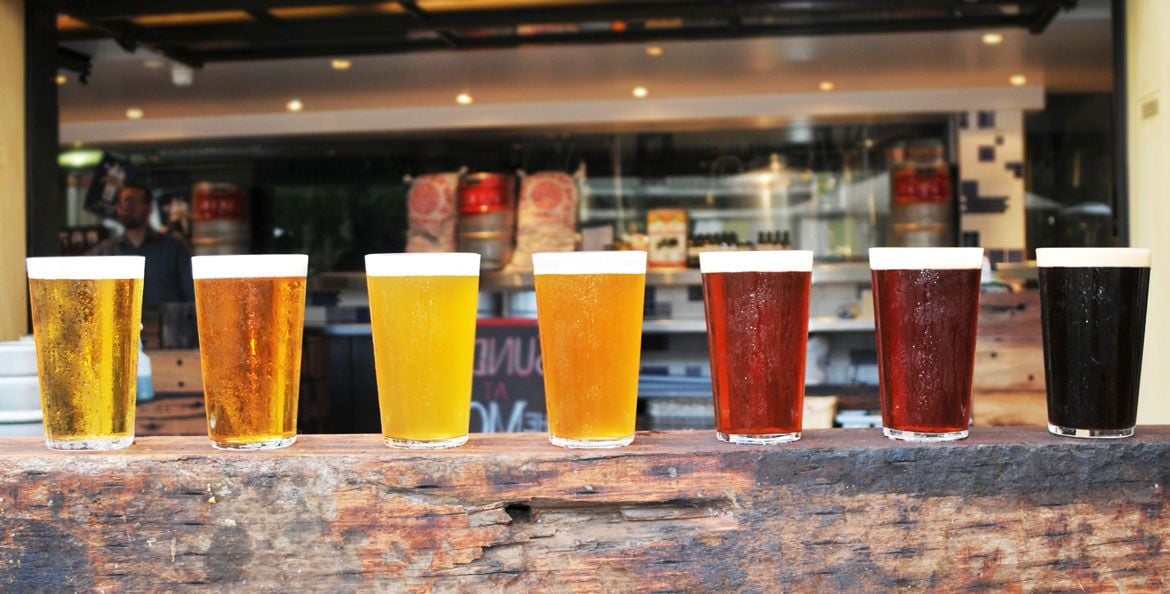 Last night's awards ceremony also saw the latest incumbent of the brewery hot seat at The Monk Brewery & Kitchen (pictured above) pick up where his predecessors left off: with a bunch of trophies. Craig Eulenstein left Melbourne's Mountain Goat for The Monk earlier this year and added Best West Australian Beer of the Show, Best Stout Draught and Best Commercial Beer of the Show to their hauls from previous years. The last two of these were both awarded to The Bounty, a coconut stout.

Mash owner Brad Cox said: “Our team has reaped the rewards of some clever thinking and long hours at the brewery.

“Mash has taken some giant leaps forward over the past six months but I’m sure [head brewer] Charlie and [assistant] Eddie can lift it another few notches in the near future. They’re always looking at brewing new tasty beers.

“It is an exciting time to be a part of the Mash brand. More drinkers want flavour and that has helped build the craft beer market. And we’re glad that we’re able to help satisfy that thirst for good, naturally produced brews.”

In the week that its head brewer announced he was off to make spirits instead of beer, Cheeky Monkey, from Margaret River, took out the trophy for Best Reduced Alcohol Draught for its Travelling Monk, a beer about one tenth the strength of the drinks Alex Poulsen will be making in his new role. Meanwhile, The Old Brewery collected the Best Lager Draught gong for its Tomahawk Doppelbock and Myaree's Billabong followed up success from previous years with Best Wheat Beer Draught.

"Winning a gold is very hard and a sign of hard work," says John. "It’s an honour and a dream every time I win a gold or a trophy. It doesn’t win me money but it gives me confidence that my hard work is on the right track and motivates me to continue to work hard to achieve my goals.

The only awards won by breweries from outside the home state went to serial award-winners Redoak, from Sydney, for Best Wheat Beer Packaged for its Ice Breaker, and Tooheys collected a pair of awards for Best Lager Packaged and Best Ale Packaged for Tooheys New and Old respectively.

A record number of 437 entries were submitted by 114 exhibitors, in both commercial and amateur categories. In the latter, Mark Rivers, of Dudley Park, won Best Amateur Brewer while Josh Masters, of Sorrento, won Best Amateur Beer of the Show and Best Ale.

“The standard of the entries continues to improve year on year," he said. "The great thing we saw with this year’s competition was a good 10 per cent increase in medals awarded across the board, which proves the entries themselves are achieving much higher quality expectations.”

You can view the full list of results here .