We all love Melbourne Cup day. Even (or maybe especially) those of us that don’t give a stuff about horses or gambling. Victorians get a public holiday (and usually turn it into two days off, if not a whole week) while the rest of the country just acts like it's got one by feigning an interest in horses and taking a five hour lunch break at the pub.

It might be the race that stops the nation, but the Melbourne Cup certainly doesn’t stop people from enjoying a few drinks (and in many cases a few too many, evidently). But if you’re a craft beer drinker then obviously you’ll be drinking wisely and possibly even looking to match what is in your glass to the occasion. So here at Crafty Towers we’ve been contemplating what Aussie drops would be best suited the big day.

Whether it’s hammering down a Nail while doing some carpentry or knocking back some 2 Brothers with your brothers, there are opportunities for ‘beer and occasion’ matching that write themselves.

Were we to take that approach to the Melbourne Cup, our "Obvious Stakes" selection could be easily narrowed down to a trifecta. You could plump for something from South Australia’s Prancing Pony Brewery (bonus points for snaffling anything from their Thoroughbred range). In NSW, you could head to The Shire and work your way through the Blackhorse Brewhouse range at Sylvania’s Blackrock Brasserie. And, in a somewhat tenuous third place, you might want to track down something from the Grifter Brewing Company whose logo features a rider on horseback. Failing those, a glass of Sporting Ale from Wagga Wagga’s Thirsty Crow should do you for the cup and whatever other sport comes along that requires matching refreshment.

But they all seem a little too obvious, so here’s six other beers to consider lining up for your Melbourne Cup day...

We’re all about drinking local here at The Crafty Pint so how about going hyperlocal for the big race? Two Birds’ Nest is just a gentle trot down the road from Flemington in Spotswood. Of their colourful range, why not plump for the new Bantam IPA; it packs heaps of flavour without too much in the way of booze – good for an early start – and, if we wanted to clutch at straws, “bantam” is often used in a sporting sense too.

This year’s favourite is six-year-old Japanese gee-gee Admire Rakti. You could grab yourself something from one of the Japanese craft brewers who send their beer to Oz on a regular basis: Hitachino Nest, Coedo, Yo-Ho or Baird. Or you could go local.

Probably the most Japanese beer released here is Mista Sparkle, the very occasionally released beer from 7 cent featuring Jasmine green tea, brown and white rice and a sake yeast. But there’s none around, so how about hunting down some Sorachi from Mornington Peninsula Brewery, the Kolsch-like beer featuring the unique hop Sorachi that originates in Japan? It should just about be back for summer.

Get a little fancy 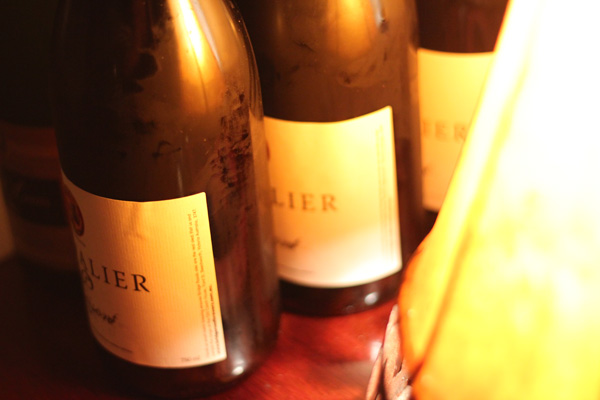 How about opting for something a little elegant: light and spritzy, sold in a champagne bottle and best enjoyed from a stemmed, wine-like glass? Sounds like a saison to me, quite possibly the one from Bridge Road that’s been flying the flag for the delicious French / Belgian farmhouse style long before it became all the rage. Why, it’s even got some French in its full name and we all know the French are the self-appointed arbiters of style and fashion.

What’s that? Chevalier means horse? Well, there you go.

All horses need a blanket

One of the more eye-catching descriptors used for some beers is “horse blanket” (along with close cousins “wet dog”, “barnyard” and “enteric bile”). With the popularity of spontaneously fermented wild beers and sours in Australia, there’s a reasonable selection of beers that could warrant the “horse blanket” tag. But funkiest of the funky is probably something from Tasmania’s Two Metre Tall (about the height of a horse, no?) so look out for their Derwent Aromatic Spelt Ale.

It wouldn’t be the nags without champers being sprayed wantonly and lavishly around the stands and corporate marquees. If it's matching the alcohol content of said bubbles that you're after – with the intention of matching race-goers and being maggoted before the main event starts – then you could look at any of the many well-over-10 percent offerings from Bacchus or perhaps grab a few bottles of Moon Dog’s recent Jumping the Shark imperial saffron ale; after all, the latter does have high octane, high equine history in the form of the equally potent Nordic Saddle Buffer.

But, as you’re craft beer drinkers, we know you drink for flavour, the experience and the company of wonderful people so wouldn't go that big that early in the day. So how about looking at the other reason people drink champagne: to show off? The most decadent beer from the microbrewing world is Nail’s Clout Stout but, while the $70 a bottle imperial stout should be on your Bucket List (if you have one), it’s probably not suited to a 29C day. So why not grab the most expensive bottle of beer released each year in Australia: the Crown Ambassador from CUB? It comes in a bottle as slinky as whatever international model the organisers have splashed the cash on to ensure front page photos in Murdoch’s rags tomorrow and is packaged in a box that’s the stretch limo to a standard six-pack wrap’s Commodore.

(Un)Official beer of the Melbourne Cup

For the second year running, Tasmania’s James Boags is the official beer of the Cup. Should you wish to drink something from Tasmania that’s locally-owned, however, you’ve got a growing number of options, with new breweries (Little Rivers, Devil’s Brewery, Hobart Brewing Company and so on) joining the longer established micros. But how about opting for something from Moo Brew; after all, if it’s named like a cow and says “Moo” like a cow it must be a horse.

We’d recommend the Hefeweizen. It’s the sort of fruity refresher suited to the predicted 29C at the racecourse, was named Best Wheat Beer at this year’s Australian International Beer Awards and, given it’s the Spring Carnival, chances are it won’t be the only thing around that’s a little tart.