We all like our beer to be as fresh as possible and, in most cases, prefer to taste it straight from the keg – as evidenced by the popularity of growlers*. And now the good folks at Bright Brewery are giving drinkers the opportunity to take kegs home. Or on holiday. Or camping. Or, as they’ve successfully proved, to the top of a mountain during ski season.

After a successful trial earlier in the year, revealed in The Crafty Pint’s pre-launch blog existence, the brewery in the heart of Victoria’s Alps has introduced 5l MiniKegs as part of their permanent range. They’ve imported several thousand from Europe, becoming the first Australian brewery to bring the technology over here. Each one holds around 20 glasses of beer and, according to the brewers, remains fresh and carbonated in the fridge for at least one month after being opened thanks to a built-in CO2 cannister.

Bright Brewery founder and owner Scott Brandon says: âCraft beer on tap is a beer lover’s dream. With one of these kegs anyone can have fresh draught beer at home and keep it pouring for a month." 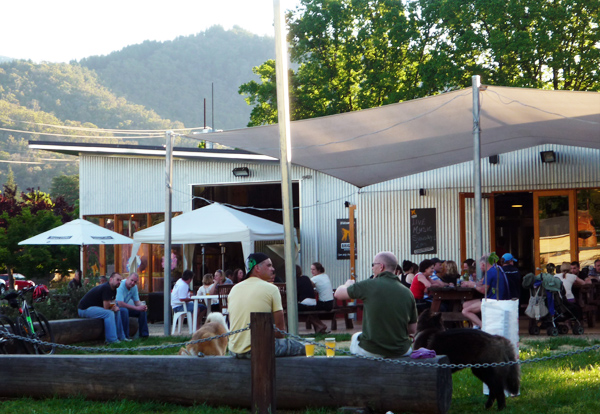 He says their robustness allows them to be chilled in a household fridge, ice bucket, river or snow. They also come with their own pouring tap, meaning they can be used without any of the equipment usually needed to pour beer on tap. With summer here, they sound ideal for holidays – especially camping trips – and a sweet option for anyone heading to a music festival where bottles are banned. They’re also the only way to take their delicious Export Stout – once named the Winter Warmer – home.

The kegs are available direct from Bright Brewery or by contacting the brewery to arrange delivery. They should also be arriving in specialist outlets in Melbourne in the near future. Pricing for the various beers is:

[Expect to see growlers at many more outlets in 2011 – there have been a lot of orders placed by bars, bottleshops and breweries in recent weeks. So many that there may be an entire container ship loaded with them arriving in Australia soon…]