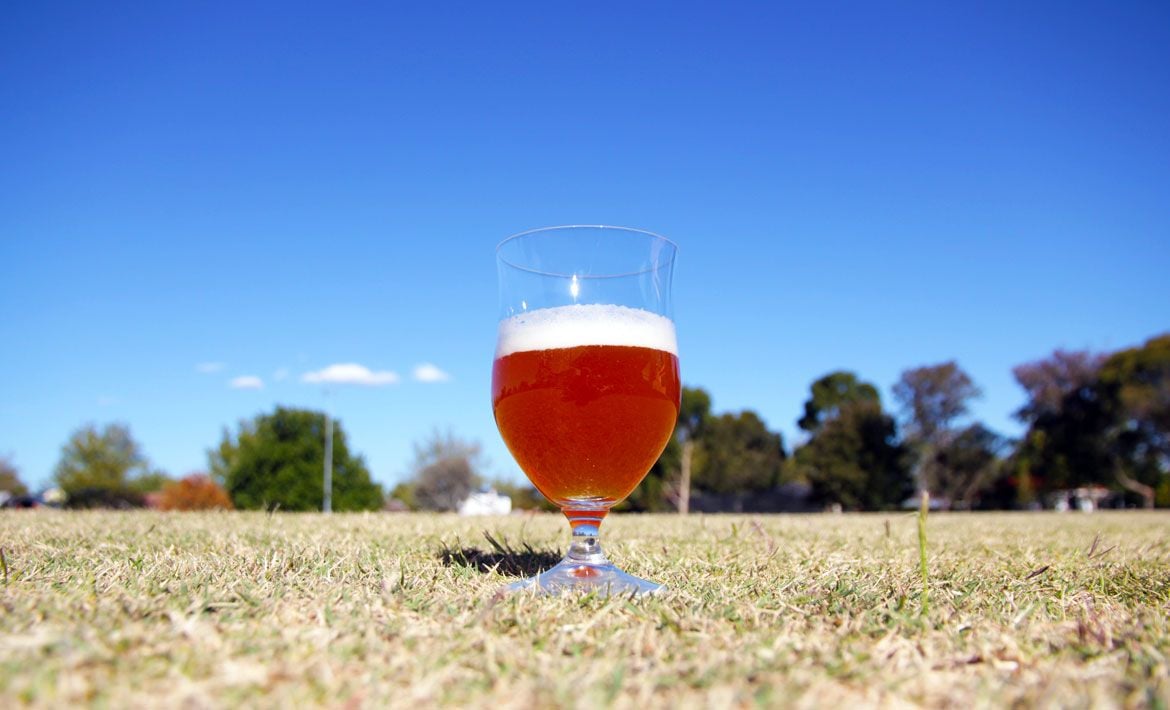 It's December 1, which means that, if they haven't already, the lists of beers to try this summer will be coming your way soon. And, while you'll never go wrong with the likely candidates – Stone & Wood's Pacific Ale, Mountain Goat's Summer Ale, 4 Pines Kolsch, Two Birds Brewing's Golden Ale and their ilk – we thought we'd try to shine a light on some other beers we reckon will go down a treat over the warmer months.

Hmmm... A hoppy, light-coloured, 4.4 percent summery ale – where have I seen that before? It's little surprise, given factors such as sales figures, the climate and the aforementioned Pacific Ale's runaway success, that there are a fair few hoppy, light-coloured, lowish ABV summery ales out in the market these days. And Boatrocker's Smash is one that does the business in fine style. 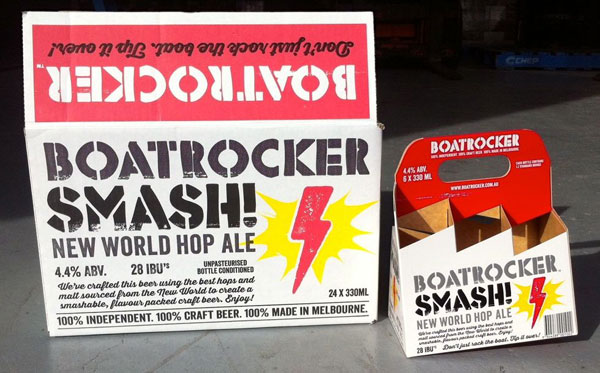 The original S.M.A.S.H from the brewery was its entry for a past Great Australasian Beer SpecTAPular; the beer was a little like a Hollywood High Concept movie: the acronym stood for single malt and single hop. And, like most Hollywood High Concept movies, the result was rather hollow, but these days it is a beer transformed. Smash is no longer an acronym, just a name, the New World hop varieties are multiple and added in copious amounts – flowers only – to the Braeside brewery's custom-designed hopback. The result is a welcomingly aromatic affair with a fuller body than one has any right to expect for its size and one which will slide down easy this summer. In fact, while the two Matts' experiments with barrels and wild yeasts have caught the eyes in recent times, it's worth revisiting all of the core beers (this, Alpha Queen and Hop Bomb) if you haven't in a while as they've all been coming on in leaps and bounds as they've got to know their brewery setup.

While craft beer brewers and drinkers seem to spend most of their time striving to differentiate themselves from the worlds of industrial lager brewing and consumption, sometimes it's worth remembering one of the reasons lager is so popular: namely, on a hot day, it's hard to beat. What's more, there seems to be something of a reevaluation of lagers within the craft beer world, and not just by those brewers using lager yeasts to create twists on India pale ales or dark lagers.

Which brings us to The Pilsner, a New World take on the classic European pilsners that's been around for a few years now, quietly picking up medals and being retailed nationwide without seeming to make much of an impact in the pointier end of the craft beer world. What's more, considering the Australian Brewery kickstarted the craft in cans movement in Australia, it surprises us that we don't see it being quaffed more widely. Certainly, we'd suggest you give the beer a go this summer, with head brewer Neal Cameron having used New World hops to create an authentically Old World, spicy pilsner experience with just the right amount of bite to keep you refreshed and coming back for more.

Or... Get your hands on some Cool Hops from Edge Brewing Project, a genuinely New World lager with a soft and full malt body upon which the fruity hops go to work. 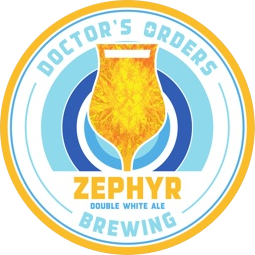 OK, so we've been highly radical to this point and suggested low ABV summer ales and lagers. "How alternative, Crafty. Wow," you may say. "How about really going out on a limb and suggesting a wheat beer too?" OK then, we will. Albeit with a twist.

For the past few years, Doctor's Orders' Zephyr has become a favourite around the Sydney beer scene during the short time it's available. Traditionally a summer-only, draught-only release, it's set to get a slightly wider audience this year as Doc bottles his beers for the first time. The beer – like anything with the Doctor's Orders name attached to it – is a little out of the ordinary: a double Belgian witbier brewed with Australian botanicals and weighing in at a healthy 7.5 per cent ABV. More simply, it's zesty, wheaty and strong. However, it's also deceptively drinkable which means even though the 500ml bottles are good for sharing, you probably won't want to. Nick O

Or... We're not sure if it's on at their brewery bar all the time (if not, it bloody should be!), but while we're on an infused white beer hybrid kind of a tip, how's about a tipping of the hat to Modus Operandi's MO White Jasmine Tea White IPA? Let's just say the experience of our first ever mouthful was the oral equivalent of condensing Four Tet's remix of the Super Furry Animals' 'Piccolo Snare' into a matter of seconds, with particular emphasis on the reveal that commences around 2.40 minutes.

Having banged on about saisons ad nauseum for longer than anyone paying attention would care to remember, it's rather pleasing to see the market playing host to so many these days. Among them are many good ones too, although it would be hard to argue against La Sirene being the local masters of the style. Not only has the original Saison concocted by Costa Nikias and James Brown recently been named Best French and Belgian Beer at the Craft Beer Awards, confirming what pretty much anyone who'd sampled it had long suspected, but the Alphington brewery has knocked out a range of variations on the style.

Now under the stewardship of Costa and wife Eva, production has been stepped up significantly, with the original Saison joined by an impressive Super Saison plus honey, citrus and Christmas variants and this Wild Saison. The last of these adds Brettanomyces to the house yeast during fermentation, adding a touch of horsey funk to counteract the sweetness as well as some berry / cherry characteristics to the fruits and spices of the original.

Or... Morrison Brewery Saison is well worth investigating if you can get hold of it. The tiny Launceston brewery made its name with traditional British and Irish styles but its venture across the English Channel for this beer is possibly the pick of Paul Morrison's drops.

Summer is stone fruit season, so it seems only natural to want to enjoy a few beers that are fresh and fruity. And while no one would begrudge you for choosing a kriek, framboise or any other great fruity, acidic and refreshing-as-hell Belgian style, we're not exactly flush with such things (yet) brewed regularly in the local industry. So, if we're thinking fruity and local, how about Shenanigans Brewing's Red Sky IPA?

It isn't technically a fruit beer – it's a jasmine and hibiscus IPA – but does come with a resplendent red hue, fragrant aroma and heaps of nectarine hop character. It's also a great insight into the ethos of the young Sydney brewing company and what they hope to bring to the world. Nick O

Or... If we're going all red and spicy, see if you can still find some of the last Mash Collective release. Heartbreaker is the best beer yet to come from the Stone & Wood spin-off, a native Aussie red ale that captures all manner of familiar and not-so-familiar flavours and aromas with such balance that the whole is surprisingly easy to drink. (If you can't find it, the Byron Bay brewery has rereleased Cloud Catcher, the beer brewed to mark the opening of its second brewery and one that would be worthy of a place in this list if we hadn't run out of space). 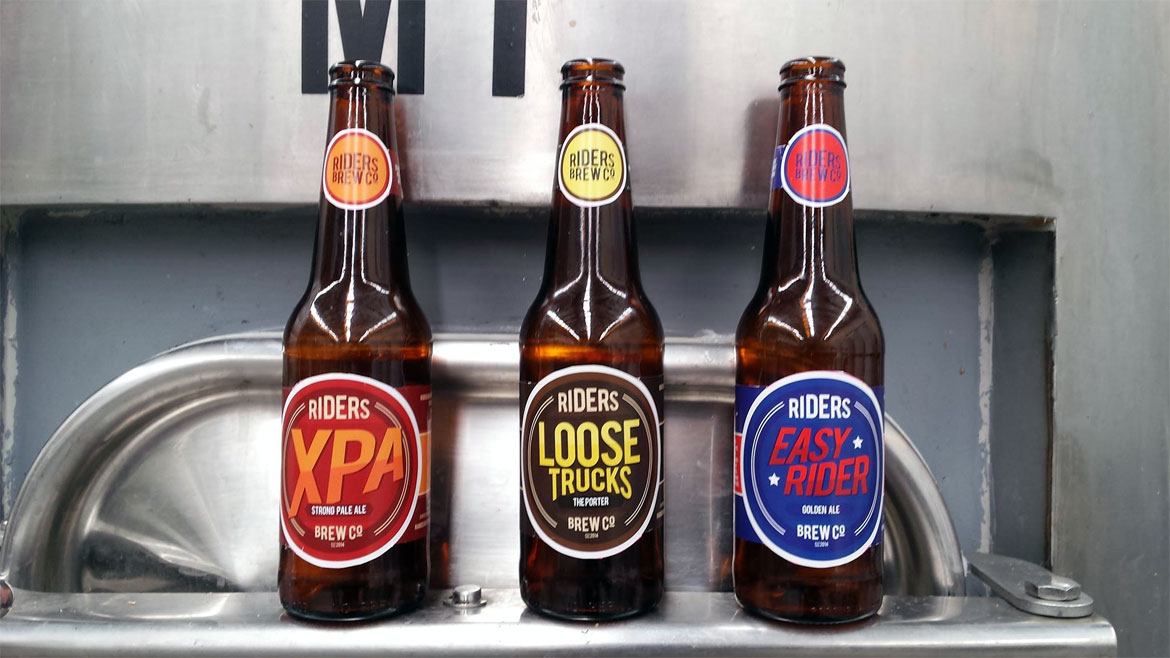 You may not have heard much – if anything – about this new Melbourne-based brewery we wrote about a few months back. It's Gus Kelly of Kelly Brothers Cider's foray into beer with home brewer and Local Taphouse St Kilda Ale Tsar Andrew "Shandy" Gargan in charge of recipe development and brewing. Their three core beers have just gone into bottle for the first time and we predict this XPA will ensure you hear much more about them in the future.

A few XPAs (extra pale ale) have appeared on the scene in recent months, with this the one that perhaps has the most "X" in it, given it's got extra booze (5.8 percent) compared to a standard pale ale as well as a deeper hue and heaps of hop character. Based upon a recipe Shandy has been developing in his shed for years, it's one of those where the hop aromatics have hit your nose before you even know there's a beer in the room but places them within a finely honed whole. Given Shandy is a good friend of The Crafty Pint, on sampling the most recent batch, we did wonder: "Are we allowing bias to cloud judgement here?" before concluding: "No, this is a seriously excellent beer."

Or... If heaps of hop character in a finely crafted whole without too much booze is what you're after then keep eyes peeled for Black Dog's Aussie Terrier IPA too.

Feel free to use the comments below to tell us what you're looking forward to drinking this summer and suggest any alternatives of your own. We wracked our brains to come up with a black beer that could rival the refreshing nature of Yeastie Boys Pot Kettle Black but came up short from local offerings; can you help?