Our Man In: America II

On-road Goat Tom Delmont spent a month touring some of America’s finest craft breweries earlier in the year. His first article for The Crafty Pint compared the scenes here and there. Today, he reveals how, for all the attention lavished on breweries' extreme beers, both here and in the States, it’s their “bread and butter” ones that keep the industry alive – and how revisiting them is often a pleasant surprise.

Take it away, Tom…

Anyone that knows me knows I love a big beer. Gimme a huge, resinous Yankee-style DIPA, an Imperial Porter or an oak-aged stout anytime; hell, even some funky, sour stuff is good occasionally. I guess what Iâm saying is I just love craft beer in all its forms.

And, as time goes by and the market develops, Iâm reminded more and more that Iâm not the only person looking to buy into the big beer experience. A recent trip down the aisles of Purvis Beer reminded me of the overwhelming choices facing the Aussie consumer these days â and this is coming from someone that works in the industry and knows (and has sampled) most of the brands!

It got me thinking about the other side of the craft beer coin: the beers breweries sell in higher volumes that keep their businesses ticking along. As someone who works for a brewery that produces a wide range of limited release beers, Iâm often asked why we donât produce more of them more often, especially as the demand is there. At the same time, there are some who are happy to criticise breweries in Australia for not producing greater volumes of these âriskierâ styles of beer, while Iâve even heard of a few brave souls who plan to open a brewery purely to make these crazier brews.

Well, first up, thereâs the business reasons â as these beers help pay for the big, exotic ones â but I think thereâs much more to it than that.

What about those times when a ânormalâ beer is called for, perhaps for a âsessionâ (a responsible one of course)? Or when youâre looking for balance and drinkability? Or you want to drink a classic brew that helped build a brewery? In each of these cases, if youâre picking up any beer from a good craft brewer, you know itâs still going to have a bucket load more flavour that your mass-produced swill. Oh, and donât forget: it wasnât that long ago that these beers were considered âoff the wallâ themselves and Aussie punters were shocked when they tasted them.

Thereâs no doubt one-off batches are well received and popular with the beer nuts, but even the bigger craft breweries have what I label their âbread and butterâ beers. These are the ones that pay the bills, keep the kettle on and the beer flowing so that when capacity, dollars and empty kegs (or dollars to produce special packaging) allow, some specialty malts and hops can be ordered in and a crazy one-off can be produced. It is then that the possibilities open up: with a little ingenuity, risk taking and elbow grease, a classic could result that captures the minds and hearts of the brewing communityâ¦ 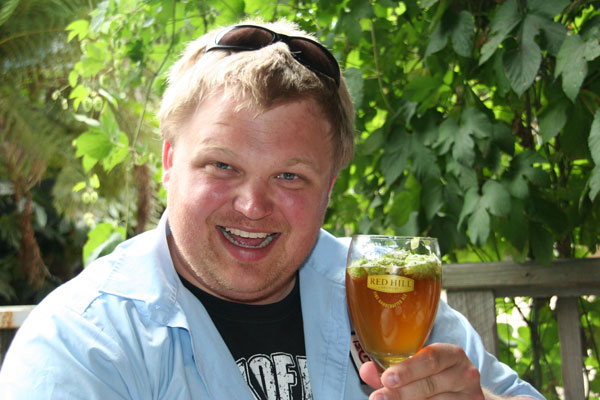 It was something I noticed on my trip to the States with the Beer Ambassadors earlier in the year to tour many of the leading craft breweries. The breweries we visited were making a lot of wacky stuff, but most were making their living from their âbread and butterâ beers or, as they call them at the Brooklyn Brewery, âcore brandsâ. When we were there, head brewer Garrett Oliver poured their Black Chocolate Stout, Sorachi Ace Saison, and Brooklyn Local #1 & #2 for us to taste and we spoke in detail about some of them. He said they love producing all the seasonal beers, and the longnecks or âbomberâ bottles, but the main focus remained the Brooklyn Lager and their other core brands. 85% of their business was the core brands in packaged and draught form, making these the beers that keep them going.

The specials brews are exactly that, special, but the breweries said over and over again âour core range are the most important products, our customers that support these are the first to be offered these rarer specialty brewsâ. We visited so many breweries that said the same things, at New Belgium the tour guide promoted and pushed Fat Tire the most, even though out the back they are ageing sours in oak, making IPAâs and funking up Belgian Blondes. And it makes sense.

So, even in the States â with a craft beer scene many Aussies view enviously â the biggest and best breweries with global reputations rely on their âbread and butterâ brews, many of which are rightly regarded as classics. Not just New Belgiumâs Fat Tire and Brooklyn Breweryâs Lager but Sierra Nevada Pale Ale, Anchor Steam Beer and the ever-popular Samuel Adams Boston Lager. Closer to home I think of Little Creatures Bright Ale, Cooperâs Pale Ale (not really craft I know, but it helped them enormously), Stone & Wood (Draught) Pacific Ale and Mountain Goat Organic Steam Ale.

Some beer nerds donât get it and write them off, but I think theyâve missed the point. Whatâs more, looking at the US list, Iâd suggest there are some there which are subtler in flavour and hop profile than the Australians. Maybe we are developing hoppier palates quickly? There are good reasons why these beers are close to or under 5% ABV and also often lighter in body and alcohol content than other beers in the breweriesâ range too. Firstly, you can drink and therefore sell more of them. Secondly, the average person cannot drink more than a pint of really BIG beers while some people donât like them at all. Hard as it might be to believe, I know many people that do not like IPAs!

Lastly, these are the products that are distributed far and wide and are required to be more appealing to a broader range of consumers. In the campaign to win over more people to craft beer, youâre more likely to convert someone with one of the above beers than by dropping an 8% hop bomb on them (although it can be fun to try!). Whatâs more, theyâre also priced so the average punter is happy to purchase them on a regular basis; a $20 longneck doesnât sell as well as an $18 six-pack, simple. 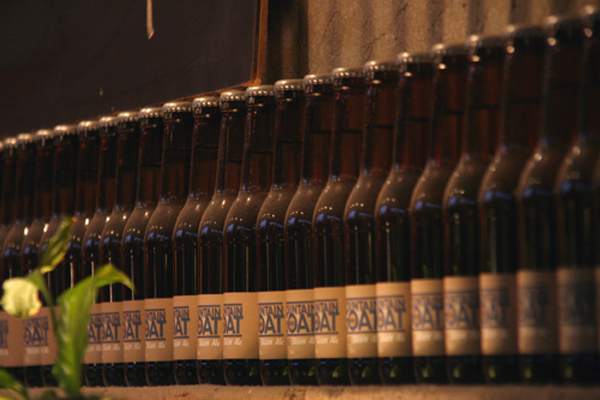 My point is this: donât forget the great âbread and butterâ beers that are out there in your search for good beer. Theyâre often the most important product made by your favourite brewery and crucial to keeping them afloat. Theyâre quite possibly often the beer that set you off on this mad journey to begin with and are always a great weapon when trying to convert mainstream lager (or low carb) heads to the crafty side of things.

Sometimes itâs nice not to try to chase the next big thing too, and not risk 20 bucks on one bottle. These brews might be really drinkable, but theyâre still all real craft beers made with water, hops, malt and yeast. And you want to know the best bit? Youâll probably wake up with your pants still on.*

Editor’s note: Tom makes a great point here – and one that’s particularly appropriate from someone who works for Mountain Goat. When plans were first announced to reduce their regular range from four (Pale, Organic IPA, Hightail and Surefoot Stout) to two (Hightail and Steam Ale), the owners explained to Crafty that the plan was to have two core beers that would fund the business and allow them to experiment more with limited release beers. Then, a few months after Steam was introduced, we were still awaiting the first limited release and, for Crafty at least, doubts began to creep in.

It turned out the Steam had become so popular so fast that there was no capacity for anything other than Hightail and Steam. Essentially, their calculated gamble was such a success it took weeks of double and triple brews to get enough supply out. Now, more than a year on, the brewery is pumping out a huge number of experimental and limited release brews as their core range – Hightail and Steam – allows them to do so. And, while the Hightail has long been a go-to session beer for Crafty, the tweaking of the Steam since launch has resulted in a second core beer that, as Tom says of the beers listed above, is well worth revisiting. Again and again.

[* An industry friend of Tom’s recently returned his mateâs keg equipment that was needed for a birthday party. Not only did he return it several hours late after a huge night, he turned up without pants.]