Kooinda has come a long way since its early days. They were days when the story of a bunch of mates – home brewers and otherwise – who had spent years slowly building a tiny microbrewery in a Rosanna backyard captured as much as any the "have a go" spirit of the contemporary craft beer world. There were the tanks cooled with water pumped from a backyard swimming pool, the storage in a basement pool room, the midweek, after work beer deliveries.

In the years after they launched their ballsy American Pale Ale into an appreciative local market, the brewery quickly outgrew that backyard shed and moved to an industrial unit in nearby Heidelberg West while demand for the beers steadily moved beyond Melbourne across state borders and even into parts of South East Asia and Europe. And, at the same time as the business was growing, the group of five was dwindling as, one at a time, most of the mates moved onto other projects; today just one, Mick Opie, remains as lead brewer under new owners who'd been involved in the business for a couple of years before taking control in 2014 and who are set on breathing new life into the popular brewery.

At the helm is Brian Hardie (pictured behind the bar below), a Scot and one time BrewDog operations manager in the UK who more recently has been involved in importing the likes of Wild Beers into Australia.

"People love the Kooinda story," he says. "But we can't rely on that as a lot of the guys aren't here anymore. So we've been hitting the streets talking about what we're doing.

"We've stopped contract brewing for people to concentrate on what we're doing. We want to become a brewery that people want to work with rather than one on the fringes." 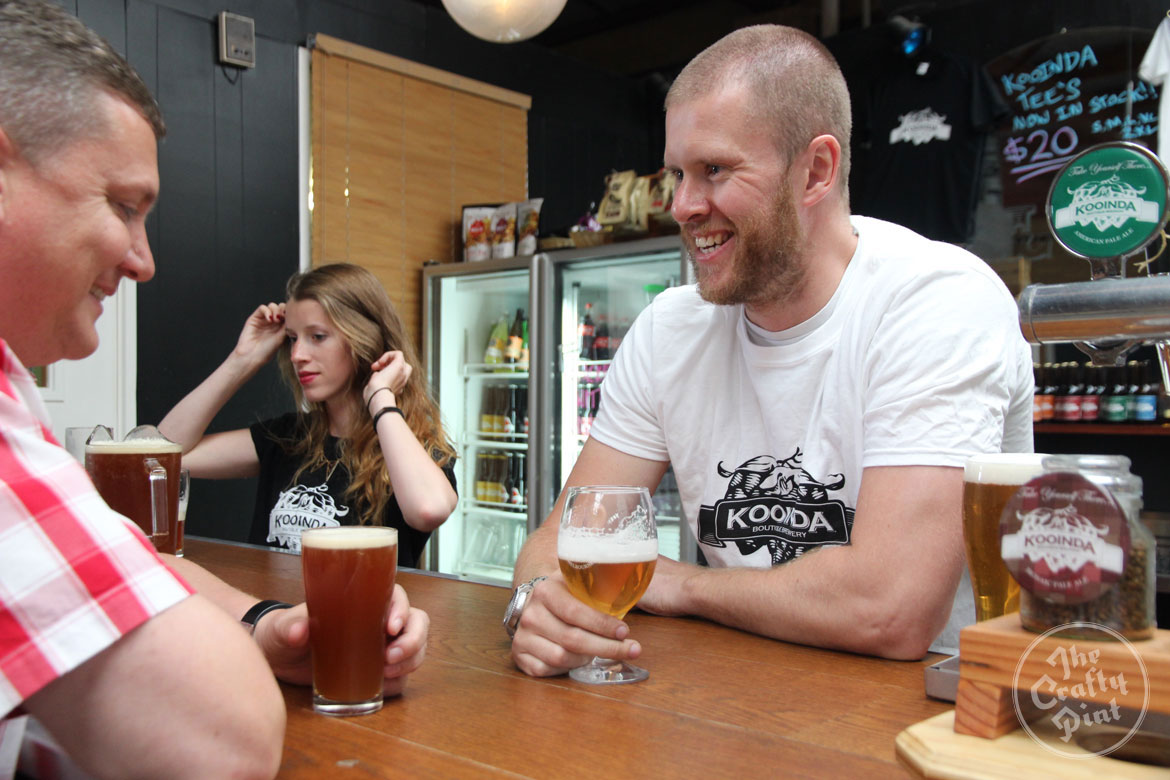 The first task he set himself was reworking and resizing the range and also looking to rebuild confidence among some venues who'd reported issues with the quality of draught beer from the brewery – a legacy, says Brian, of "getting so popular they couldn't keep up with demand."

He explains: "Rather than tell people 'No', they're nice guys who wanted to get everyone's beer to them, which resulted in beer sometimes leaving the brewery much too early."

As well as managing demands, expectations and production timelines to avoid future issues, he says his main mission is "to become relevant. The beer hadn't really evolved the way the industry did. We want to make beer that makes people stop, beer that's as good as the [cult favourite] Black IPA.

"[Kooinda] is never going to be a Moon Dog or look to push the boundaries to ridiculous extremes but we want to make beer that takes people to a happy place [the translation of Kooinda]. We want people to be happy drinking our beers and confident it's going to be consistent."

There has been little time wasted in introducing changes. The original beer has been reinvented as a leaner and paler beast by replacing 130kg of specialty malt with Golden Promise and Maris Otter from the UK while the amount of dry-hopping has been increased in an attempt to boost the aromatics. They've been experimenting with the Golden Ale too, dry-hopping it for the first time and adding wheat to alter the body.

Along with the Black IPA, these beers will now form a pared-down core range of three to be embellished by an as-yet-unconfirmed selection of seasonals (including the existing English Red and Milk Porter) and specials as well as one-off kegs for the Brewery Bar. The plan is to launch all new beers at the Brewery Bar and place a strong focus on becoming the beer for the local community.

"We should dominate the local area," says Brian, who reveals there are plans afoot to work with local artists on branding and possibly rename the entire range too. A canning line is also being considered.

The first new beers to appear since he joined Mick, fellow brewer Taylor Cox and team, are the Half Nelson (which takes its name from the original name for the black IPA, Full Nelson), Mosaic XPA and Blackberry Wit. 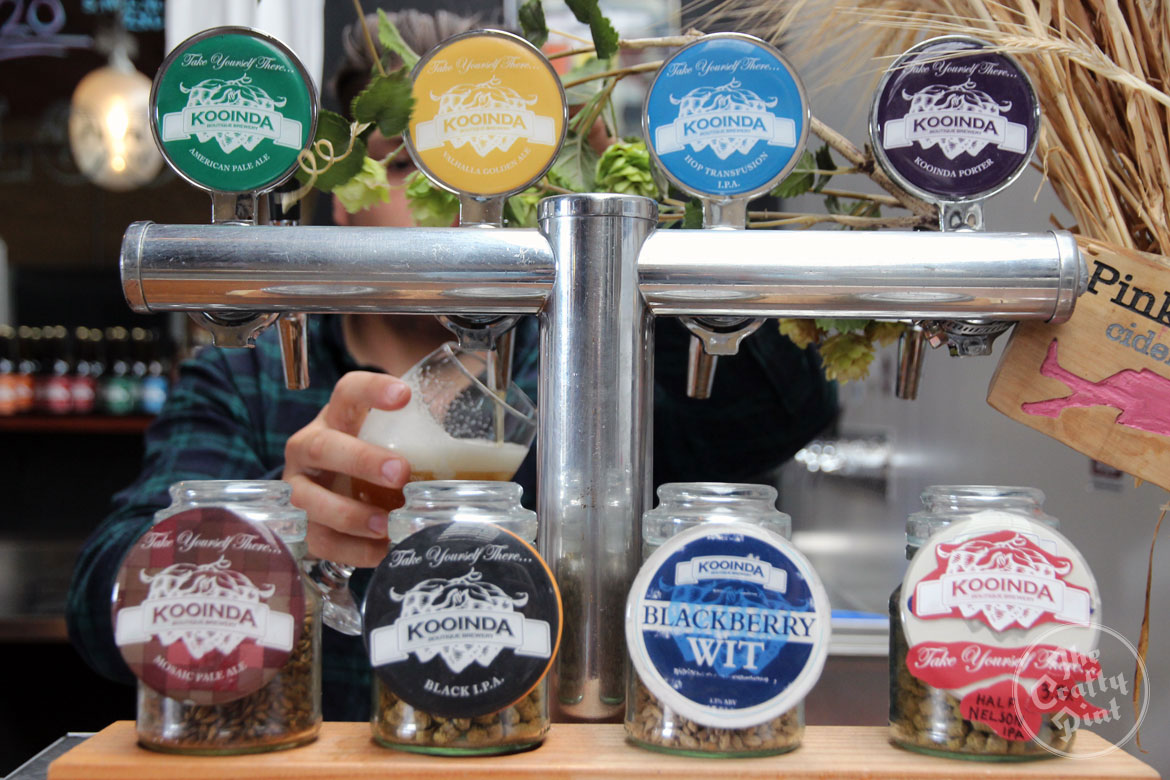 The last of these continues a tradition at the brewery of playing around with different berries with their Belgian Wit, albeit with a new witbier recipe.

The XPA is their latest endeavour to feature the US hop Mosaic, a six percent strong pale ale with orange aromas and flavours to the fore. And the Half Nelson is a "small IPA" weighing in at just 3.5 percent that features a heap of New World hops (Nelson Sauvin, Citra, Chinook and Brian's favourite Anthanum) and just enough malt sweetness to hold the bitterness in check.

The last of these is one of a growing number among Aussie brewers keen to create characterful mid strengths. It's one that Brian "believes in" and, with further tweaking, could become a year round release.

Add to this the first appearance of their bulging Hop Transfusion IPA in bottles and talk of three stouts this year, including one in collaboration with Lost Coast from the US, as they figure out what beers will stick around, and it's clear there's fresh impetus at Kooinda.

"It's about getting people back to drinking our beers," says Brian, explaining that the first major investment will be the establishment of a lab to improve quality and consistency.

"It's critical," he says. "We just want to make the best beer we can and [investing in a lab] will make a difference."