It's been a while since we've cast our eyes south to Tassie for an update. But for our latest Who Brews...? feature we're doing just that.

Captain Bligh's Ale and Cider grew out of Captain Bligh's Tasmanian Cider in Hobart, bringing brewing back to a building with a long brewing heritage. It's been established by Steve Brooks, a guy with a long, long history in brewing himself, and his wife Karen, the author of The Brewers Tale, a novel published last year.

So far there has been a number of beers released in keg only, including the Colonial Ale that was brewed to the Colonial Laws of Tasmania in the 1800s, a local version of the famous German Purity Laws. Plans are afoot to open a brewery bar in the future but, for now, here's Steve to tell us about Captain Bligh's.

Head brewer and chief floor washer, Steve Brooks. I'm a one man band with friends who pitch in when the going gets tough.

I worked in the Rifle Brigade Pub Brewery, Bendigo, in the 1980s and never lost interest in craft beer, becoming a keen home brewer over the years. After a long working life in psychiatry it's now time for the crazy world of Colonial Ale.

The plan is to be a keg brewery for the first year, which should keep us busy enough with the 500 litre brew house.

Brewing takes place in a small part of what's commonly known as the Tasmanian Brewery Building, a massive and really striking heritage building in the heart of Hobart. It's a colonial brew site, starting as Punshon's Brewery in the 1830s, becoming the James Tasmanian Pale Ale Brewery, then The Adams Brewery and finally the Co-Operative Brewery.

Cascade Brewery had a hand in closing most of them in the 'Beer Consolidation' period in Tasmania from the 1880s to the 1930s, a period of great rivalry and skullduggery.

The Colonial Ale produced at Captain Bligh's is made according to the Colonial Laws of Tasmania in the 1800s. The British Empire had its own Purity Laws like the Germans but also stipulated all ingredients had to be grown in Tasmania. For us that means Bushy Park hops, Midlands barley and the softest purest water you could ever want – bugger me!

The last one is named after our muse, Anneke, the lead character in the smash hit book The Brewers Tale, written by my wife and part-owner (and, as she says, not-so-silent partner) of Captain Bligh's, Karen Brooks. A great read - go and get a copy! 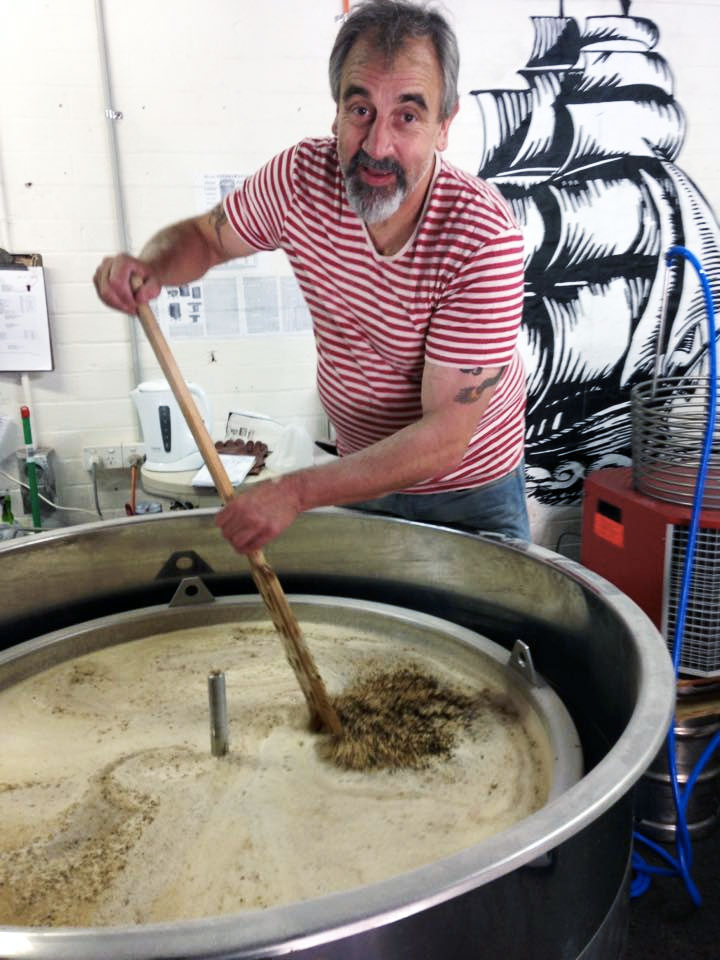 In the near future, the plan is to open a brewery bar for a few hours a week at Captain Bligh's, and we hope to be a presence at some of Tasmania's many festivals as well.

It started as a cider house, named after Captain Bligh who planted the first apples in Australia, in 1788. Now we are primarily a craft beer producer. While Captain Bligh was no pirate, it doesn't stop any of our customers speaking like one (or us!) Arrrggghh!

And which beers are found in your fridge most frequently?

I grab something new every time I visit the bottleshop. So many good beers, only one mouth and so few hands!!

Thanks, Steve, and good luck with the beers and impending bar. Keep up to date with all things Captain Bligh's via their Facebook page.