Pint of Origin has grown to be one of the highlights of Good Beer Week and is starting to appear at other beer weeks too. The concept is simple: venues dedicate their taps to a particular Aussie state, a country or a region of the world for the entirety of the festival. And it's a concept that has struck a chord with brewers and beer lovers since it was introduced by The Crafty Pint at the second Good Beer Week in 2012.

Venues often run Pint of Origin (PoO for short) themed events on top of their tap showcases, as well as themed food specials and we have also run a competition in conjunction with Now Tapped in the past two years.

Today, we're launching a tender process for any Melbourne venues wanting to be a Pint of Origin venue in 2017. This closes on September 23, allowing us time to assess applications, seek feedback from brewers and importers / distributors and make a decision on successful venues before Good Beer Week registrations open on October 1. This allows plenty of time for any venues that aren't chosen to submit other ideas to the festival committee.

If you would like your venue to be included, please complete the form below before September 23.

In 2016, there were 12 Melbourne venues covering the Australian states (including two for Victoria and New South Wales) plus New Zealand, Canada, Europe and the USA. There is the possibility that ACT and some other exciting international additions will debut in 2017; if you have something particular in mind, feel free to put it forward for consideration.

Fill out my online" class="redactor-linkify-object">https://goodbeerweek.wufoo.com... form.

In 2016, the fee for Melbourne PoO venues was $1,050 plus GST. Fees for Good Beer Week will be included in the Event Guidelines released by the festival, week commencing September 19, 2016.

Any regional venues wanting to put on a Pint of Origin themed event can register via the normal GBW submission process.

Benefits of being a Pint of Origin venue include:

Pint of Origin: The Schooner Edition comes to Sydney Craft Beer Week from October 21 to 30, 2016. Find it at the following venues:

Look out for full details of what's in store coming soon. 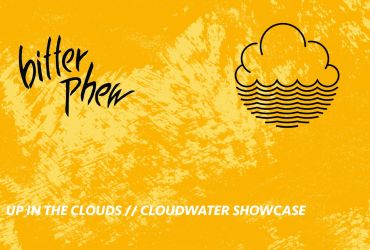 Up In The Clouds - Cloudwater Showcase At Bitter Phew (NSW)

Some people talk about the constant rain in the UK like it's a bad thing. But a bit of cloudwater is…

Today,
Up In The Clouds - Cloudwater Showcase At Bitter Phew (NSW)