In a seemingly perfect confluence of day-to-day digital design, an insatiable appetite and means to acquire normally unassailable beers while building a sizeable online community, Leon Perkin has woven one of Australian most recognisable Instagram beer accounts.

While all of this is important, it’s also the little things like clean and appropriate glassware that remains the foundation for his style. In the first entry of 2019 for our Aussie Beerstagrammers series, Guy Southern discovers more about the Melbourne-based Beer Thread.

Leon Perkin: I’ve worked in web design and marketing as a digital designer for over ten years and have always had an interest in media and all forms digital art. Despite being an amateur photographer, Instagram was a good place to dump snaps with a little spiel in the days before Untappd.

Going back to the start, it was rough iPhone photos of lambic bottles I was proud of or pint glasses at events, generally just enjoying the moment or appreciating the beer. Then, in March 2014, I created a dedicated craft beer group, BEER THREAD, and following that it was only logical to, then start an Instagram account where I could keep track of what and where I was drinking. Also, too look less like a boozehound on my personal account.

Most of my shots are taken with my Nikon D3300 and a 35mm f/1.8G Lens – it was a cheap setup and one I’m tempted to upgrade from soon to streamline the process, but it works for now. I’d argue that lighting and the environment is more important than the device but if I manage to capture beautiful shot on my iPhone camera then I won’t hesitate to post it instead.

My style is generally centred, straight on shots of the beer and glass in focus and light exposure enhancing those items if possible. If I can find a location where I can get a decent bokeh effect then that’s a bonus.

I really don’t follow the rules or evolution of Instagram, which could be to my detriment, but I do believe in keeping content and imagery organic and as natural as possible. I’d rather have fewer quality followers who engage and can absorb a post from a human level than more followers and likes that are almost robotic.

Ultimately, the account exists so beer stories and relationships can be shared, not just for numbers and popularity.

I’m a sucker for suave photography and some that come to mind are @gotthard_beer, @elitraks, @bluedoors and @sipsandsessions. One of the first people who inspired me to invest better photography was @pancakesandbeer who I met and hung out with in Seattle when I visited in 2017. Last but not least, who doesn’t love the posts from @dontdrinkbeers?

I think it’s important to be able to poke fun at ourselves and how absurd the beer culture has become as well as enjoying it.

Hashtags are synonymous with Instagram yet have zero influence elsewhere. What are some of your favourites and what’s one of the weirdest ones that you’ve seen or used?

I find them to be a bit of a burden and not something I enjoy including, but know they are necessary in connecting a post with related posts. I also include #beerthread and follow with a lot of the typically obvious craft beer tags, then customise the post to include the beer type and brewery when I’m not lazy about it.

I haven’t noticed too many weird ones as I’m usually focused on photography and beer releases, but it’s always funny to see wacky made up hashtags from drunk people.

Getting the right photo is the main part of it, the blurbs I write are always thrown together on the spot without too much, though. I see it like, if you were drinking with mates at a bar and you had an opinion on a beer, what comes out of your mouth first should be what you’re expressing verbally – it shouldn’t be contrived or sound like you’re copy and pasting a beer style blurb from Untappd.

I think good quality photos and captions would be beneficial to a brewery standing out, but that also has to coincide with a good business model including branding, beer access/distribution and, ultimately, good quality beer that people are excited about drinking.

Usually anything hyped or rare is at the top of the list – for me it’s easier to promote good quality beer that I’m loving than to get excited about posting a beer that’s “just okay”.

Oh, and I should add that, if I can match the brewery’s proper glassware with the beer, that’s a drawcard for featuring a beer!

Instagram has the potential to engage brands beyond traditional marketing methods. Are there benefits for beer businesses getting involved with Beerstagrammers?

I’d argue a lot of Beerstagrammers speak honestly and have the freedom to say their piece and give their opinion without it being advertently set up to sell. There’s power in a good photo, a justified rant and some personality entwined – straight up real people drinking good beer and wanting to connect and share the experience.

Embrace your individuality – think about what your style of posts are that might be a point of difference and stick with a rhythm, but keep it varied enough that people are intrigued to see what’s coming next. Definitely tag all the parties involved (both @ and #) and sometimes it’s good to tag the distributor and store you’ve purchased the beers from as you might get a repost.

If photography isn’t your strong point, maybe focus more on words, or write a poem about each beer? It doesn’t matter what angle you take, but find your own identity and knock it out of the park!

In another Crafty Pint article, I saw @slybeer mention “ensure your beer glasses are clean” which I completely agree with. Also, watch smudged fingerprints all over your beer glass and maybe give them a wipe or three before taking that photo. It’s amazing just how much a good photo relies on the scene you set above the camera you use.

Accounts that constantly just repost other people’s work don’t do anything for me; I look for personality, individuality and style. Sponsored ads and accounts come across as contrived and desperate. Also, spammy comments such as “this is a great post” or even constant thumbs ups and beer emoji comments can drag you down.

When commenting, say something unique and engaging otherwise you sound like a bot.

For other features in this series, head here. If you would like to be featured – or have an account you love and would like to know more about – let Guy know. You can also check out Guy's beerstagramming at Goodtimes Craft Beer.

NB: It should go without saying but all photographs published in this article are the work of Beer Thread. And apologies to Leon for cropping the image at the top to fit the page... 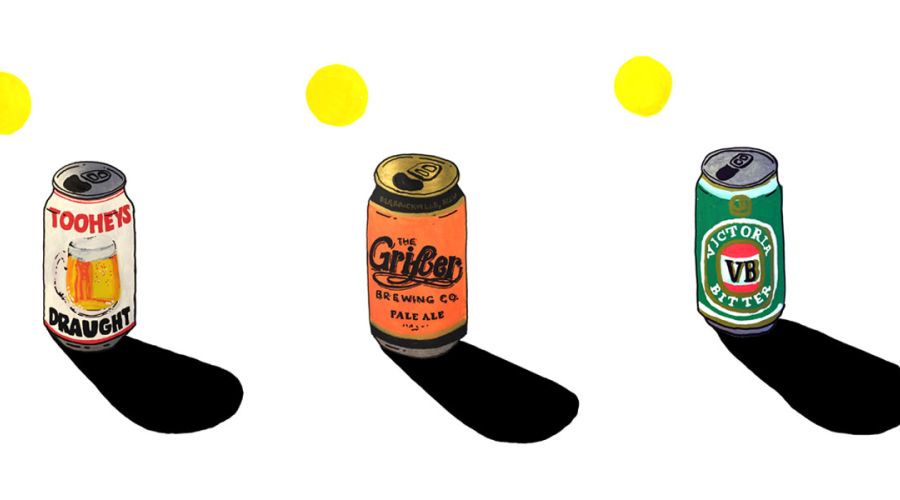