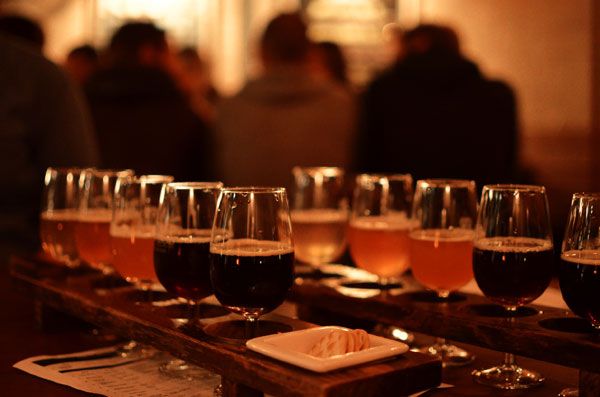 Sadly, Crafty couldn’t make it to the Feral Tap Takeover – the event that saw all 20 taps at The Local Taphouses in St Kilda and Darlinghurst handed over to the WA brewer. Thankfully, we were aware that the current Crafty Blog of the Month crew were heading there on the first night so asked them if they’d like to write us our second guest review. They said yes, so here it is, the Feral Tap Takeover as seen by the From Beer To Eternity boys…

When: From May 3 until all the kegs run out!

âI think itâs incredible to give a brewery the chance to showcase a huge amount of their beer styles to show what theyâre capable of. Feral are up there as my favourite brewery in Australia and they do so well experimenting with a range of different styles and producing at such a high quality.â 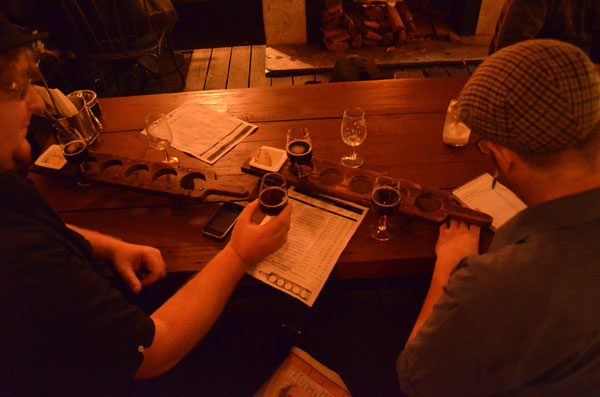 And her favourites of the tap lineup?

âThe Fanta Pants is definitely one of my favourites, the Barrel Fermented Hop Hog is just a stand out. The last time we had that it was the first time Iâd tried anything of that calibre in terms of the complexity of flavours. The fresh moss and vanilla and the sweet earthy flavours really go together perfectly.â

What was it all about? Feral Brewing Company taking over all the taps at the Local Taphouse in both St Kilda and Darlinghurst. The clue is in the name, I guess. The event was a chance to showcase Feralâs full range of beer exclusively and all in one location. It gives punters a rare chance to taste a vast array of different beer styles on tap.

Which breweries were there? This was a âFeral onlyâ event (Iâm surprised I didnât see the Collingwood cheer squad there!) and all other breweries were turned away at the door. I guess theyâll just need to wait for their own tap takeover. 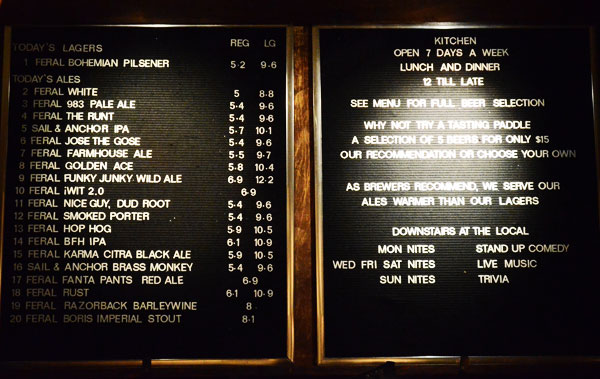 Who was there? The crowd was pleasingly diverse, especially for a Tuesday night. The appreciators of craft beer present (as it was the first day of the event they didnât want to miss a beat!) such as the crew from Oscarâs Ale House along with a few Ale Stars regulars. A group of girls in their 20-somethings were giving the 983 a methodical beating. There was also a trio of tragics who were constantly scribbling notes on to paper, struggling with a camera tripod, and getting in everyone’s way with multiple paddles. That was us.

Highlights: Barrel Fermented Hop Hog. No need to say any more, but I will anyway. What a treat that beer is, with the extra creaminess and vanilla hints from the French oak barrels. Jose the Gose deserves a mention here too. A really interesting take on a style that is rare in Australia. A salty, savoury taste that was magnified when served through the caper berries from the Funky Brewster! It has to be mentioned that every beer was of very high quality and itâs remarkable they can produce such a diverse range of beers. 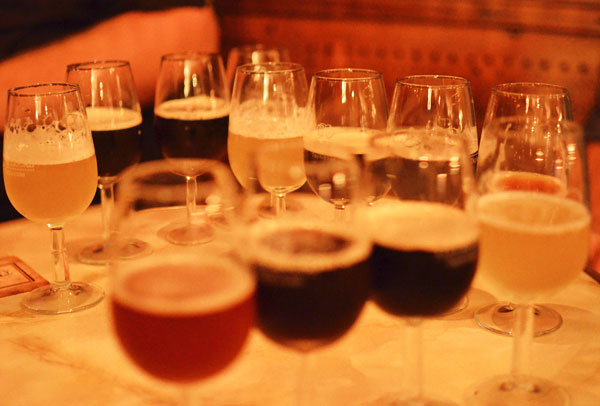 Now all I can do is wait expectantly for the next brewery to plan a tap takeover.

Cheers guys – and for the photos too. Much appreciated!