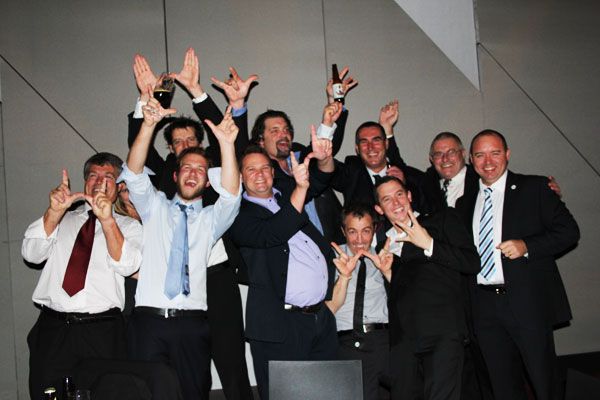 It was a night of surprises – and familiar faces – as the winners of the 2011 Australian International Beer Awards were announced in Melbourne at the weekend. Serial winner Feral picked up the Champion Ale trophy for the third year running, with the Hop Hog regaining the crown it won in 2009 from its little brother, The Runt. It was one of five trophies heading to WA as the state backed up its brewers' claim that it’s the home of craft beer in Australia. Cowaramup, a small brewery in the Margaret River region, took out Champion Lager for its Pilsner, Freo’s Monk Brewery & Kitchen won Champion Reduced Alcohol Beer for Monk Mild and Bootleg, also from the Margaret River, picked up Champion Wheat Beer for the Sou West Wheat. Meanwhile, Champion Packaging Award went to Gage Roads Brewing.

Elsewhere, 2 Brothers laid claim to the Premier’s Trophy for Best Victorian Beer for the second year with the Guvnor picking up the trophy previously held by the Voodoo Porter. The Guvnor, which was also named Champion Scotch Ale and Barley Wine, pipped Hix Pale, from the Dromana-based brewery, and Boatrocker’s Hoppbier to the Premier’s Trophy â a nice reward for Boatrocker’s Matt Houghton who was part of the small band that got Good Beer Week off the ground. Over the border in NSW, there was triumph for the Thirsty Crow’s Vanilla Milk Stout, which picked up the trophy for Champion Hybrid Beer – not bad for a brewery that’s only been going three months!

Speaking of Good Beer Week (or Good Weer Beek as it was announced at one point), it was great to see the inaugural event recognised at the awards, from the decision to open the night with the Beer Song video Crafty shot with ElbowSkin and The Post Project for the week to multiple acknowledgements throughout. After the awards, Chief Judge Peter Manders, who played a starring role in Saturday night’s first Great Beer Debate, said: “The AIBA extends our thanks to this group. We are thrilled to be a part of this exciting new initiative and will continue to support their endeavours.” 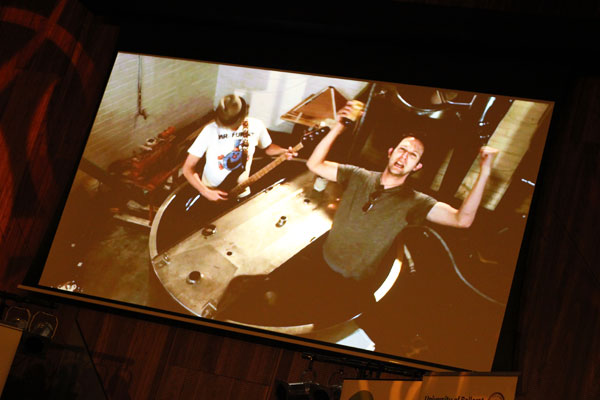 Five awards were also picked up by American breweries, with two – Champion Small Brewery and the RASV’s Champion Exhibitor going to Moylan’s, a brewery from California who responded with a couple of joyous acceptance speeches recorded on their iPhones.

John Stallwood, whose Nail Brewing picked up a third straight gold medal for its Nail Pale – the only Aussie pale ale to pick up three in a row – agrees. Speaking to Crafty before the awards, he said: “The WA microbrewing industry is as strong as it has been and has gone a long way since the Sail and Anchor first introduced craft beer to Australia. WA craft beer quality is as strong and deep. For many years WA breweries have been winners in beer awards but probably since the Perth Royal Beer Show was introduced in 1997 the WA industry has lifted a level.”

He said the quality of pubs in the West was also helping their cause.

“Though the Sail is no longer producing beer it’s selling more craft beer than ever before. New manager Matthew Marinich has used his Jedi skills to add new force to WA Craft beer with not only a huge range of local beers but also industry education,” he said. “The pioneers, Clancy’s Fish Pub, who were the first to push craft beer on taps 10 years ago, have now opened their third pub in City Beach with another starting in Margaret River. Many other WA pubs are now following suit, with the availability of some of the small independent breweries like Feral becoming more and more popular. Thanks to Little Creatures, which is one of the biggest tourist attractions in WA, education about craft beer in WA is changing by the day.” 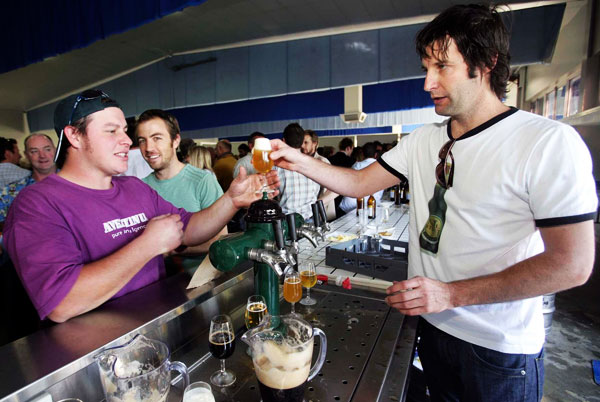 On top of that, he cites the opening of new breweries – Beaten Track, Artisan, Boston, Cheeky Monkey, Eagle Bay, Yallingup and Settlers – and the decisions by established ones to upgrade not only with more fermenters but bigger brewhouses. The WA Brewers' Association has relaunched and plans are underway to start a WABA festival in November. For more, check out the WABA online.

Their successful beers will get another chance to prove themselves when the results of the Royal Perth Beer Show are announced next month. There has been a slight increase in entrants this year, including more than ever from SA, Victoria and NSW after free interstate freight was introduced for the first time.

Chief Judge Sean Symons says: “WA continues to impress with a real maturity across a diversity of styles that demonstrates the market has developed from a ‘point of difference to mainstream to a competitive market in its own right. Having judged across a number of regional, national and international competitions, I believe that this is underpinned by a quality amateur category, which in WA continues to showcase beer of considerable quality and trueness to style. The number of commercial craft breweries is still growing, and it is the most prosperous category in a beer market that overall is in slow but steady decline.

“This year, we have a fantastic panel of experienced local and interstate judges, with a keen sense of style and a depth of experience in detection of some of the variations in good brewing practice that can manifest as complex flavors in beer. As always, it will be a great competition, with the judges keen to give feedback to exhibitors on their entries.”

For the full list of AIBA winners, head here.

Photo at the top shows WA’s successful brewers giving it the big “W” at the awards dinner.