For much of Australia, 2020 was a challenging year unlike any before for those in the beer and hospitality industries. Bushfires, lockdowns and exacting restrictions even when venues could reopen brought many businesses to the brink and tested the limits of owners' adaptability and resolve.

However, in the Northern Territory, where COVID-19 numbers remained low and venues were able to re-open to customers relatively quickly, the impact wasn't as severe, even if the situation was far from ideal. For one, the hit to tourism has been enormous, and the threat of the virus remains ever-present.

For Chris Brown, head brewer at Beaver Brewery in Darwin, the peak of the pandemic in the Territory was a stressful time. His wife, Corinna, works as a doctor, so making sure that she and their two children were safe during the period was the top priority.

But, since emerging from the worst of it, he feels as though the industry as a whole skyrocketed, a situation for which Chris credits both the Darwin and wider NT population.

“The community really propped us up,” he told The Crafty Pint. “Everyone in the NT stood up and supported each other. Without it, the economy would have really really struggled.”

The need to adapt helped Beaver grow too. Chris was able to purchase a canning machine during the course of the year, which has helped push forward the takeaway side of the brewery, something he'd not anticipated happening for a few years.

“We’re really just trying to get our foothold in the Darwin market and we’re developing a bit of a following,” Chris says. “We have 500ml cans now which has been huge... takeaway was always going to be the next step for us. It would have happened in maybe five years from now; however, everything just fell into place because of COVID.”

Another brewery team that found themselves adapting and pushing forward during 2020 was Alice Springs Brewing Co, who got their hands on a bottling machine so they too could enter the packaged market. Founder Kyle Pearson says that acquisition was crucial when the venue was closed during the height of the pandemic.

“It was a pretty hard slog for those weeks we were closed. We often joked that we just turned into the world’s most expensive pizza shop,” he laughs.

“We were really lucky that I had bought a bottling machine... That’s really what saved us, it forced us into packaging during that period and, while it’s not that fun to use – it’s pretty slow and small – we still use it to this day.”

As with Beaver Brewery, he says Alice Springs Brewing Co experienced a rush of patrons eager to return once restrictions eased. And, while Kyle says they're missing tourists, being able to reconnect with their local community was hugely important.

“People have definitely become a bit more mindful about who owns what they eat and drink and wanting to support local businesses," he says. "People want something authentic, they want to connect with their community.”

In terms of new beer releases from the past year, a collaboration between ASBC, Beaver Brewery and the Purple Mango Café and Brewery, which reopened in the second half of the year under new owners, was another example of that community spirit. The Territory Mid Strength was brewed by the trio as a beer by the Territory, for the Territory, and has been on tap at the three breweries in recent months.

Purple Mango's Adam Asanovski, who admits to still being a bit green when it comes to brewing, says he was grateful to be working with brewers like Chris and Kyle.

“I was super privileged to be working with those guys,” he says. “I would call them master brewers, while I’m still a fair way away from that title.”

As for the collab, he says: “I think it’s great, but it’s about what the customers think. They’ve all been very positive so far... we wanted to create something with a nice, easy-drinking flavour, which is what we think we’ve achieved here.”

Growth was also key for Adam and Purple Mango in 2020. With the café side of the business typically fully booked, he believes the brewery will slowly grow in 2021 as more people seek out craft beer.

The events industry was also devastated by the pandemic in 2020, but industry mainstays One Mile Brewing Co weren't having a bar of this; once restrictions eased enough, they launched a beer festival for the NT.

Brewery director Bardy Bayram says the Beer & BBQ Lot Festival, which took place at the start of August, was a great way to burst free of the lockdown restrictions.

“The Beer and BBQ festival was fantastic to put together,” he says. “It was a great way to segue out of the tough restrictions and connect with people again.

“We saw a few thousand people come through the free event. We had a few new products on display, which was exciting to get people to try.”

He now hopes to see similar events in the region as the appetite for craft beer continues to grow. Certainly, once tourism is back in full force, visitors to the NT will be able to enjoy more locally created flavours – in more places – than ever before.

You can read our look back at 2020 from a national perspective here, check out our thoughts on the year in beer in Tasmania, NSW, Queensland, WA, SA and Victoria, and look out for the series wrapping up in ACT in the coming days.

You can find the above breweries and hundreds of other good beer venues across Australia in the free Crafty Pint app. 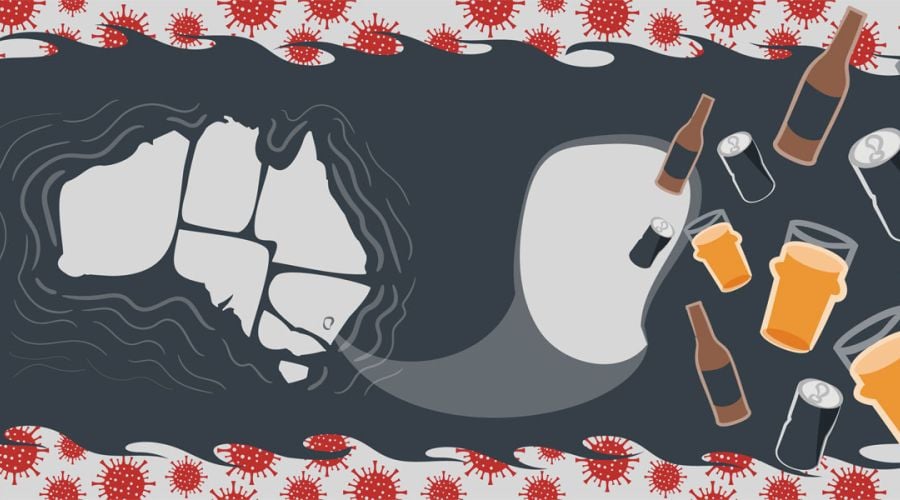