WA’s Swan Valley region is famous not only for being Australia’s second oldest wine region but also for cradling a nascent brewing scene just after the Millennium which went on the influence the rest of Australian beer.

Now a family team are placing their own stamp on this idyllic locale, one which draws from their heritage and a previous business. We caught up with Txoko Brewing co-founder Gabriel Rodriguez Urrutia-Shu to find out more for the latest edition of our long running Who Brews...? series.

What's your brewery name and what was the inspiration for it?

Txoko, pronounced Cho-Ko, is Basque for cozy nook. Historically, a Txoko began as a social space for friends to meet regularly and eat, drink, sing and dance. Today they're cooking clubs, spread across all towns in the Basque region of Northern Spain. People gather, at least once a week, to cook for each other and enjoy some fine-ass drinks.

We set up Txoko Brewing at the foot of the Darling Ranges. We're not at all associated to the Txoko clubs of the Basque Region other than sharing some Basque heritage. However, we draw inspiration from the practice of having a comfortable and safe space for a community to gather and hang out over some drinks.

While not so much engaged on the food side like our Basque counterparts, we would like to think that the beers we brew embody the same openness towards experimentation. Pursuit of knowledge, not only of new styles but the old and long forgotten. They might come out amazing, they might not come as good. Every batch is different and more importantly, will always teach something new.

Dad and I ran a small takeaway pizza joint. I was homebrewing at the time and imparted a lot of my interest and passion in beer to my dad. We would share lots of interesting beers and it practically became a hobby. Eventually, after years of homebrewing and working together, Dad and I thought why not? A microbrewery with pizzas seemed like something we could do really well, so we did it.

We originally wanted to have a nanobrewery in our 70 square metre pizza shop but the council process made it nearly impossible. In hindsight, I’m glad that nanobrewery didn't eventuate, I’m regularly doing 2,000 litre batches for our pub, I couldn’t imagine the amount of effort needed on nano systems for commercial viability.

Lots of dark ales, lagers, IPAs, you name it. We’re moving more into wild ales as time goes on – this is more what I’m passionate about and I’m glad the local market is finally being receptive to the styles. I’ve got a few barrel projects coming out and I am working on mixed-culture beers.

Of those, what beer best represents you, and why?

We Out Here Souring because it literally has my face on the can. But I also really enjoyed that beer. It’s an 8 percent ABV tripel malt bill, kettle soured with lactobacillus Helveticus then fermented with kveik. The diverse malt bill lends to a rich, round sweetness followed by impactful tartness. A flavour profile reminiscent of lychee and zesty apples. Sweet and sour like me.

Detroit house and techno. Drill rap when the mood strikes.

Having Nail Red on tap at Petition bar years ago. I remember having a sip, looking down at my glass and thinking, “I’m going to learn how to make this”. I booked a brew day at a “Brew on premises” place soon after and brewed a red ale.

I remember finishing the brew day with liquid extract, thinking, “Wow, that was easy” before being told that beers are properly made all-grain. Then I started saving up a lot of money for the best three vessel HERMS system I could after weeks of research into this new world.

I’m pragmatic when it comes to beers so I need a little more information before being able to answer this.

Is it a hot island? Cold island? Humid? If the island is equatorial then I'd be pretty happy with having pilsners year around. Lost on a snowy Scandinavian Island? Well, I’d be on a rich, dark roast stout.

I'd like to develop our farm-brewery further into the organic path. I'd like our aquaponic farm to be an important place of learning for future generations to learn about sustainability and self-reliance. Ideally all our vegetables from the brewpub would be grown on site.

I’m also delving deep into the microbiology side of beer fermentation, which is main driving force of my interest in beer. Ideally in a few years’ time all our beers are fermented with native microbiomes on-site, so that we can further represent the country that we brew on.

A couple of pre-label change Black Arts Bière de Coupage – really tasty; haven’t tried the later iterations. Some Dingo Lagers, which really suit the dry 40 degree days we have been having. And lastly some Garage Project Golden Path. I thought I’d have a few light hazies for guests who aren’t familiar with the left-field beers that populate my fridge.

Where can people find your beers, and you on social media?

We will be launching our online store soon. We have been a bit selfish with our product and haven’t stocked ourselves anywhere besides a few drops over the last couple years.

Ninety-nine percent of our sales go through our brewpub taps, but as COVID propagates throughout our state, it’s likely we will start being more commercial over the next year. It’s best to stay up to date with our Instagram.

You can visit Txoko at 247 Haddrill Road, Baskerville, and also find them along with hundreds of other breweries and good beer venues in the free Crafty Pint app.

Articles by Guy
who brews txoko 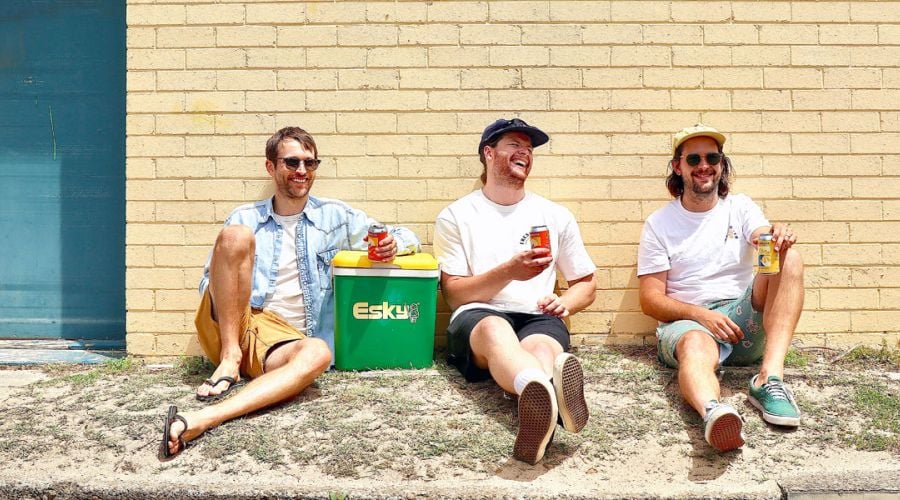 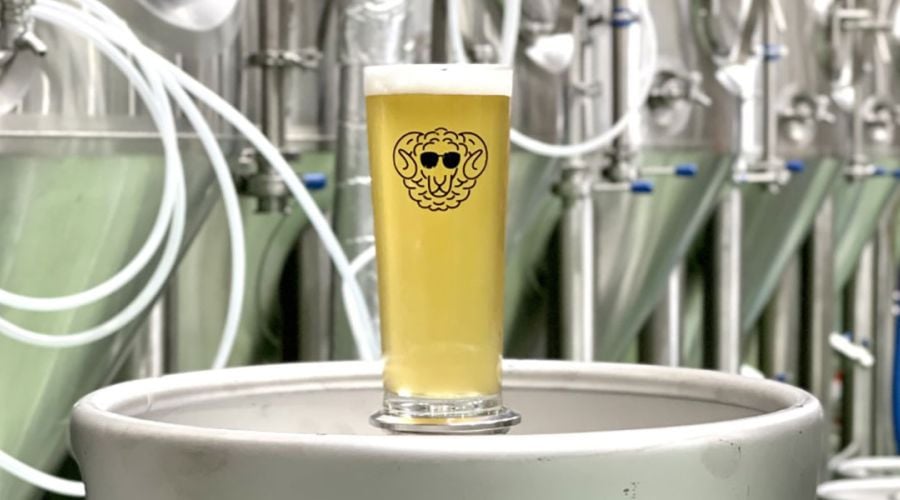