If you're the sort of beer lover who tends to frequent the world of social media (we're told there's quite a crossover between the two, after all), then the chances are you'll have seen the odd reference to Uncle Frank recently. You'll probably also have witnessed the occasional appearance within the carefully structured beer photos of the most avid Beerstagrammers of glassware bearing the water, hops, malt and yeast logo of Craftd Glass.

If you haven't yet spotted Uncle Frank and his stablemate Le Francois, the chances are you soon will (and we don't just mean by looking at the top of this article) as they're hitting a sweet spot with the drinkers who've been quick to jump on board with what this tiny Melbourne-based startup is offering.

Craftd Glass launched last year, a joint venture between expat Kiwi husband and wife team Benjamin and Sarah Pickersgill-Brown. They're on a mission to bring a touch of eye-catching class to the local craft beer world; thus far there has also been a niftily branded and packaged bottle opener accompanying the glassware.

It's certainly a world in which there's room to exist. For the most part, other than branded brewery glassware, it's only really Spiegelau operating in the beer glassware space locally. As part of the 250-year old Riedel business that recently collaborated on a glass with Coca Cola, in beer terms Spiegelau is perhaps akin to Little Creatures Pale: an excellent, high quality product that's part of a larger empire.

So, if there are Aussie drinkers out there who prefer their beers from small, independent breweries, presumably there are drinkers who'd prefer their glassware to come with similar credentials. And Craftd Glass fits the bill; in beer terms, it's more like an Exit Brewing: a few batches in; winning fans among the cognoscenti; occasional deliveries making it outside its home town; and sleek branding to boot.

"When I started looking around for good glassware, I found Spiegelau and then that went crazy," says Ben. "It's fantastic glassware and I'm not trying to compete on that level.

"I could get other glassware but it was always tied to a brewery and, totally subconsciously, you wouldn't want to serve one brewery's beer from another brewery's glass."

So he set about looking for other options and, from November 2013, developing the concept and brand for what would become Craftd Glass in August 2014.

For Ben (pictured below right), an IT contractor by day, and makeup artist wife Sarah, this is a second stint in Australia since they first left NZ in 2008. The two stints were broken up by a period spent living in southern Germany, which was the time that Ben's love for beer glassware blossomed as he came to admire the German's reverence for serving beer properly in appropriate glassware, a reverence that comes naturally to them. 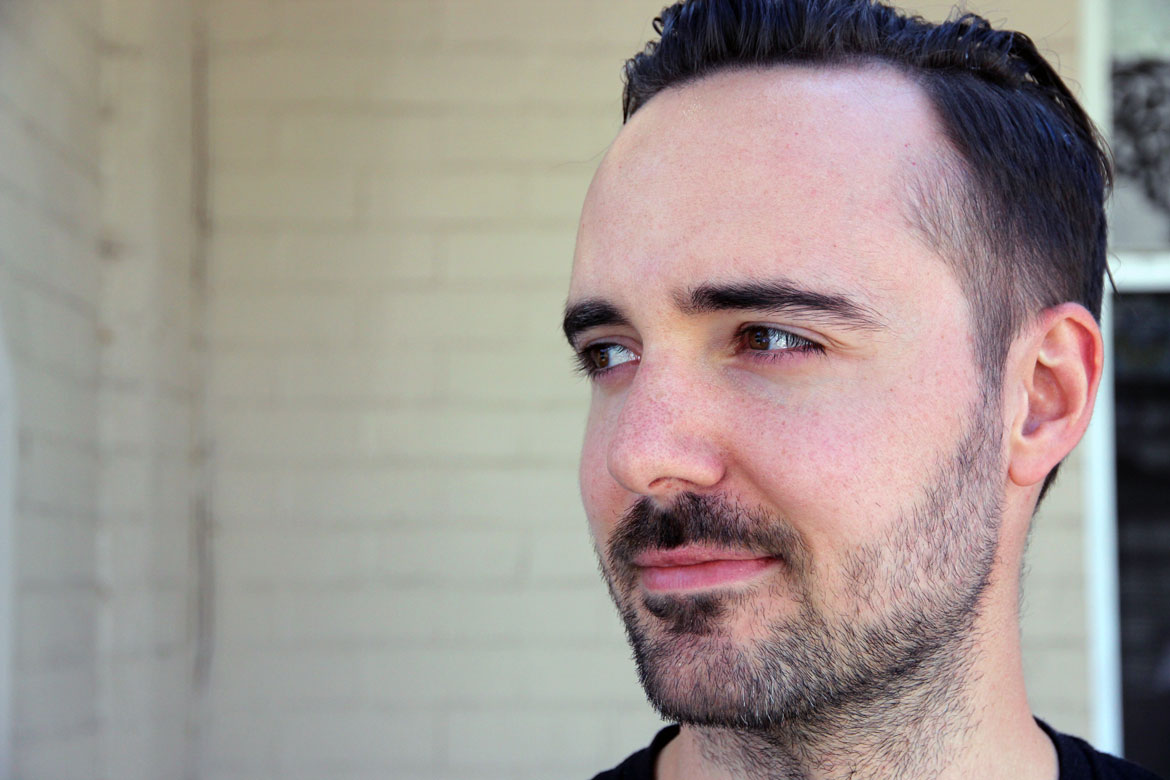 "I was a bit of a late bloomer with beer," he says. "When we were in Germany, we drank our fill of wheat beer [from unique wheat beer glasses] and that's where the glass side of it kicked off.

"I love branding too, always have, and wanted to start a business."

The business remains tiny: the most recent order of more Uncle Frank (above left) and Le Francois (above right) glasses (from the US and Italy respectively) was for less than 270 glasses in total, which are then etched with the Craftd branding he developed himself. That said, this week, VIP guests to the Melbourne Stone Brewing launch will receive a glass co-branded with Craftd and Stone – not a bad first tie-in.

When it comes to choosing the glassware, Ben says he considers whether a glass would be fun to drink out of, whether it looks good, and whether someone would enjoy drinking out of it.

"The Uncle Frank is really rewarding to drink out of," he says of the jam jar like glass he first spotted in a New Zealand showroom and sources from the US. "It sits in your hand really nicely."

It's finding fans fast; our first Beer Nut, Jimmy "A Craft Beer Ideot" Swinglehurst, swears by it as his favourite weapon. And while it's not the sort you'd want to enjoy a rich Belgian from, for example, its straight sides are topped with a curved lip that works to hold the head and concentrate some aromatics nose-wards.

"The size is something I take into consideration too," says Ben. "Uncle Frank is a bit bigger than I'd hoped so a single stubby doesn't fill it. But that just means you have to open a bigger bottle!"

Looking ahead, he says the plan is to create their own glassware rather than source and rebrand existing options. But growth will be steady and organic. The business, such as it is, is as small time craft as you could wish for: everything is handled by Ben, with Sarah his creative director.

"We are the 'we' of Craftd," he explains. "We're really keen to grow organically. I'm cleaning every one of the glasses myself."

Other than having an ever-widening selection of glassware to satisfy his passions for beer, glass and branding, there is one other major benefit he's reaping too.

"Now I have meetings about beer, talking about beer and drinking beer," he says. "It's fantastic."

Sorry ours was over coffee, Ben. Next time...

You can find out more about Craftd Glass and order your own glasses (while in stock) here.