As the name suggests, this bar in the heart of Melbourne’s Federation Square has always offered solace for the beer aficionado. But it really started to come into its own as a craft beer destination since the end of 2008. Where once there were four beers on tap, there became nine, then more than a dozen, before more were added upstairs and outside until, well, who’s counting? And, while the beer pouring from those taps may have changed occasionally in the early days, now it’s something of a merry-go-round.

It’s a merry-go-round that mixes a bit of the mainstream with much of a crafty nature too, with Beer DeLuxe regularly showcasing quality Australian craft beers alongside weird and wonderful imports. On the mainstream front, an agreement with CUB sees the main bar boasting copper tanks filled with unpasteurised Carlton Draught that travels overhead to the taps inside and outside to the external beer garden bar. And while that isn’t going to excite Crafty Pint readers, appearing alongside the Carlton Draught and Matilda Bay beers is a rotating selection of independent brewers' beers, while the fridges are stocked with many more.

Indeed, since a change of ownership in 2012, it’s become a venue that sits somewhere between its more commercial days and the height of its beer geekdom. And it’s a venue upon which much investment has been lavished. Its two large beer gardens- one on Flinders Street, the other in the main area of Fed Square itself – were always great spots to relax with a beer in the heart of the city and both have been significantly enhanced with heaps of extra seating, grass and covered spaces.

Aside from that, much has stayed the same. There’s still a focus on offering a menu that’s filled with beer food, delicious burgers and home style pizzas. Beer Deluxe still hosts beer events, particularly during Good Beer Week, as well as many other events too. As much as anything, it’s become a gateway beer venue with plenty to satisfy those who have no desire to move from the mainstream, enough approachable alternatives to entertain those who do, and a smattering of limited releases on tap and in bottle for the hardcore. 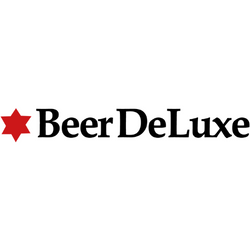