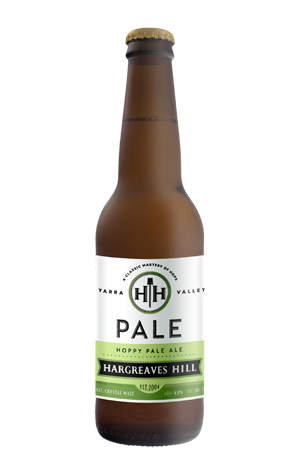 Here's a beer that has been through many stages of evolution since a hoppy pale ale was the first beer brewed by Hargreaves Hill. It's flitted from leaning more towards malty UK influences to more hop forward US stylings and back again over the years.

These days you'll find it occupying lean, pale and hoppy territory. It's a beer we think of as a pint beer – the sort where you want to sit down and drink it like in the old days, rather than dissect and discern. Which is the sort of characteristic that may be part of the reason it's the brewery's biggest seller.