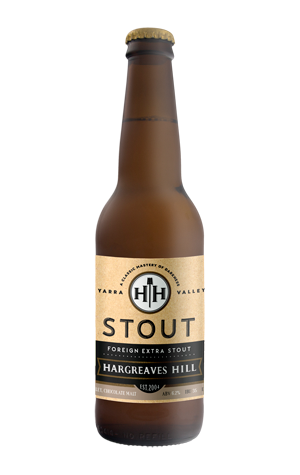 A beer that was first added to the Hargreaves Hill bottled range in the second half of 2010, this is a Foreign Export style stout with a fuller body and higher alcohol content than most standard stouts. Back then, it weighed in at 6.7 percent ABV, something that's since been trimmed to 6.2 percent.

It's a showcase for darker specialty malts, a beer with a wealth of dark cocoa and espresso coffee characters in a warming beer that balances the bitter edge of its roasted malts and Warrior hops with a touch malt sweetness. It was the inspiration for the brewery's annual R.I.S., another beer to hunt down whenever you spy it.