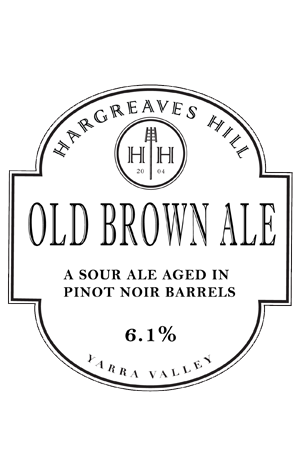 In his brewery's 11th year, Hargreaves Hill founder Simon Walkenhorst reckons they've made their best beer yet. The Old Brown was snuck out at a few places during Good Beer Week but most of the kegs were held back until the noise had died down a little. It's another beer, like those just released by Bridge Road and 8 Wired, that looks to the unique producers of Belgium for inspiration: an Old Brown (or Oud Bruin / Flanders Brown) that originates in the Flemish part of the country.

It's also the parti-gyle sister brew to Hargreaves' most recent Russian Imperial Stout, using the "second runnings" from the early stages of the brewing process after the thicker, sweeter "first runnings" had been boiled to create the stout.