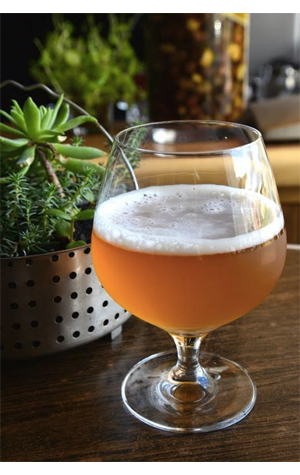 The expansion of the palette at Hargreaves Hill continues apace. In recent times, they've explored the world of hops with a series of fine single (or occasionally double) batch IPAs while also releasing their first forays into the world of bacteria. The Yarra Valley brewery now has a Belgian-inspired brew doing the rounds in the shape of their Tripel. They've long brewed one of the country's best Belgian dubbels (the AD or Abbey Dubbel) and now it has a stablemate.

The Tripel was the farewell brew by Shane, a brewer who is now plying his trade at Boatrocker, and we're told it's "like a trip to Belgium in a glass". Based upon Shane's award-winning home brew recipes, this strong golden ale features noble European hops, a variety of malted and unmalted grains and a sprinkling of coriander and sweet orange peel.

The brewers describe it thus: "Heady aromas of banana, orange blossom, bubblegum and a tickle of aromatic pepper caress the nose, before a deft, rounded palate of biscuits and baked oats succumbs to a spicy warming finish with subtle hints of vanilla and anise." Sounds delightful!