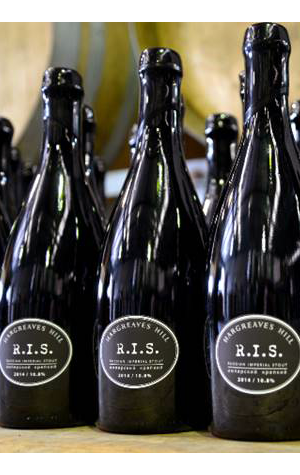 For lovers of big black beers, there are few that can compete with the very big and very black Hargreaves Hill RIS (Russian Imperial Stout). What's more, for the 2014 release they've even added a black wax seal atop the very limited number of 10.8 percent ABV beers.

As for what's inside them, the brewers tell us it's "smooth and rounded", the result of being held back in the brewery for an extended period to allow it to mellow, with its roasted characters joined by "elements of chocolate and liquorice, and hints of well-developed secondary fermentation characteristics." Look out too for "firm alcohol and a moderate bitterness balancing a chewy and textural malt palate, with a gentle roasted malt acridity holding the tail in check."