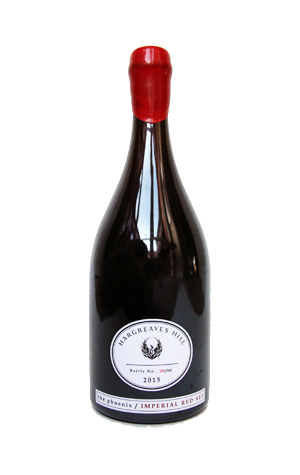 The run of imperial releases coming our way continues, suggesting the summer heat is no obstacle for brewers unveiling their bigger brews. This time around it's the latest Phoenix from Hargreaves Hill. For those new to the beer, it was first brewed to mark the opening of their second brewery in 2009 after the first was destroyed in the Black Saturday fires, and it's always one of the most welcome annual releases at Crafty Towers.

It's something of a rarity among big, locally brewed red ales in that its focus on more on the character of the malts than the hops, whereas most big red ales tend to lean towards red IPA or India red ale territory. No doubt there is plenty of Citra and Simcoe added here, what with the beer being a not insubstantial 9.6 percent ABV, but those hops play a supporting role to the magnificent rich malts.

Given it's one of the most expensive beers you'll ever buy from an Australian brewer, you won't find any shortcuts being taken: the beer is held back to develop in bottle a while before leaving the brewery, only 500 numbered bottles are released and each comes in a wax-sealed, weighs-a-tonne 750ml bottle (with the wax a handy preventative against opening one when you really don't need a beer of such genesis). It looks beautiful – a glistening red – and while there is a touch of pine on the nose, the aromas are more akin to a fortified wine, a dessert Muscat, perhaps, with toffee to the fore. There's plenty of luscious malt flavours too amid its thick body, with a toastiness and spicy warmth late on plus some Olde English marmalade flavours and bitterness too.

It's tough to think of any beer quite like it brewed in Australia so, if it sounds like your kind of thing, there's only 499 bottles left to hunt down.