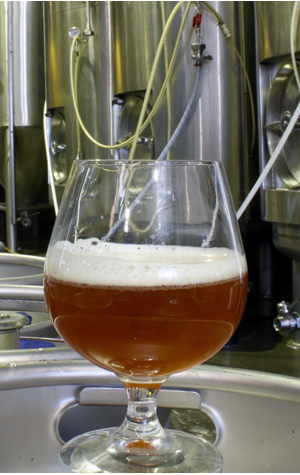 In recent years, Hargreaves Hill founder Simon Walkenhorst has been spending time in American each year, visiting breweries and bringing back ideas to help broaden his brewery's horizons and improve its beers. Some of those learnings are poured into a beer inspired by those that have come to dominate the American craft beer scene, the West Coast IPA style Zenith.

The 2016 version is the fourth Zenith to appear, this time brewed with plenty of punchy US hops – Warrior, Simcoe and Chinook – added at multiple stages in the brewing process to maximise their flavour and aroma impact. Head brewwer Kai says the result is: "bright layers of citrus, pine and resin in a classic representation of this New World style" and an enhanced bitterness.

It's a limited keg only release, so if it sounds like your kind of thing hunt it down around Victoria before it's gone...