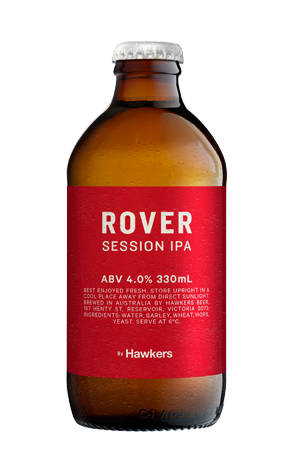 And it's pretty much as outlined in those conversations: session strength beers to be sold in 12-packs (of old school stubbies) at little more than $30 a pop. The first two Rover beers are this Session IPA and a Session Ale – which is listed here. The IPA comes with the lower ABV, but presents as a bigger beer.

Darker in hue, it's based around peach/nectarine hop aromas and flavours (with perhaps a hint of citrus in there too), supported by a touch of malt sweetness and a bitterness that's broad without being overpowering.