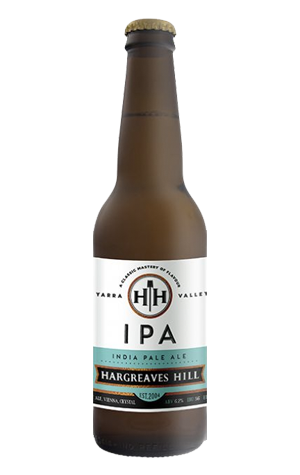 If you kept tabs with Hargreaves Hill over the years, you'll have come across Zenith. It was the name for an IPA that was semi-regularly brewed and tended to evolve a little each time while remaining firmly within the US IPA realm. When it came time to rework the core lineup as the brewery rebranded in the first half of 2018, it was decided that Zenith should get a guernsey, albeit not one with its name on.

To bring it in line with its five peers, the beer was renamed, simply, IPA. The version they landed on is one brewed with a combination of US and Aussie hops – Simcoe, Galaxy and Chinook – that deliver hop aromas and flavours that flit between tropical/citrus and earthy/piney, all set against a slightly weightier malt backbone that you find at many breweries these days. Its big little brother, Kenneth, Son of Zenith, keeps the family name alive in bigger, ballsier fashion.