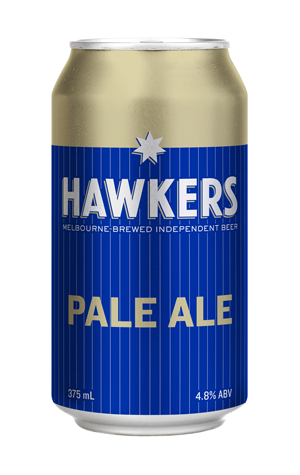 The first beer with which Hawkers are reinventing their lineup is their new Pale Ale. Not only is it the first to feature the new look, but it's a rather different beast to the one with which they launched the brewery in 2015.

The brewers have stripped out all caramel malts to reduce sweetness and upped the load of American hops (Amarillo, Centennial, Mosaic, Citra and Chinook) to a not inconsiderable eight grams per litre. The outcome is a pale yellow beer that explodes with predominantly tropically fruity hops, delivered in a manner that's more lean than rounded and juicy, and finishes with a suddenness reminiscent of a conductor bringing his orchestra to a halt with a dramatic downward chop of his batons.

UPDATE: The above was written on the day the first cans came off the pack line. Having revisited a week or two later, the finish isn't quite so dramatic, with the hop flavours opening up and lingering longer. Which is a good thing.