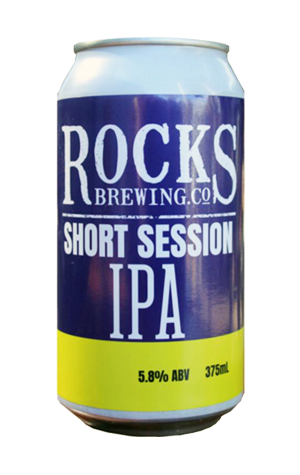 Short Session started life as a small batch trial as a session IPA, bringing fruity punch but with a little less oomph than most IPAs. Butm as it started to win people over - not least the brewers - it got re-brewed on a larger volume, with an extra blast of hops, and a jump in ABV, bringing it from its original 4.6 to up to 5.8 percent.

So, what can you expect from a session IPA that’s no longer a session IPA? It’s managed to keep its clean profile and approachability. Its flavours are citrus-forward, with a bright lemon zing, but with an edge of pine and an undercurrent of caramel carrying it along. There’s a bitterness that points to its style but doesn’t whack you in the face.

In terms of drinking experience, this IPA has held onto its session IPA roots, just with an extra nudge of flavour. You can still have a session on this. But be aware that it may be a short one.