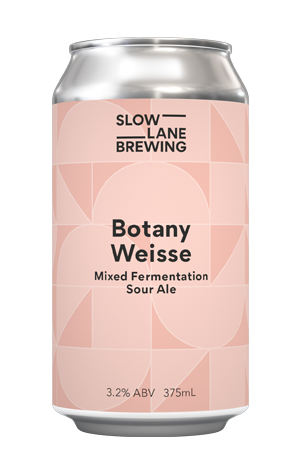 The rise of sour beers in their very many forms was one of the standout features of the second half of the 2010s. Just as they come in many forms, they're made via many methods and thanks to advances in yeast development and supply there are many beers on the market inspired by German Berliner Weisse that are produced in pretty much the same manner as your common or garden pale ale. But Slow Lane is the name of this brewery for a reason: they want to do things slowly and, some would argue, properly.

Their Berliner Weisse – which also comes in a range of fruited, barrel-aged varieties – isn't boiled but is fermented with a mixed culture of the Voss kveik yeast strain, lactobacillus souring bacteria and Brettanomyces. The result is a beer worthy of Napoleon's troops' epithet: "Champagne of the North."

By going at it the hard work way, you're presented with a pale as anything yet still hazy beer with a soft and deep sour aroma that carries a hint of brininess. This leads to an experience that's crisp and spritzy, with lemon rind and a faint sherbet sparkle creating something refreshingly acidic. It's a really delightful showcase of yeast, bugs and love in a low alcohol beer.

A few months in and Slow Lane already feel like the real deal.