These days, the Australian beer world is well stocked with adventurous brewers. There are those who make diversity and a lack of limits their stock trade, while there are few who don't like to dabble outside the realm of style guidelines once in a while.

Yet, for a long time, as the majority of local brewers looked to learn their craft and chip away at Aussies' reluctance to embrace more flavoursome beers with beers of the pale ale, porter and pilsner ilk, there were a few who stood out with their spirit of adventure: the likes of Richard Watkins at Wig & Pen (now co-owner at BentSpoke), Brendan Varis at Feral, Scott Wilson-Browne at Red Duck, and the brewing team at Murray's.

The last of these was, for a number of years, comprised of the original (and now returned) head brewer Graeme Mahy and his assistant turned head brewer Shawn Sherlock. Late last year, the latter announced he was moving on to embark on his own venture and, last month, that new venture finally opened its doors as FogHorn Brewhouse in the centre of Shawn's beloved hometown of Newcastle welcomed its first guests. As with Richard Watkins' move to BentSpoke, the anticipation – both locally and among the wider beer world – was great and, to date, it has been matched by full houses throughout the week.

"It's been a baptism of fire," says Shawn (below right). "We had really bad storms the week after we opened so straight away we had some damage to the building but also had staff who got flooded in and couldn't get to work. We had to shut as the SES advised us to get out of town!"

That said, the opening few weeks – biblical storms apart – have been a case of "so far, so good" with crowds flocking to the 250 capacity, solar panel-covered venue to sample beers from its 16 taps and one hand pump as well as the US-inspired food and pizzas on offer. 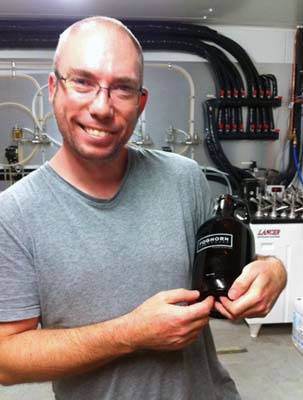 "We've been moving a lot of beer and the response has been really good," says the Newcastle University historian turned former Australian Brewer of the Year. "We had a few teething issues with the kitchen but that was partly down to the sheer volume of people.

"We didn't launch the website properly at the start as we just wanted to open and not get completely smashed. But in the end we got smashed anyway because word of mouth."

The King Street site where they've been moving that beer dates from the 1930s and has been through many incarnations: a Ford workshop, surf board shapers among them, before being reborn as a brewpub. Much of the original structure remains intact – when you visit you'll understand why – with the brewery and tanks lining the side and back walls alongside the kitchen and a long bar in front of both serving the guests. It's a joint venture for Shawn, who had been looking to opening his own brewpub and give Newcastle its own brewery for years before entering into a 50/50 partnership with American businessman James Garvey, who has lived in the region for 20 years and owns many of the buildings at the city's airport.

"We used to sell [Murray's] beer to the airport so I knew him from that," says Shawn. "We had both, independent of each other, been looking at doing a brewpub. I'd been looking at sites out of town but he'd found this place that I couldn't afford on my own."

This they got chatting and FogHorn was born. To date, it operates on a restaurant license – ie you must buy food with your beers – but Shawn says the intention always was to have the restaurant front and centre, in part to prove to the authorities that it was a responsible venue in light of recent licensing issues in the city. And thus far they're proving to be just that with guests more than happy to tuck into the Philly cheesesteaks, New York style hot dogs and hogies, not to mention the pizzas.

When we chatted to Shawn, he had filled nine of his taps and the hand pump with his own beers, which are poured fresh from the tanks. The others have showcased local friends, such as Potters from the Hunter Valley, Six String from Erina and Black Duck from Port Macquarie. Whether a couple of taps will always be kept for guests once he's brewed enough beers of his own remains to be seen.

Certainly, the public's response would suggest they've got a taste for what he's offering, with a few tanks turned over already and some beers running out within the first few weeks. Among the most popular have been two IPAs, including the Boganaire brewed in tribute to an infamous Newcastle businessman, and a couple of lower alcohol beers, including a 3.4 percent US style brown ale. The biggest seller "by some distance" has been a hoppy summer ale. 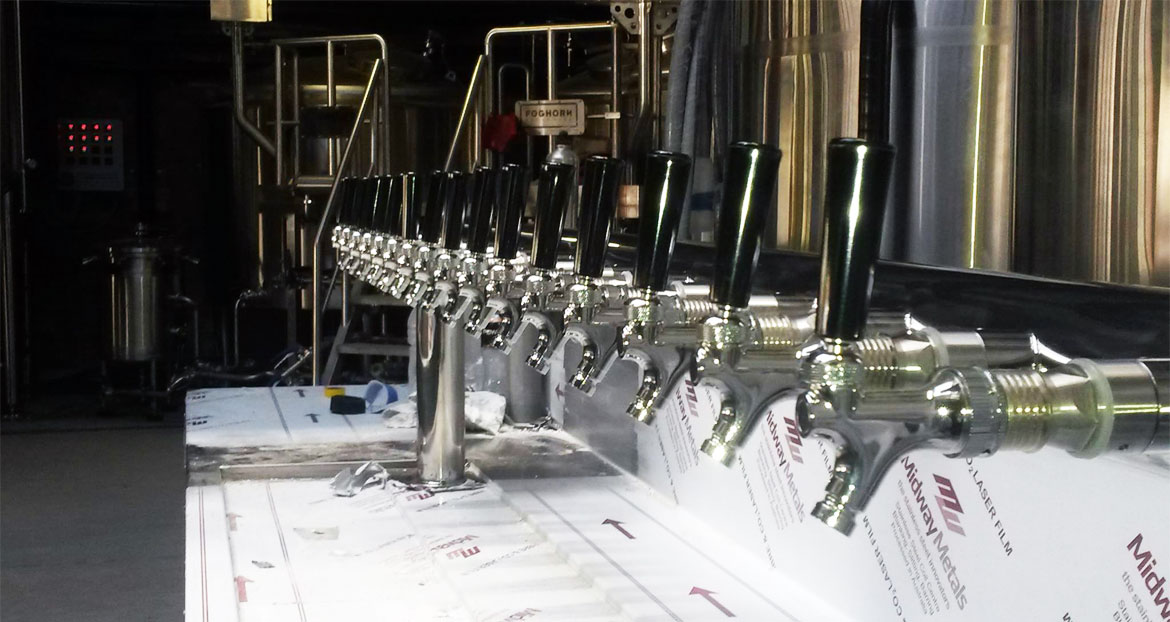 Shawn's love of Belgian style brews is on display too.

"There's a Belgian blonde I'm really happy with," he says. "And one called the Foggy Brew: a Belgian inspired pale ale that's a little bit different.

"There are some big stouts coming. And, once we find our feet and get everything settled, we will start to work on some barrels."

As for the name, FogHorn, the reason will be obvious to locals. For everyone else, Shawn explains: "We wanted a name that had a Newcastle connection. Newcastle harbour is the busiest coal port in the world and when the ships come in they sound the horn at all times of day and night.

"It seemed a fun way to have a connection [with Newcastle] and gives us scope to work with names for our different beers."

FogHorn is open seven days a week from 11.30am.