We’ve all been to pubs we really like. Often we’ll go back to them. Sometimes we’ll tell our friends to go there too. At a push, we might even write something nice about them for strangers to find. But only very rarely does someone become so filled with inspiration that they decide to quit their job and open one of their own in their hometown. Yet that’s what Chris Cooper has done – taking the bits he loved about the bars he drank in when working on the mainland and implementing them in the Preachers Bar, a short walk up the hill from Hobart’s Salamanca Place. 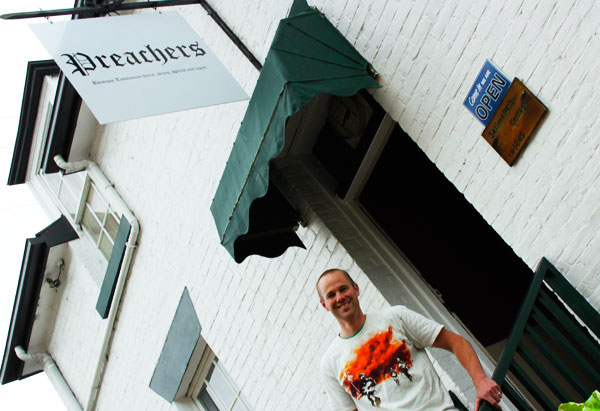 In a converted cottage straight out of England’s Cotswolds region, he’s creating a kind of semi-rural Taphouse in the heart of the city’s wining and dining district. Ten taps offer nothing but Aussie micro-brewed beers (and the occasional cider) – most from Tasmania – while a hand pump installed by Two Metre Tall was pouring the brewery’s Forester real ale when Crafty passed through. The dedication to the local scene continues in the fridge, where Taverner’s range of honey beers lines up alongside Van Diemen’s, Ironhouse and more. Wines are also sourced locally, with many available by the glass, while mum runs the kitchen, producing tapas dishes, and dad can probably found doing handyman work somewhere (and is well worth stopping for a chat).

It turns out Chris went on some sort of team-building exercise funded by his old company during which one speaker hired to inspire them hammered home the message that you should do something you enjoy for your living. The ploy backfired on his bosses as he promptly quit and set about moving to Tassie and opening the pub. 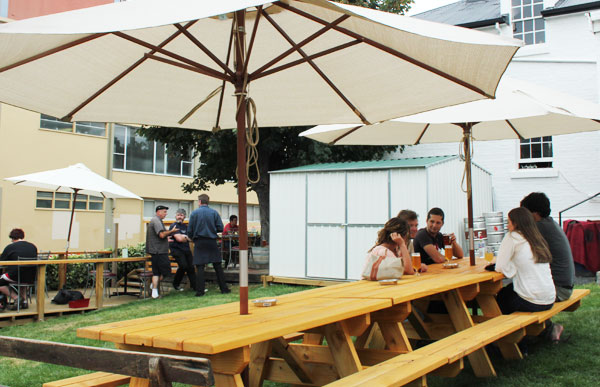 Since taking over the former curry house, the place has been given a full refurb, making every room a cosy nook and laying a lawn over what was a car park. Some swanky decking and benches have been built, an outside bar-in-shed erected and walls painted white so films can be projected onto them. Crafty’s visit was only fleeting, but the work-in-progress is looking great and for people with no experience in the industry beforehand they’ve plenty of grand ideas and are learning fast.

If you’re in Hobart, it’s well worth checking out at 5 Knopwood Street and as good a place as you’ll find to sample a wide range of beers from the state’s growing craft beer industry. You’ll also find them on Twitter and Facebook.