The first time Michael "Brookesy" Brookes took a brewery tour at Stone Brewing in Escondido in 2009, he stuck a Bootleg Brewery bumper sticker onto a window of one of the offices. The following year, the head brewer at Margaret River's longest established microbrewery returned and was amazed to see the sticker was still in place.

"I thought that was pretty cool," says the self-confessed West Coast IPA lover.

He made his third visit to Stone when back in San Diego for the World Beer Cup. The occasion was the launch of Saison du BUFF, the brewery's three-way collaboration with Dogfish Head and Victory.

"I put a Bootleg hat on [Stone Brewing founder] Greg Koch (in the video below right) and got chatting to him," recalls Brookesy. "A while later, I got a phone call saying he was coming to WA.

"When he came to Margaret River, I took him and his partner mountain biking and they spent time at my house. He really liked our black IPA and said Raging Bull was a great beer."

All well and good, you might say. After all, it's well known that there's a camaraderie between brewers and beer lovers that frequently brings likeminded souls together. If you're in the beer world, there's a good chance you can find a friend anywhere.

Yet, at 6am local time in Wilyabrup this morning, the most remarkable, some might say unlikely, consequence of this chain of events started to unfold: Brookesy and fellow brewers Ryan Nilsson-Linne and Miles Levinson mashed in a brew of Stone's iconic Arrogant Bastard Ale – after knocking back an inspirational drop of the original, of course (pictured above).

Not an unofficial rip-off – or bootleg, if you like – but the real deal: a brew 100 percent endorsed by Stone – who have handed Brookesy the full recipe in all its gory detail – and brewed with exactly the same ingredients as used by the brewers in California.

It's part of Stone's "Arrogant Bastard Hits The Road" project that has seen them invite a tiny number of breweries around the world to brew their flagship beer. And it places Bootleg in some illustrious company: Maine Beer Company, Great Divide, BrewDog and Maui Brewing are the only other breweries to be invited to brew the beer to date.

"I told Ryan and his eyes opened right up," says Brookesy. "It comes down to personalities. I thought we'd be too small [to be asked] but I think they are looking for passion and location and such.

"I've got a lot of Stone merchandise and raced mountain bikes in their kit for two years before we started the Bootleg team."

The opportunity came with strict instructions. Brookesy wasn't to tell anyone about it outside the tight circle who needed to know for the brew to take place. The recipe is not to be shared. What's more, when the beer is ready, it is only to be served on tap at Bootleg's brewery bar: no bottling, no kegs sent elsewhere, no growlers [yes, we did ask and, no, he won't send us a sample]. For each pint sold, $2 is to go to a children's charity too – $1 from the drinker, $1 contributed by the brewery.

"It's only really been the minimum amount of staff that know about it," says Brookesy. "I caught up with [Mash head brewer] Charlie Hodgson over the Christmas period and when we went mountain biking together. I was talking about what we were doing in the coming year and not talking about it was really hard.

"I've got an Arrogant Bastard sticker in the back of my Ute so we were chatting about all these beers and I was looking at the sticker and laughing that I couldn't say anything."

He also had to order ingredients he'd never requested before from his main supplier, Bintani, but they didn't enquire as to what he was up to either.

"They must just have thought we were making something weird and wonderful," he says.

The Aussie Arrogant Bastard isn't the only big new beer on the horizon for Bootleg. Currently in fermenters is the brewery's first double IPA – an 8.2 percent ABV drop to be called Pants Down – while the first ever Imperial Raging Bull is ageing in Cabernet Merlot barrels ready to be packaged into just 1,000 bottles.

Should you wish to sample the freshest Arrogant Bastard in Australia, however, then the first tapping will be on March 4.

"I just hope that people get it," says Brookesy of the aggressively no holds barred brew. "They should know what they're in for." 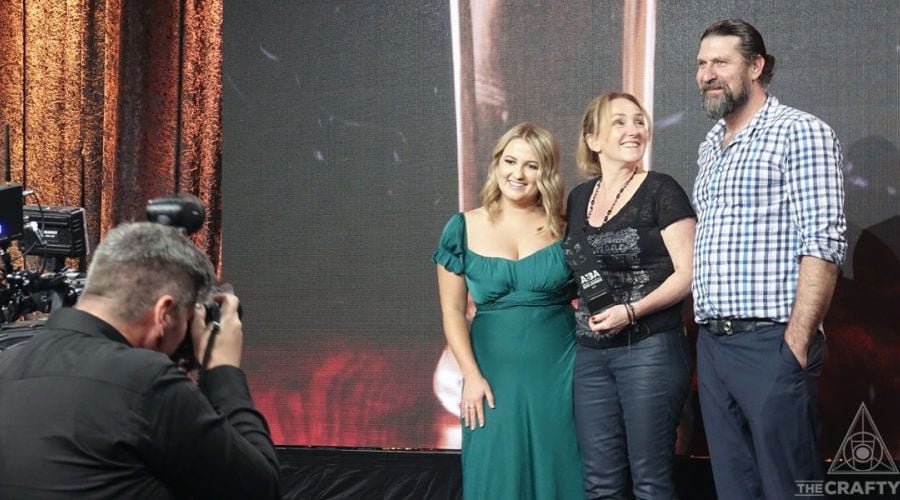