International Women’s Day, and its attendant collaboration brew, may have been and gone but in the brewing world the message remains loud and clear, thanks to the good work of Pink Boots Society, the global organisation dedicated to women working in the beer industry.

The Victorian chapter, which last year took out a trophy at the Craft Beer Awards for its Neneh Cherry Saison, is set to launch its most recent collaboration brew at Mountain Goat next Friday, which is also the date and location for the group's 2016 GABS brew.

Among those heavily involved in Pink Boots Society's Australian chapter is Two Row Bar commander-in-chief and Good Beer Week team member Tiffany Waldron (above middle with Jayne Lewis of Two Birds and Allison McDonald of White Rabbit). Ahead of the next brew day – and her bar's second birthday weekend – Graham Frizzell

For those who may not know, what is Pink Boots Society all about and how are you involved?

TW:  Pink Boots was established in America and we created a chapter here. It was basically founded to empower women in the beer industry and support them through education.

We’ve been making money, so when we make a beer and sell it all the proceeds go back into Pink Boots. We then give out scholarships to women who want to do something within the beer industry. [Women can] take courses and we set up a communal homebrew sort of situation.

How did it go down at the Pink Boots Society’s Brew Day at White Rabbit in March?

TW:  Kirrily [Waldron, AKA the Beer Diva] and I ran education sessions; we tasted heaps of beer – talking about where the flavours come from; how the brewing process affects [the taste] and how grains, malts and hops affect the flavour. This was really cool because there were heaps of girls – everyone from homebrewers to those who like to drink beer while learning about it.

White Rabbit brewer Allie MacDonald arranged the whole day. We talked about what the [resulting] beer would taste like, what we were going to add to it. We ended up adding Murray River pink salt and pepperberries – keeping it Aussie and pink-themed. Because we went with the gose style we knew we had to include salt, then we thought: "Salt and pepper – wouldn’t that be fun?"

What we did different this time was instead of only inviting people to come down and watch us brew, we arranged two beer [tasting] sessions – one a mainstream White Rabbit tasting, the other we went down the smoky and sour route so people could try different things. We did a tour of the whole Little Creatures [Geelong] campus too. It was different in that we got more people involved and rather than it be all about women who are brewers; for anyone interested in beer, not just girls!

Historically women were the brewers, and in some cases men were totally forbidden from going anywhere near the mash tun.  How did such a polar shift occur?

TW:  I would say when making beer went out of the homebrewing stage.  When large production facilities became the norm, I’d say that’s when the change occurred.

Parallel to the rise of craft beer culture in Melbourne, do you think there has been a shift – positive or negative – where female image and representation in beer as a whole is concerned?

TW: Yes I do think [the rise of craft beer] has made a difference. I would say it’s definitely not appropriate for anyone to expect to sell their product just because there are images of girls in bikinis holding it.

But I would say right from the beginning there were enough girls interested in craft beer. People [within craft beer] would not be so comfortable marketing beer using women. As a whole, the Australian craft beer industry doesn’t support [objectifying women].

Much has been made of some brewers, deliberately or inadvertently, alienating the female audience. What do you think is the antidote?

TW:  The only way you can really go about that is not buy the product. Thankfully, we don’t see much of that [in Australia], certainly not these days. Those brewers who market that way are pretty out of the loop in terms of what people want to see.

If a brewer looked at their market and said: "Okay, 60 percent of my market is [made up] of men who might be interested in my beer because there is a bosomy woman on the bottle."

But then the brewer is also looking at a third of the market that is not likely to buy that bottle of beer because there is something sexist or misogynist on it. Is that really worth it? Definitely not in the long run.

You relocated from the United States several years ago. Have you noticed any difference between the beer cultures of the two countries where gender roles are concerned?

TW:  I moved here when I was 22 and wasn’t involved within the beer industry so much in America. But all my girlfriends back home who drink beer go out and seek interesting drinks.  Whether it’s beer, wine or cocktails, they are going to drink whatever suits their tastes. Whereas here, if I go out with a group of girlfriends, I really struggle with talking them into going to a place that has really good beer.

They reply: "I don’t drink lager." Then I’d say: "So you don’t like fizzy yellow beer!"

This is my most favourite part of talking to people about beer. It’s like a party trick.

I ask: "What wine or cocktail do you drink, do you like coffee or chocolate?"

From that I can pick some beers they might be interested in – whether it’s a chocolate stout, a wine barrel-aged saison or a sour beer. Doing that helps people open their mind instead of thinking beer is a yellow and fizzy drink. Beer might have characteristics of a favourite Chardonnay or the coffee you drank this morning. From there I can say: "Actually, maybe you do like beer, you just haven’t tried anything that wasn’t mass produced."

I even gave MoonDog's Bad Boy Bubbly [a beer that aimed to recreate champagne using only beer's four key ingredients and some sugar] to a group of girls at a hen’s night and didn’t tell them they were drinking beer!

Can we expect any surprises from Pink Boots Society in the near future, particularly at this year’s Good Beer Week?

TW:  We are doing a GABS beer! We’re locking in the final style and we will be brewing it at Mountain Goat on April 8. Hopefully we will have a beer in next year’s top 100 (Hottest 100 Poll). We’ll have a Pink Boots stand at GABS where we will have beers brewed by women from all over. We are offering another scholarship this year as well.

Finally, what would comprise your Ultimate Pink Boots Society Australia vs USA six-pack?

Thanks ever so much for talking to The Crafty Pint.

TW:  Thank you, no worries!

You can join Tiffany and the Pink Boots crew at Mountain Goat on April 8. 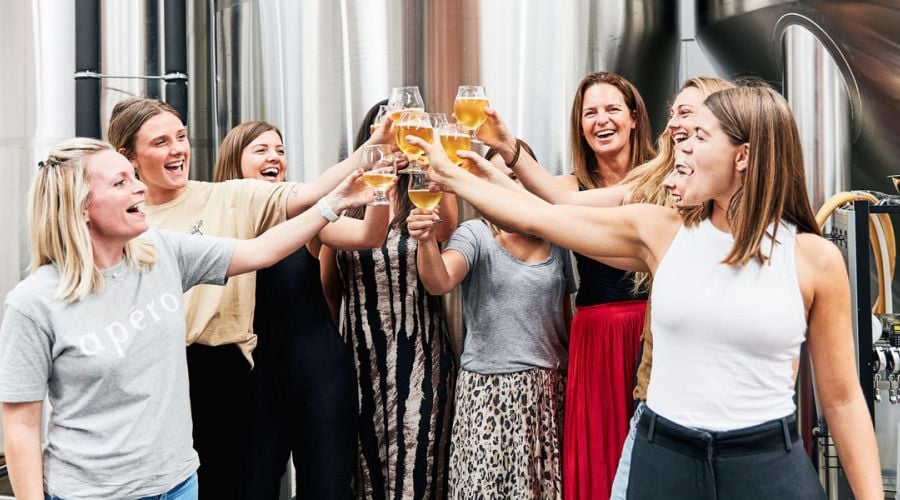 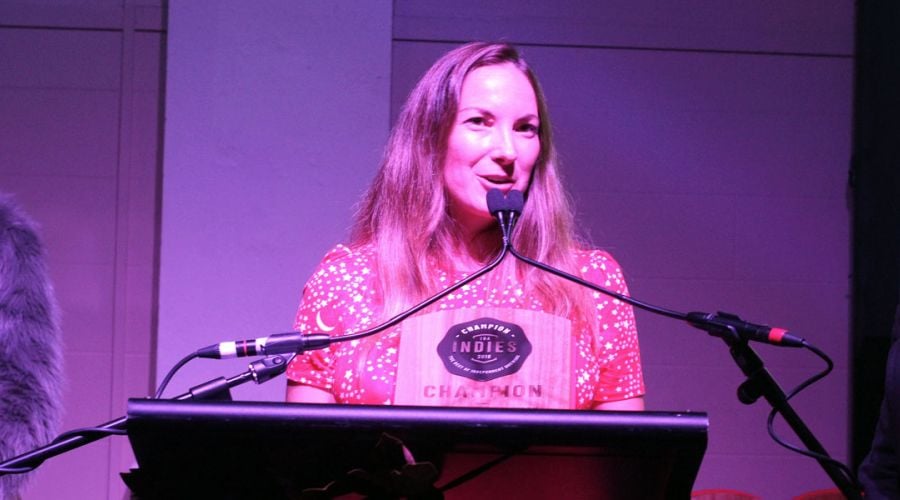