Julian Lelah leapt from his surfboard and on to a bus that is driving an important road safety message for beer tourists. The idea for his Margaret River Brewery Tours came from an argument with fellow waveriders about who would be designated driver for a well-earned thirst quencher at one of the growing number of good beer joints in the region.

"These tours existed among us for a couple of years before it became a serious business," says Julian.

Tours that take in the breweries of WA's South West aren't new. But Julian's itineraries are the only ones currently to focus solely on beer. There are no visits to any forests of vineyards, confectionary posts or fresh produce caravans: just locally brewed beer.

Bootleg, Cheeky Monkey, Colonial, Cowaramup, Black, Beer Farm and Eagle Bay are among the breweries on the Margaret River Brewing Tours list, with a growing number from which to choose. When Julian first dabbled in the tours four years ago, a sixth brewery had just opened in the region. By next year that is expected to have doubled.

"I spent a lot of time surfing overseas but would always come back to Margaret River," says Julian, whose passion for his job abounds comes across as we chat. "But we'd still surf here in the mornings. Then we'd fight over who was going to drive to the breweries.

"One day we hired a bus. It grew from that. We found there were 30-odd tours of wineries in the area but none that were exclusively visiting breweries.

"So we had the concept of building a tour that we would want to be on. It doesn't start before 12pm because I never liked drinking alcohol before noon and we don't rush. There is a chance to have more than just a tasting paddle at each brewery. And we do tours inside breweries.

"As Brookesy (Bootleg's Michael Brookes) said to me, our tours have joined the beer dots in the region."

A similar spike in the desire for tastier brews has prompted a new Brisbane company, Hop On Brewery Tours, to provide a similar service. We reported recently that the Adelaide iTour business was now taking beer-only journeys around SA, while Dave's Brewery Tours has a strong presence in Sydney and Melbourne has three: Ben's Brews Tour, with whom we've partnered for our Pint of Origin Bus Tours at Good Beer Week, Aussie Brewery Tours and Melbourne Brewery Tours (managed by another Crafty Pint contributor).

"There are so many different styles in the region and if we give some people a new taste or two then I think everyone has benefited – me, the brewers and the clients," says Julian of his Margaret River venture.

"After all, beer tastes best where it is made."

Julian also estimates that he expects to inject $250,000 into the Margaret River region through his tours over the next 12 months, which is a boost, he says, for “an area that has high under-employment.

“Even the lunches source local meat from the Venison Farm and McHenry Hohnen on Caves Road so it is helping create jobs.”

The package of breweries in such a beautiful part of the world is a double-edged sword. While the surroundings complement the consumption of beers such as Wils Pils, Hagenbeck, Small Ale or Cowaramup's Hefeweizen, they also pose dangers for drivers unused to such environments.

WA has endured a horror stretch on country roads. In one March long weekend, 11 people died in rural car accidents. While these tragedies didn't occur around the South West breweries, the highways and side streets lined by gravel edges and thick trees have a history of perils.

One of the initiatives of Margaret River Brewery Tours is the presentation of six-beer tasting paddles at each venue: just one would put any perspective driver over the legal limit. As such, even locals are using the service; a taxi journey from Margaret River to Bootleg would be around $60 alone.

"You can go to a wine cellar door and consume very little alcohol to get a taste," Julian says.

"But to get the best of a beer you need quite a lot more. And some of the percentages of craft beer can be quite high. A (Bootleg) Raging Bull is 7.1 percent.

"People also underestimate how many kangaroos there are jumping around and you would want to know the roads well regardless. Some of the bends are sharp and jump out at you."

So, just as he did five years ago with his wave-riding mates, Julian is giving people the opportunity to delve into South West beer – and get home safely.

Find out more about Julian's tours via the Margaret River Brewery Tours website. And, if you're a Crafty Cabal member, look out for a giveaway of two tour tickets coming soon. 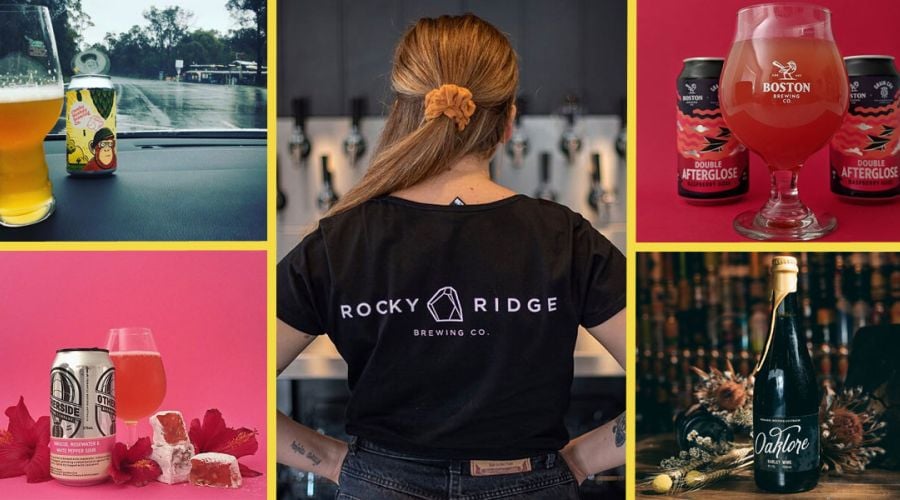 Just as it kick-started the modern craft beer industry, once more WA kicks off our annual Best New Beers series. Guy Southern canvassed more than 30 beer experts to come up with the best of the best. read on