WA brewery Gage Roads today announced that it intends to buy back all shares owned by major shareholder Woolworths to "return to its founding ethos and heritage of being an independent brewer of high quality craft beer."

The news came in an ASX announcement released earlier today, accompanied by details of a five year "Returning to Craft" operational strategy. The retail giant had purchased a 25 percent stake in Gage Roads back in 2009.

Since 2010, more than $25m has been invested in the brewery while Gage Roads' own brand sales have grown to the point where, at 2.5m per annum, they're the sixth biggest seller in the broader "craft beer" market, one that includes the likes of James Squire, Matilda Bay, Little Creatures, Cricketers Arms plus Coles and Woolworths' brands. The Palmyra brewing company is currently producing 8.5m litres of beer for other brands too.

More recently, orders from Woolworths have been declining as Gage Roads' own reworked, improved and rebranded range has gained in popularity. The brewery fared well at this year's Australian International Beer Awards, collecting the prestigious Champion Australian Beer for its Little Dove, which is set to join the year round packaged lineup imminently.

Now, with the announcement of the intention to buy back and cancel the Woolworths shares, Gage Roads bosses plan to target the 75 percent of the beer market that wasn't previously open to them.

Gage Roads managing director, John Hoedemaker, said in today's statement: “The proposed transaction gives our shareholders, and the Gage Roads management team, the opportunity to buy back the brewery and return Gage Roads to its founding ethos and heritage of being an independent brewer of high quality craft beer.

“We launched the new five-year operational strategy earlier this year, underpinned by the rapidly growing demand for high quality craft beer in Australia. The final piece in rolling-out the strategy was achieving independence and the proposed transaction, we announced today, gives Gage Roads that flexibility and capacity.”

Given many observers in the beer world have been waiting to see which significant independent brewery would be snapped up next following Mountain Goat's sale to Asahi last year, there will be plenty of craft beer drinkers who welcome the news – even if the share price took a tumble as those in the financial market reacted to the ASX announcement.

The craft beer landscape has become increasingly complex in recent times. There's no clear, easy or accepted definition as to what "craft beer" is or means, while the growing prominence within the broader sector of the two major retailers Coles (Steamrail, Lorry Boys, 3 Pub Circus) and Woolworths (Sail & Anchor, John Boston, the 25 percent share in Gage Roads) plus moves from Asahi (Cricketers Arms, Mountain Goat) and Coca Cola Amatil and Casella under the Australian Beer Co banner (Yenda) has led many in the craft beer community to focus on the independent ownership and provenance of beer as a crucial factor in any debate about "craft".

While their publicly listed status means Gage Roads still stands apart from the vast majority of small breweries, if shareholders approve today's proposal, their strategy goes as planned and they succeed in "Returning to Craft" then, as well as having more retail opportunities to explore, they'll no doubt be hoping drinkers who have shunned their beers due to ownership concerns will take another look too.

You can view the full statement and media release from Gage Roads on the Brews News site here. 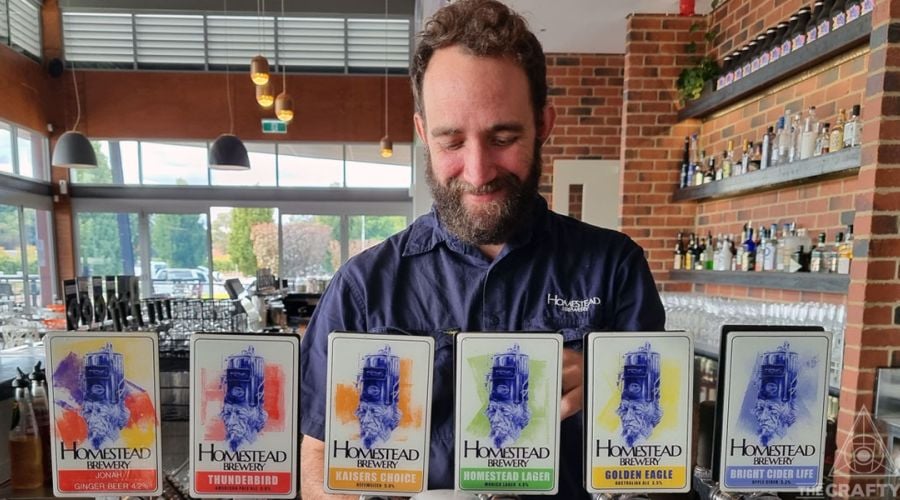