A graphic designer and an IT worker form the unlikely pairing behind one of Tasmania’s newest breweries. Carla and Tom Bignell recently opened the doors to T-Bone Brewing Company on the North Hobart restaurant strip. Situated just a couple of blocks up from Shambles and a couple of blocks down from The Winston, they're well placed to take advantage of the growing enthusiasm for craft beer in NoHo.

Described by Carla as the brains of the brewery, Tom got into homebrewing in his university days. “It’s ironic,” he laughs. “It was supposed to save me a few dollars and has ended up costing me a lot more.”

Tom’s father Peter Bignell runs the Belgrove distillery at Kempton and, for the last two and a half years, T-Bone has been brewing from there.

“It cut a lot of the red tape in terms of working at a commercial scale,” says Tom. “But we were still only producing batches of 50 to 100 litres. In the new premises we’ve got the capacity to produce 1,000.”

Their brewery arrived in Hobart from China in February 2016 and took three months to build. After working their way through a few language barriers – one of the two engineers who came to work on the installation didn’t speak any English – they got the equipment up and running and the focus turned to scaling up production on a system with some uniquely environmentally friendly features, of which more later..

While the cellar door has only been open for a few weeks, T-Bone has been brewing for six months at their new home, producing four core beers. The Choc-Milk Stout has been a hit from day one, perhaps down to its appealing name, maybe due to its smooth nature and delicious aftertaste. It’s a sweet stout brewed with lactose (milk sugar), and finished with cacao nibs and vanilla.

The T-Bone Pale Ale is based loosely on classic American-style pales and is what the couple tags a "clean, crisp, crowd favourite". Then there's the Golden Ale, Carla’s favourite, which has a lovely, spicy and floral aroma, and Tom’s favoured choice, an IPA that, as you’d expect, delivers big hop flavours and a citrusy nose while remaining accessible.

In addition to the core four, Tom has worked on a number of seasonals, including a Festival Lager for the Oktoberfest event at Hobart's Jack Greene earlier in the year and an autumnal pumpkin ale. When The Crafty Pint paid the brewery a visit, they’d just had 400kg of watermelons delivered in preparation for a soon-to-be-launched watermelon wheat beer – a prospect that has Tom and Carla looking slightly daunted.

“When we were working on smaller scale we only needed ten litres of watermelon juice to do this,” says Tom. “This year we need 120 litres.”

Tom admits there have been challenges involved in the upscale and he has had a number of batches that have needed some tweaking. But he also confesses that it’s an enjoyable part of the process.

“It’s the great thing about brewing,” he says. “it’s a constant process of learning.”

Both Carla and Tom say it was the experiences they’ve had in Tasmania over the last few years – at events like the Hobart Twilight Market – that gave them the confidence to take the next step and open their own cellar door.

“It’s really valuable doing things like the markets,” says Carla. “We’ve been given so much useful feedback which we’ve taken onboard, and we’ve been able to gauge the reaction to different products.”

Now that T-Bone has opened its doors in Elizabeth Street, Carla and Tom are continuing to discover what attracts different drinkers to the venue and also believe the range of places opening up around the Tasmanian capital is helping to bring craft beer to new audiences.

"We’re keen to attract all kinds of drinkers," says Carla, "and that’s the nice thing about the number of places opening up – people can pick and choose what they like and not feel intimidated by the concept of craft beer.”

At this early stage, The Bignells aren’t offering a full food service at T-Bone. There are antipasto plates and a nearby Italian restaurant offers pizza delivery, but for now the focus is very much on the beer and the rather unique brewing processes.

In an Australian first, the brewery runs on converted waste oil. It’s an idea Tom claims to have "stolen' from his father’s work at Belgrove Distillery. They collect used cooking oil from local sources, including one of the fish punts on the Hobart Waterfront, and run it through a converted diesel oil generator. The resulting steam powers the brewery equipment.

In another nod to sustainable business practices, and maintaining the connection with T-Bone’s Kempton roots, the spent grains from the brewing go back to feeding stock on the farm at Belgrove.

The results of this unique brewery-distillery relationship will be available for tasting at a joint Belgrove and T-Bone Boilermaker event in January, where Peter and Tom Bignell will pair their beers and whiskies. It’s hard to see where the watermelon wheat beer might fit into that equation, but we hope to be pleasantly surprised.

You'll find T-Bone at 308 Elizabeth Street, North Hobart, with the doors open on Wednesday and Thursday from: 4pm until close and Friday to Sunday from 2pm until close

T-Bone beers are also available on tap at several venues around Tasmania and through the cellar door, where they offer growlers and refills. 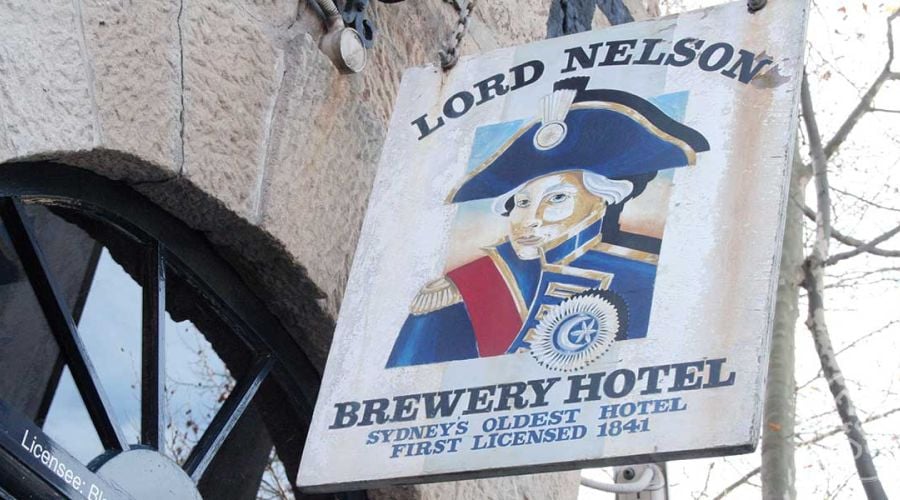