The Crafty Pint was only six months old when the suggestion was first made: would the site be interested in helping promote an event – something beer-related and sizeable – taking place sometime around that year's Australian International Beer Awards? Sure. Why not?

It's quite remarkable where that conversation has led. That one event became more than 50 just nine weeks later in May 2011 and took on the name Good Beer Week. Less than six years later, today sees the program launched for the seventh Good Beer Week – with a two day Gala Showcase in the Fed Square Atrium, approximately five metres from the Beer DeLuxe doorway where the initial conversation took place.

Today also sees tickets go on sale for this year's GABS Beer, Cider & Food Festivals, the event that was formerly the Great Australian Beer SpecTAPular and has been the largest event in the Good Beer Week program since joining the party in 2012.

Taken together with the 25th anniversary of the Australian International Beer Awards (AIBA), it's easy to see why these ten days in May in Melbourne have become a significant date in the calendar far beyond the local beer industry and the beer lovers that help it grow.

Tickets are on sale for all Good Beer Week events from 9am today (March 16), with all bar GABS and AIBA accessed via the GBW website. GABS tickets – for Melbourne, Sydney and Auckland – are available here while anyone planning to attend the Awards Dinner for AIBA can contact the organisers direct. You can also peruse the full GBW program in print form, either by picking up a program from the Gala Showcase, downloading it from the website, heading to one of the participating venues, or by downloading the app.

The Crafty Pint is getting involved again with Pint of Origin, which this year has expanded slightly again and is pushing into the increasingly crafty suburbs south of the Yarra; look out for three suggested PoO Crawls taking in different regions of the city in the run up to the festival as well as the usual array of rare and unseen beers and breweries, pop-ups, prizes and more.

It's just a small part of the independent, not for profit festival, which is introducing a number of new features in 2017 (see our Q&A with program manager Shev Kerin below). And look out for changes at GABS too, not least the introduction of a third container to allow them to host up to 180 festival specific beers and ciders plus container top stages on which entertainers will perform.

Good Beer Week kicks off with the Official Launch Party at Beer DeLuxe Fed Square on May 12 (where Crafty Pint supporters can look out for a VIP Crafty Cabal bonus) and runs through to May 21. GABS then hits Sydney on May 27 and Auckland on June 16 and 17.

With such a big program to peruse, we ask the woman who's been pulling it together (pictured above left outside last year's Abbey Collaby, one of the events that's been part of the program since year one) for some tips...

How does it feel to be running a festival now in its seventh year?

Every year has its own challenges and highlights, but I think the best part has been watching how the beer industry has grown up with it too. The last seven years have seen massive changes in Australian beer, so being some small part of that is a very cool thing for us.

What is exciting you most about this year's Good Beer Week?

Bringing over a crew of incredible beer people from Portland, Oregon, as part of our new Good Beer Mates program. It's something we've been working to get off the ground for a while, so to be able to bring over beers (and people) from amazing breweries like Commons, Breakside and Deschutes is pretty special.

You can guarantee I'll be lining up for beers at The Catfish more than once during the week.

Is there anything new on the program repeat visitors won't have seen before?

The Good Beer Mates program, as above. We've also got a revitalised Beer School with more advanced subjects thanks to Boatrocker, a series of paired lunches through our Smudge Eats Menu presented by Mountain Goat, and our Mega Dega dinner has had a facelift too. And then there are all the new events from venues!

How has the team risen to the challenge of keeping what's the biggest beer festival of its kind in the Southern Hemisphere fresh and enticing?

I think the biggest part of it is following where the industry is going. Keeping up with beer trends, what people are interested in at the moment, and figuring out new ways to work with various breweries and companies.

The beer industry is such a creative space, so there are thousands of people out there all with ridiculously good ideas for events or ways to encourage beer exploration. We're always open to hearing those ideas, and just have to keep working on new ones ourselves as well.

What's the one event we'll definitely find you at as a punter?

I'll be at the Moon Dog karaoke night for sure. It's on the second Saturday after what will no doubt be a massive week, so just having a good time with my mates will be top of the list for me by then. And who doesn't love karaoke?

All photos by Kerry McBride.

Tickets are already sold out for Friday's session of the Gala Showcase, but you can still snap them up for the opening session this evening (where you can join The Crafty Pint for a masterclass with 3 Ravens on the Power of Sour...). 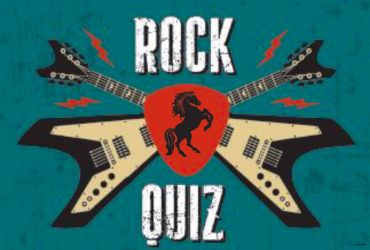