Breakfast In A Beer

Ever since Ben Kraus announced he was planning to make a breakfast beer to mark Bridge Road’s 500th brew, there’s been speculation as to what it might entail. Would it look to the Mikkeller series of Beer Geek Breakfast stouts for inspiration? Would it be a twist on one of the brewery’s existing beers (Crafty knows of one man who swears Bridge Road’s Saison is a perfect breakfast beer)? Or would it be something entirely different?

It’s something entirely different, of course: a breakfast beer that stops short of adding black pudding to the mash â but only just.

“It’s a smoked breakfast lager called A Dog’s Breakfast,” says Ben. “We’ve just mashed in with a range of different breakfast ingredients: loads of smoked malts for the bacon angle, 20kg of muesli from the company whose muesli we usually eat for breakfast, 2kg of locally roasted coffee beans, half a box of loose leaf tea as Steve [one of Ben’s brewers] is a tea drinker, some maple syrup, Beechworth honey and some raisin toast.”

If ever a brew has demanded an explanation, this is it. 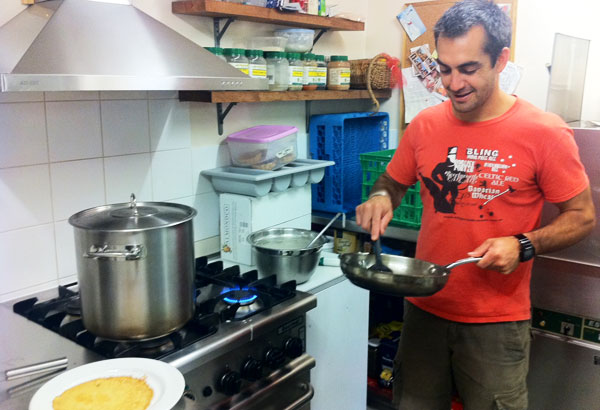 “Breakfast is a big part of our brewing as we start nice and early and then sit down and have brekkie together,” he says. “This beer is a celebration of that part of brewing. We also just wanted to have a bit of fun. We did think about adding eggs and bacon but figured it might not work.”

The resultant beer – which will be ready in a couple of months – will be a dark lager weighing in around 7% with a spicy hop character from the early addition of Hallertau and Herrsbrucker hops and a late addition of fresh East Kent Goldings picked from vines at the brewery. It will be kegged and put into bottles (most likely 750ml), with some kept to age.

It’s a far cry from brew number one, which took place on March 6, 2005, in the back of Ben’s dad’s house. Using the same system he brews on today, it was a beer called “Old Ale” that has since developed into the Bridge Road Robust Porter. In the meantime, there have been all manner of beers, from Barrel-Aged Imperial Porters to Belgian Black IPAs, quince Saisons and a medieval style braggot, released by the brewery.

“One of my all time favourites is the Saison,” says Ben. “It’s fun to keep working on the [Beechworth] Pale Ale, which we keep tweaking, and I’m pretty excited about the Hop Harvest Ale that we’ve done this year.” 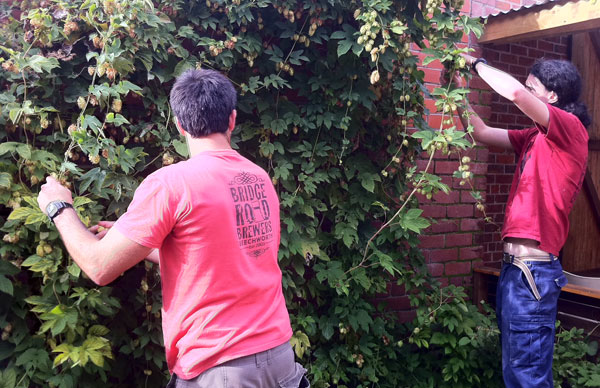 Speaking of which, the beer brewed last week using an experimental hop variety from nearby Rostrevor Hop Farm is due to be launched at High Country in the Big Smoke in April. Head here for details.

As for Brew 500, Crafty’s sometime cameraman Alister Robbie is in Beechworth filming the brewing process today.

“We want to give people an idea of what we’re up to,” says Ben.

We’ll bring you details of when the brewery has the finished film when we have them – as well as release details for the Dog’s Breakfast.